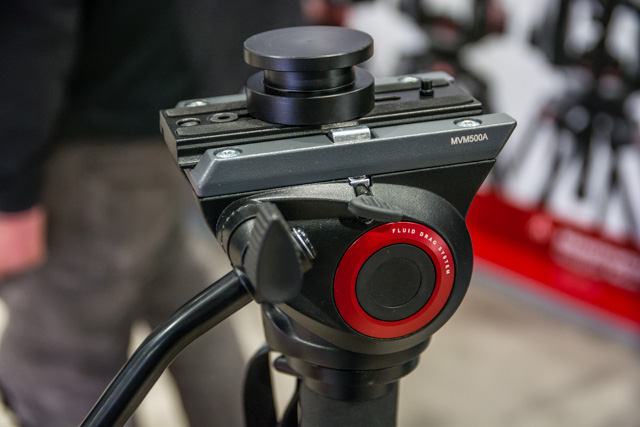 Manfrotto launched its new 500 video head at NAB 2013. It replaces the 701HDV and is resides as the entry-level head in Manfrotto’s Bridging Technology line of video heads. 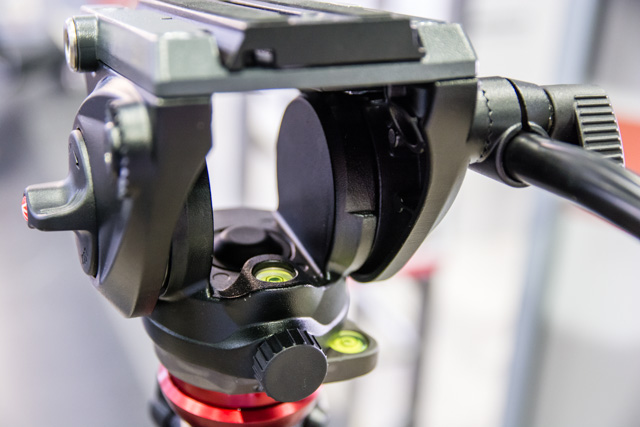 The 500 comes in three flavors: 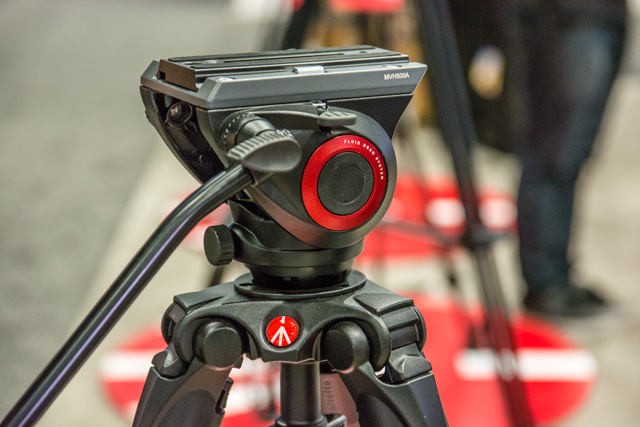 Having used the 701HDV before, it is clear after just a few minutes with the new 500 head that is a superior head. Manfrotto’s Bridging Technology gives the 500 a wider base to accomodate DSLRs and the fluid motion is very smooth on the head. 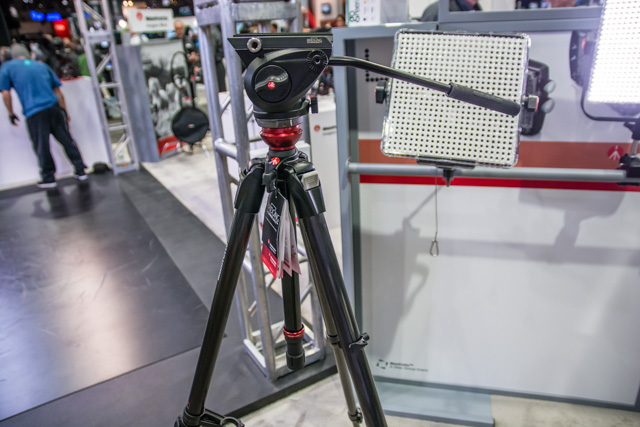 There are fluid cartridges on both the pan and tilt axes. It also has a fixed counterbalance around 5 pounds and can handle camera loads up to 11 pounds. 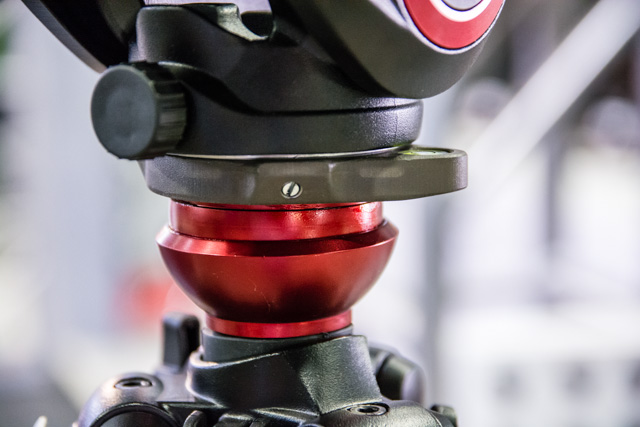 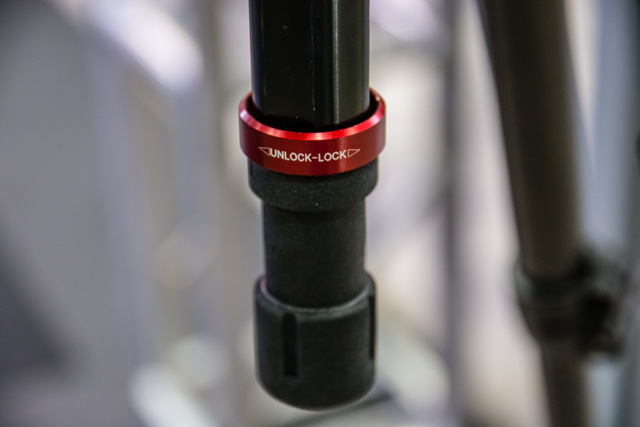 There is a nice 3/8″ accessory mount on the side of the head, which can be used for an external monitor, audio recorders or any other gear you want have at camera level via a cine arm. The pan bar can be attached to either the left or right side of the head. 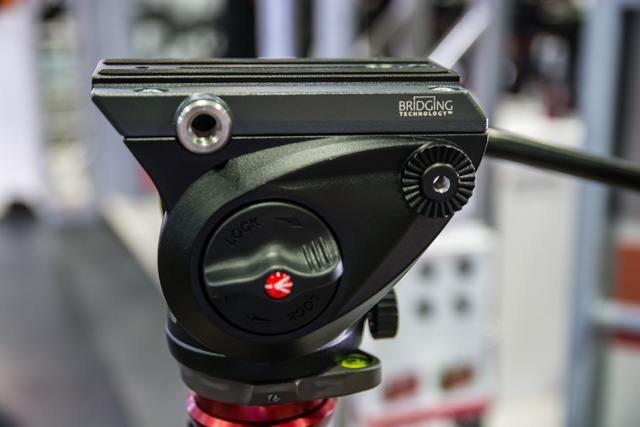 The monopod kit essentially uses the same head as the MVH500AH; however, there is no pan function at the head. Instead, the pan is handled at the base of the monopod with a fluid pan cartridge just above the feet of the monopod. 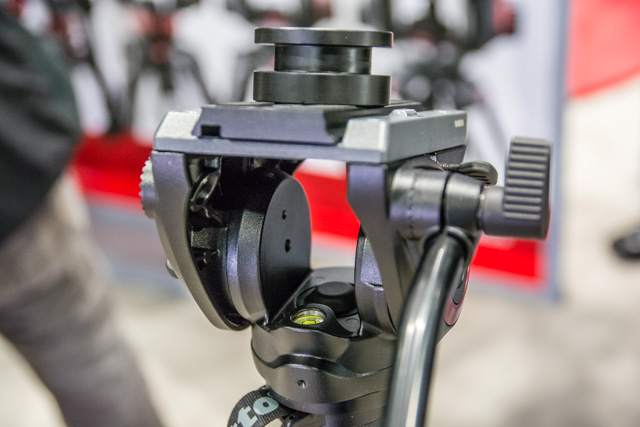 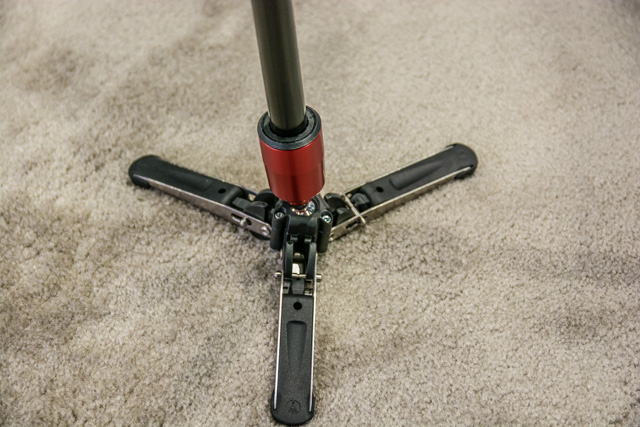 I previously reviewed the older versions of this unit and found them to be simply awesome. The new MVM500AH kit looks to be every bit as solid of a performer as the prior models. 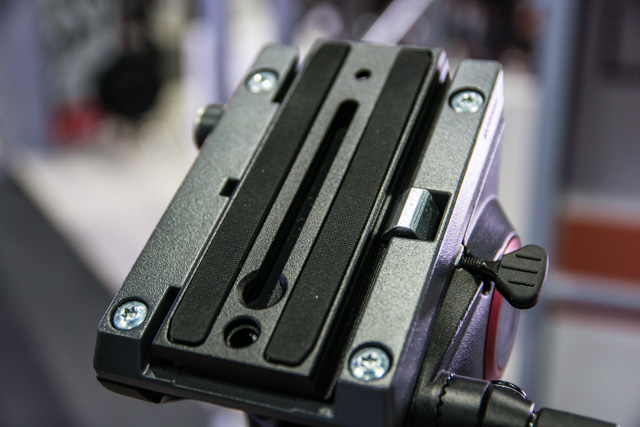 The mounting plate offers both a sliding function, which is common to video users, and a push-to-release catch used to lift the plate from the head, which is more common to photographers. 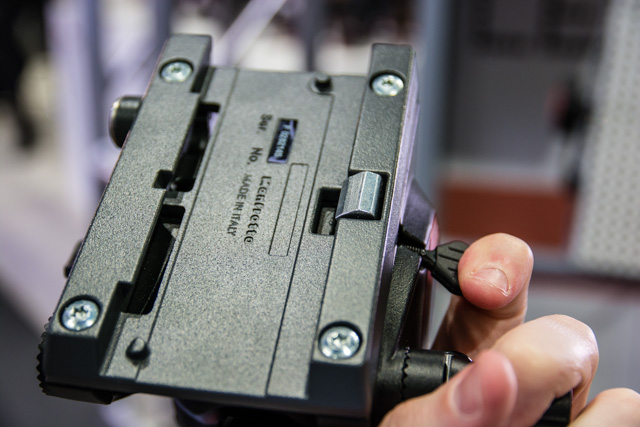 The design is intuitive to use and seems to do a competent job of retaining your camera without any accidental drops.