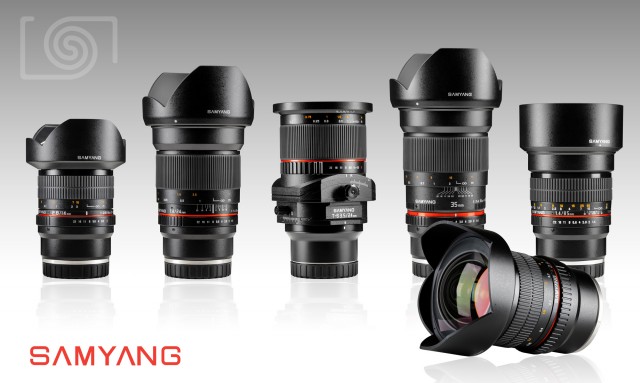 New Sony A7 and A7R owners can rejoice. Samyang has introduced five new full-frame lenses for Sony E-mount, including:

So far, only the 14mm f/2.8 lens is available for pre-order. Expect the others to follow soon.

With the warm reception we’ve seen from the Sony A7 and A7R, expect the third-party lens lineup to continue to grow for the Sony E-mount. Also, while these lenses were clearly released in response to the A7 and A7R, they are also compatible with the Sony APS-C E-mount cameras.