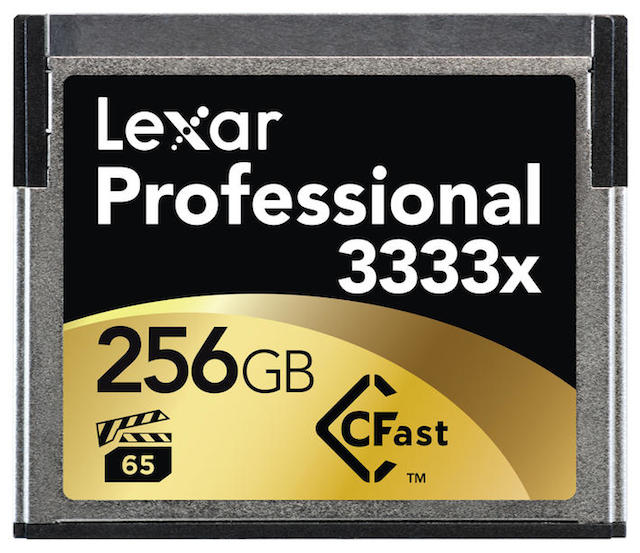 Lexar has announced a new CFast 2.0 memory card as the world fastest memory card with a write speed up to 500MB/s. The Video Performance Guarantee (VPG-65) specification guarantees a continuous minimum write speed of 65MB/s, which will enable the card to easily capture 4K video.

Of course, no camera manufacturers have announced compatible cameras for these fast cards yet. I suspect that we will see some pro DSLRs or cinema cameras from Canon that feature a CFast 2.0 card slot in the first few months of 2014. Likewise, ARRI and Phase One have committed to the CFast 2.0 standard. Nikon (the D4) and Sony (the 4K FDR-AX1) have adopted the XQD format in recent pro cameras, so we may not see anything from them.

If we don’t see CFast 2.0 compatible cameras this week at CES 2014, I think we will probably see them at least announced at NAB 2014 in April.

Lexar has not released pricing or availability info for the new CFast 2.0 cards, only stating that they are available for sampling for future implementation.