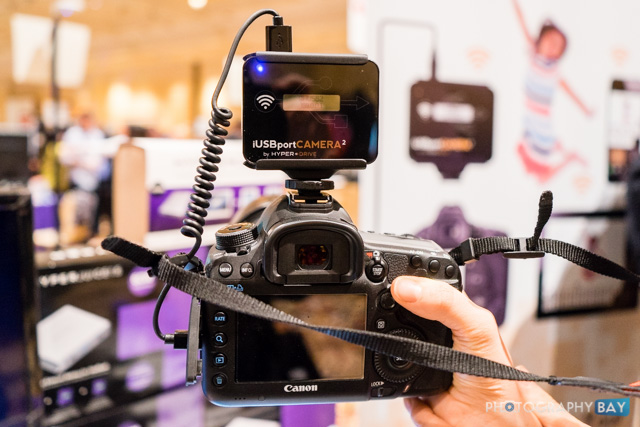 iUSBport Camera is a wireless tether for Canon and Nikon DSLRs. The device, along with the iUSBport Camera app, allows users to connect their camera’s USB port to a compatible host device that will receive images wirelessly from your camera. 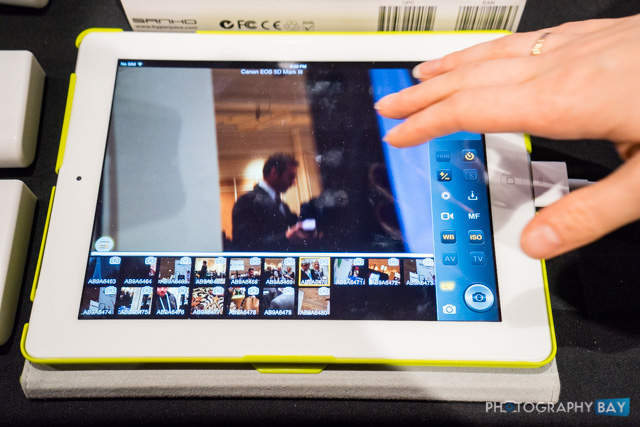 Once connected via WiFi, you get a live view of what your camera sees on your iPad, iPhone or Android device (it also works on Mac or PC). You can shoot photos and video with live view and have touch focusing control in the live view from your mobile device.

I saw the device close up at CES 2014 and have to admit that it looks pretty cool. There was a bit of lag on the live stream; however, we were in a room packed with WiFi signals from hundreds of manufacturers, so I can’t really judge it too harshly for that.

In addition to focus control, you also have access the full range of camera controls, including aperture, shutter speed, ISO and white balance, among others, directly on the iPad or other mobile device. The iUSBport Camera device also supports wireless image transfer to Lightroom. 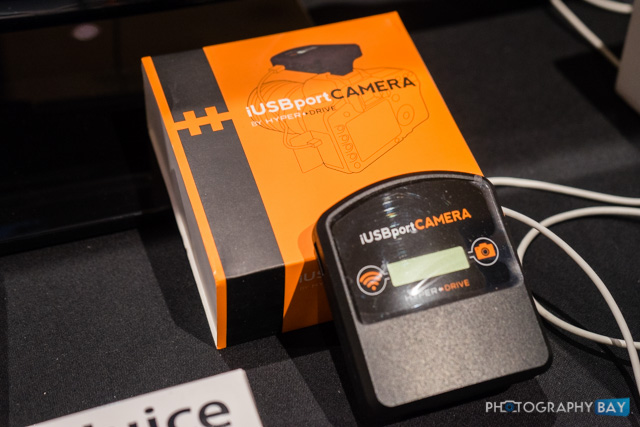 iUSBport Camera retails for $299. Check it out here at B&H Photo. Several Nikon and Canon DSLRs are supported. For a full list, go here.