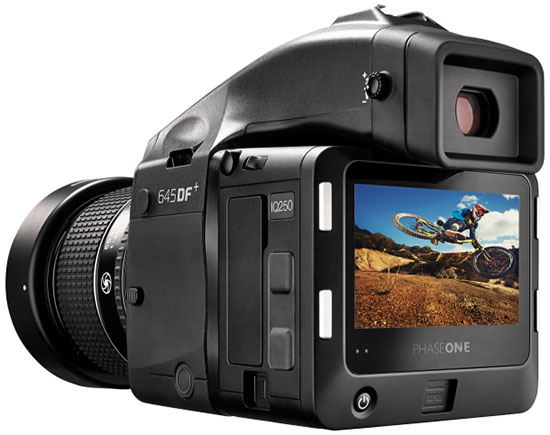 Earlier this week, Hasselblad laid claim to the world’s first medium format camera. The problem is, however, Hasselblad had no camera to show off and only announced the official launch would happen in March 2014.

Now, PhaseOne is showing off its new IQ250 with a 50MP CMOS sensor – and PhaseOne actually has working cameras to show the world.

The PhaseOne IQ250 offers a sensitivity range of ISO 100-6400, which is much greater than typical ISO 800 max we are accustomed to seeing on medium format cameras. Additionally, the IQ250 features a smaller 33x44mm sensor (compared to the roughly 40x54mm size we see on other PhaseOne backs). PhaseOne claims 14-stops of dynamic range and it offers an improved 1.2fps capture rate, which is probably thanks to the 2GB RAM image buffer.