The new UHS-II cards have a second row of pins to support the higher data transfer rates. The first row of pins are identical to the standard SD cards we’ve seen on the market over the past several years and allow UHS-II cards to function normally in older, non-UHS II devices. Of course, if you don’t have a UHS-II compatible device, you will not see the speed benefits from the UHS-II bus interface.

UHS Speed Class symbols, such as U1 and U3, indicate minimum write speeds for real-time video recording. For UHS rated cards, you will find the numeric class rating within the letter “U” on the card’s label.  (See the U3 labeling in the top image.)

Compressed 4K video capture data transfer rates will vary among cameras depending on what codec the camera uses. The new U3 Speed Class should be plenty fast enough to handle Sony’s XAVC-S 4K codec (used in the new Sony FDR-AX1), which captures 4K video at a 150Mb/s data rate. The U3 Speed Class at 30MB/s minimum write speed translates to a 240Mb/s data rate. While the 30MB/s minimum write speed may seem low, it’s worth noting that the SD Association has not established a speed class rating higher than U3 at the time of this card’s release.

Additionally, while there are UHS-I cards that offer a U3 speed class rating, it is unclear whether the U3 rating on these new SanDisk cards is valid for non-UHS-II devices. For more about SD card types and ratings, see the resource article Demystifying SD Cards. 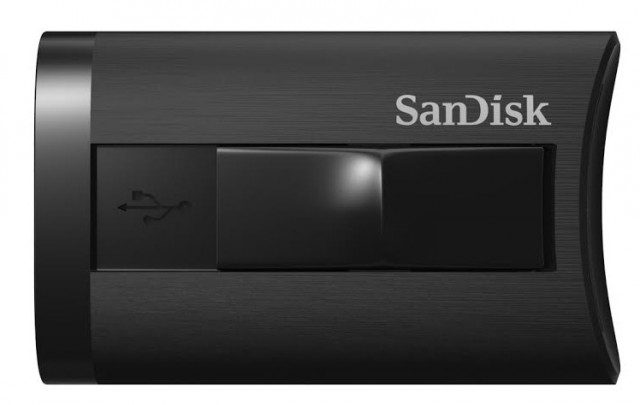 SanDisk also unveiled a new reader with UHS-II compatibility and USB 3.0 interface, which should also be available in April for $49.99.