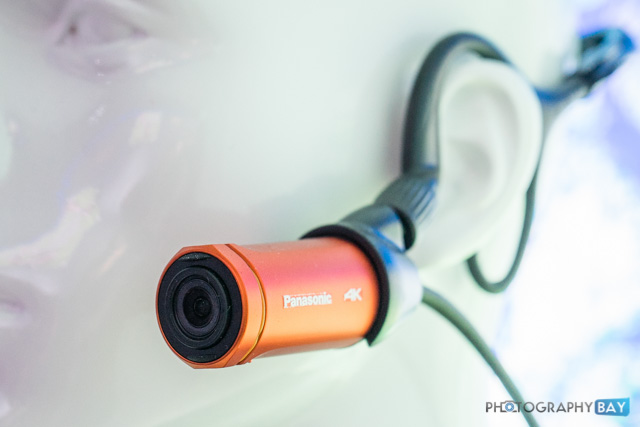 Panasonic showed off a 4K wearable action camera concept at CES 2014. However, not much is known about the camera at this point. 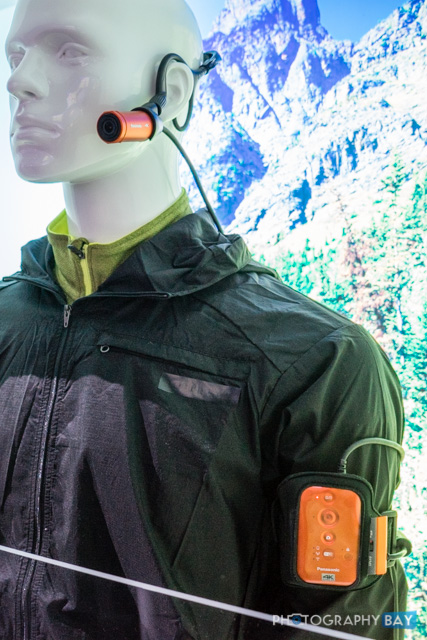 What we do know is that it features two components. A cylindrical camera unit attaches to an earpiece, allowing the user to wear the camera near their face. The camera unit is then tethered to a larger base unit, which presumably houses the processing power of the 4K camera.

Imagine how big that would be if Panasonic tried to stuff everything into a single unit. That makes it even more impressive to think about what GoPro has done with its compact form factor, which has been around for years now. 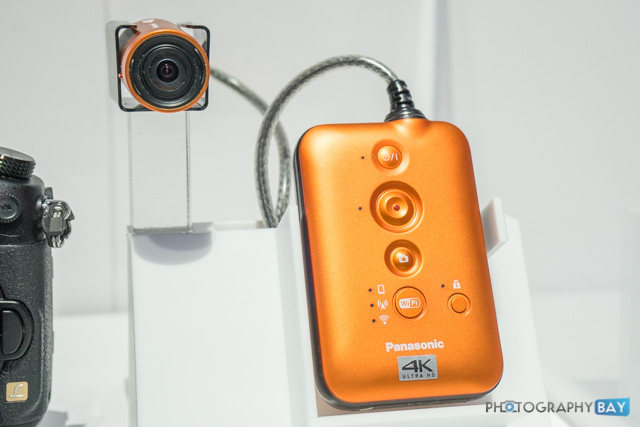 Power, record and WiFi buttons are prominent on the front of the base unit. Additional LED indicates suggest smartphone and, perhaps, cellular connectivity. 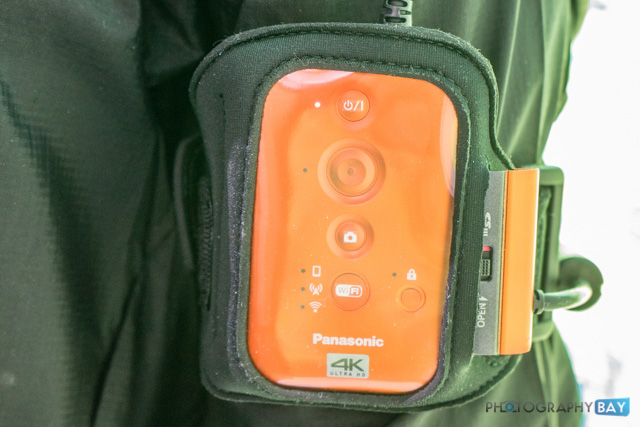 The 4K wearable camera uses MicroSD cards, which gives a little perspective on just how compressed the 4K video from this camera will be. 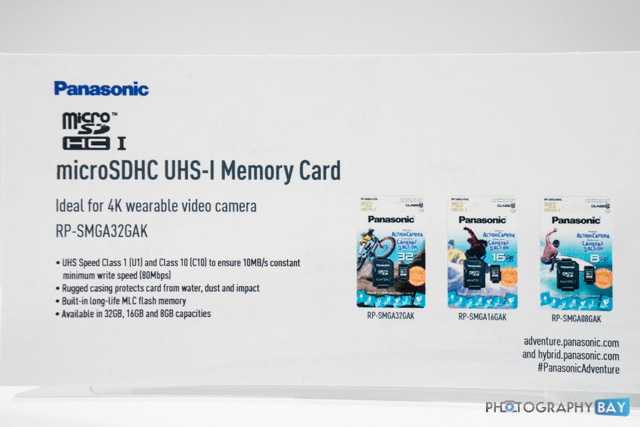 Panasonic was showing off its new MicroSDHC UHS-I Class 1 card that guarantees a minimum write speed of 10MB/s. If that is the rating required by the 4K camera, it means that Panasonic is compressing 4K footage down to a maximum possible data rate of 80Mb/s. And you can bet that it is not going to be at the top end of the Speed Class 1 data rate. There is almost certainly some cushion built in.

My most optimistic guess for the 4K compression would be around 60Mb/s, which is about twice what we see on AVCHD 1080p footage. If you’re still geeking out with me on the numbers, that’s twice the data rate at four times the resolution. That’s some heavy compression.

Of course, this is the price we are going to pay on the front end of the 4K camera curve. As the standard matures, we’ll see more efficient codecs and memory cards develop.

Additionally, we’re still talking about a concept camera that hasn’t been formally introduced to the market yet. Much of this could change by the time its actual release rolls around.