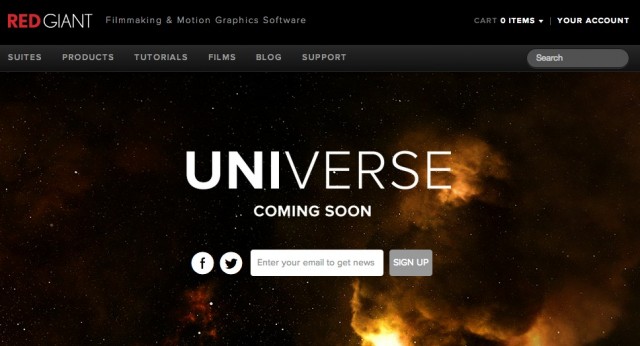 Red Giant, maker of Magic Bullet Looks and other popular video plug-ins, released a teaser video today for Red Giant Universe. The end of the video teases a URL to RedGiant.com/Universe, which currently shows only a sign-up form and social media links.

There’s some of speculation going on in the comments on Vimeo about what Universe will be; however, we should know soon enough with NAB 2014 just around the corner.