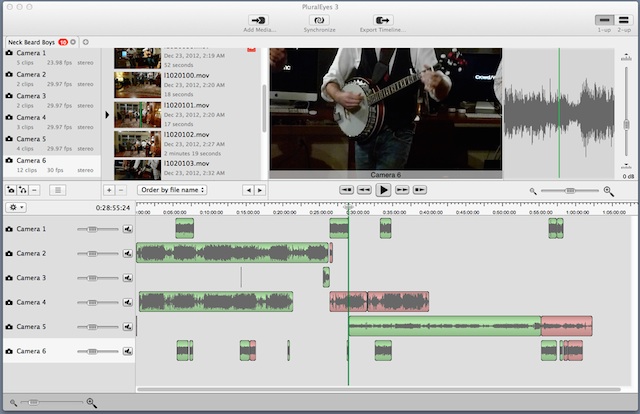 Along with the updated Magic Bullet Looks, Red Giant has also announced an update to PluralEyes audio/video sync software with version 3.5. The new version improves support for AVHCD, including spanned clips. And now, PluralEyes’ Replace Audio feature supports many more media types than before.

Plural Eyes 3.5 also includes further improvements to the sync algorithms, making PluralEyes faster and more accurate than ever before. Additionally, it includes the ability to correct sync drift where the audio and video begin to lose sync over time on longer clips. This allows it to achieve frame-accurate syncs even for audio recorders that don’t have that level of accuracy themselves.

Red Giant has also integrated support for Plural Eyes 3.5 with BulletProof.  When you are ready to begin syncing your files, BulletProof sends the imported footage over to PluralEyes in an organized way.

PluralEyes 3.5 beta will be available soon, with a release in Q2 for $199. Existing users of PluralEyes qualify for a $79 upgrade. Customers who buy PluralEyes from March 31, 2014 forward are eligible for a free PluralEyes 3.5 upgrade when it ships. You can learn more here at Red Giant’s website.