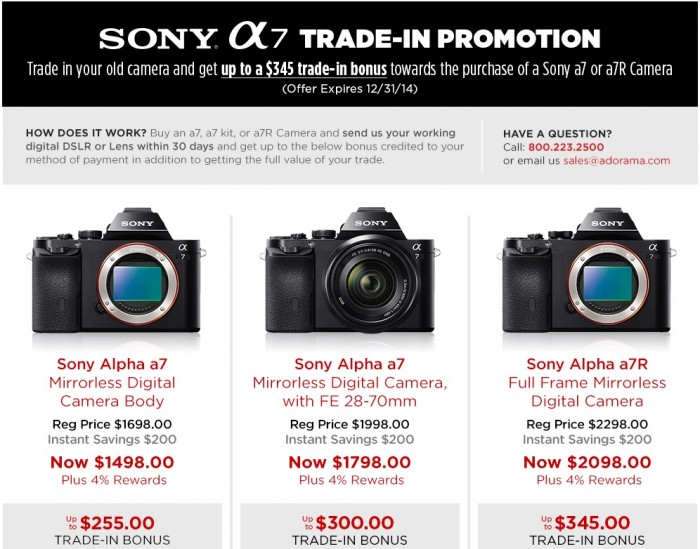 Adorama has a new trade-in program for the A7 and A7R cameras. Participating cameras and kits include the Sony Alpha a7, Sony Alpha a7 kit with 28-70mm lens, and Sony Alpha a7R.

All three have an Instant rebate of $200 each, 4% Adorama rewards and free expedited shipping.

You need to trade-in your working used DSLR camera or interchangeable lens within 30 days after the purchase of a Sony A7/A7R or before placing your order. Your gear will be evaluated and you will receive what Adorama’s Used department quotes for it. In addition, for each of those items you get a bonus for trading in your gear. The trade-in bonus is as follows:

Considering the instant rebates, the additional trade-in bonus, and the money you get for your used gear, this looks like a solid bargain for a new Sony A7 series camera or kit. Check it out here at Adorama.