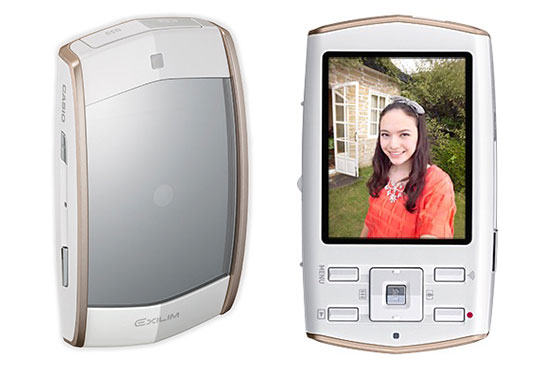 Casio has announced the EX-MR1 camera, which is marketed toward teen girls and young women as the ultimate selfie camera. instead of a traditional lens on the front of the camera, Casio used a mirror to cover the face of the camera and put a 21mm-equivalent lens dead in the center.

The Casio EX-MR1 also features skin softening effects and smartphone connectivity via the EXILIM Link app, both of which play directly into the selfie market.

The camera itself features a 14MP sensor and Full HD video capability. While the design certainly makes sense for what it is intended to do, I don’t think that it offers enough to justify the $330 asking price and draw smartphone users to a dedicated selfie camera. The additional steps involved to get the photos on Instagram, SnapChat or another social service make it just a little too clunky.

You can more details about the EX-MR1 here on Casio’s website.

No word on US availability but I doubt it will make it over here.