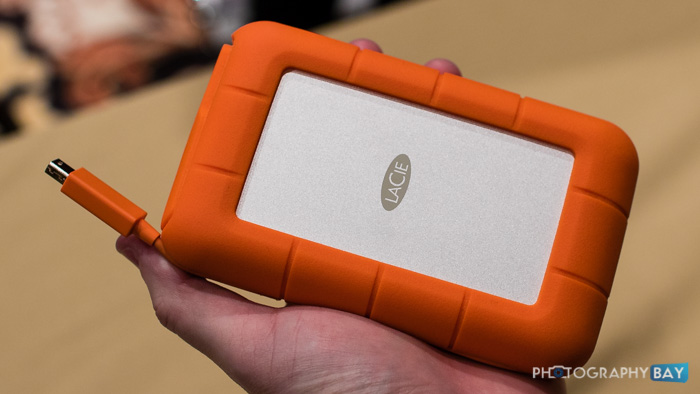 LaCie announced its new Rugged RAID drive at CES 2015 with a Thunderbolt and USB 3.0 interface. The new drive uses two internal hard drives that are preconfigured in hardware RAID 0 for sustained performance of up to 240 MB/s. 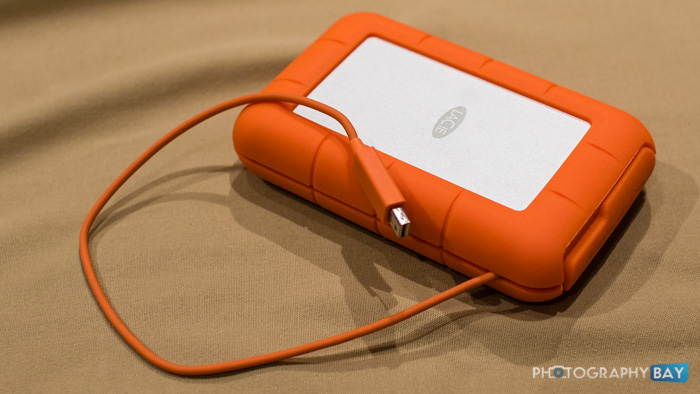 The drive is bus-powered when connected via Thunderbolt and includes a power brick to use when connecting via USB 3.0. It can be manually configured to RAID 1 as well using a hardware switch that is accessible from the drive’s external case. 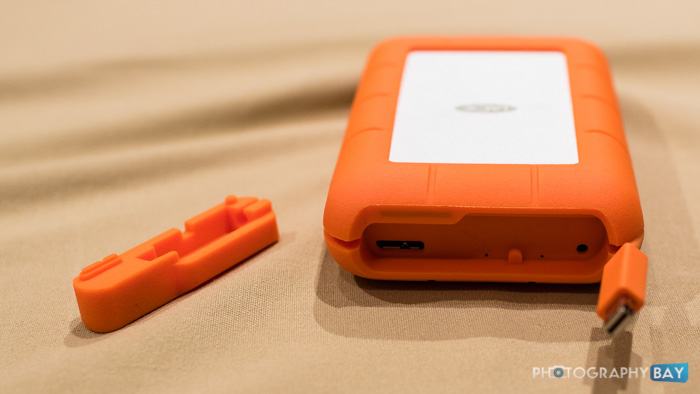 It is tested to withstand drops of up to 1.5 meters (5 feet) and 1 ton of pressure. LaCie reps tell me that you can literally drive over it with a car. With its endcap in place, the LaCie Rugged is IP 54–rated for superior resistance to dust and water splashing — even during operation. The Thunderbolt cable is hardwired into place, which is how you get the rating dust and waterproof rating during use. 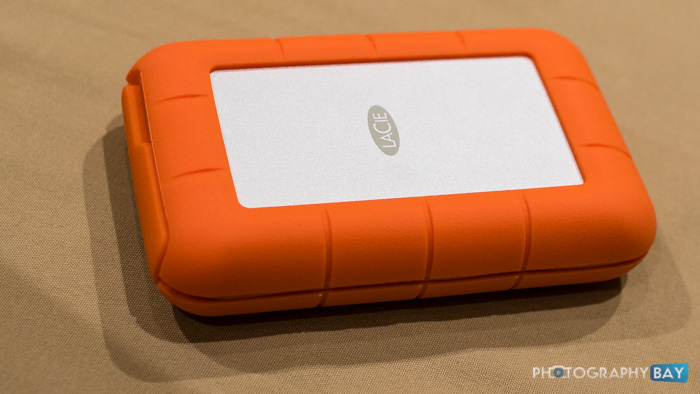 The LaCie Rugged RAID in 4TB capacity will be available during the first quarter of 2015 for $449.99. Look for it here at B&H Photo.