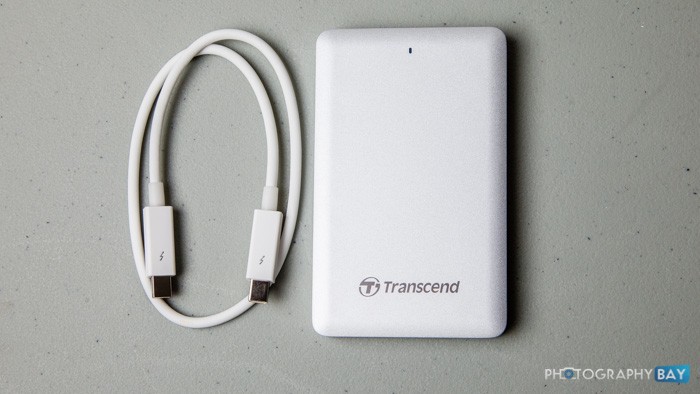 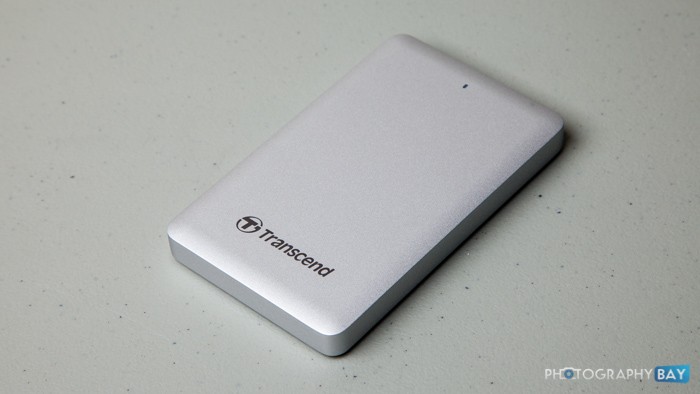 The aluminum design pairs nicely with the current line of MacBook models. It is small enough to stow just about anywhere, including your pocket. The aluminum serves double duty as an aesthetic choice and to disperse heat. However, the drive gets uncomfortably hot to the touch when under heavy load – so don’t keep it in your pocket for video editing… 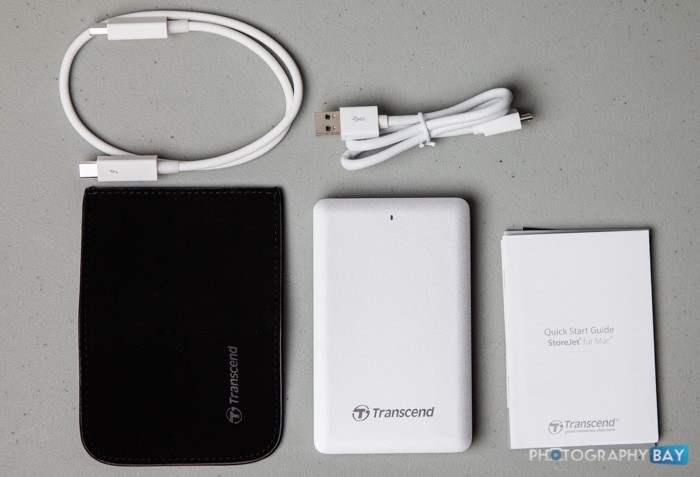 The StoreJet 500 features both Thunderbolt and USB 3.0 connectivity. Transcend includes both a USB 3.0 and a Thunderbolt cable with the drive. It is bus powered with either cable. Additionally, it includes a soft storage bag to protect the drive’s finish when on the go.

Using USB 3.0 and Thunderbolt connections across several different computers, the StoreJet 500 delivered a consistent write speed of around 290MB/s, which is plenty sufficient for transferring photo and video files. By comparison, a spinning 7200RPM external hard drive will deliver about 115MB/s or so read speeds. 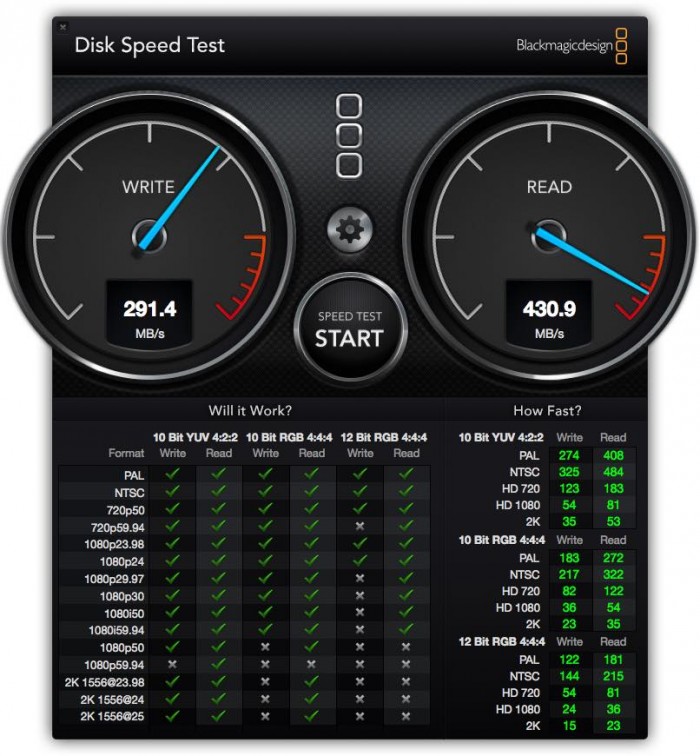 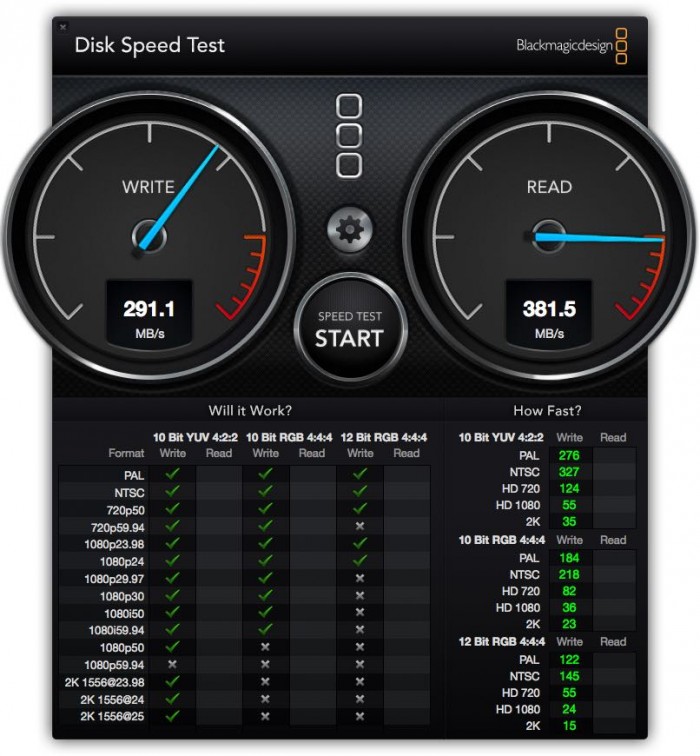 I can only guess that maybe this discrepancy is attributable to inefficiencies in the Thunderbolt controller of the StoreJet 500. 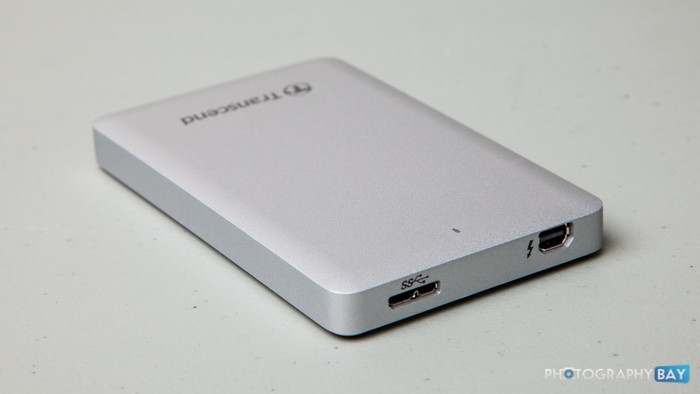 The drive is formatted for Mac out of the box but can be reformatted to NTFS for use with Windows. It also includes Transcend Elite software, which allows you to use 256-bit AES file and folder encryption. 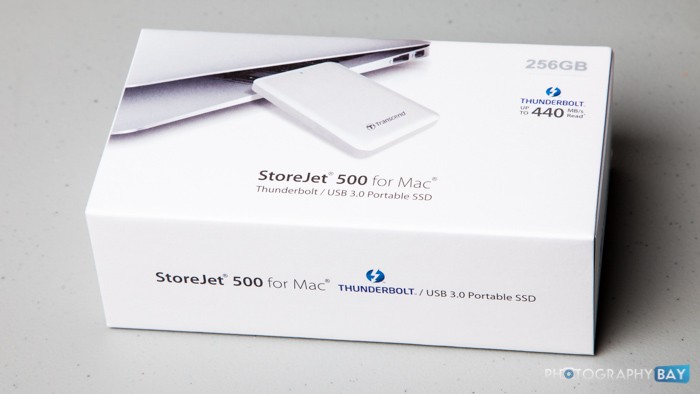 More info about the StoreJet 500 line is available here on Transcend’s website.