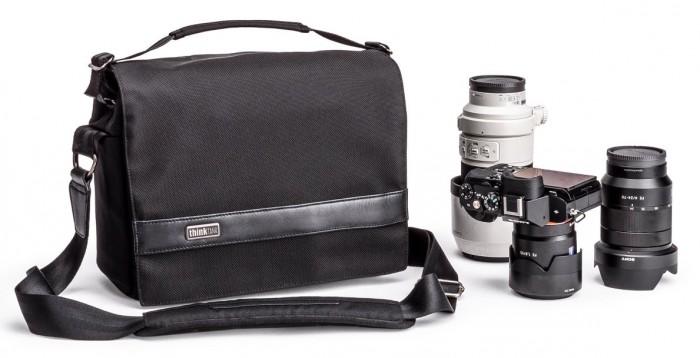 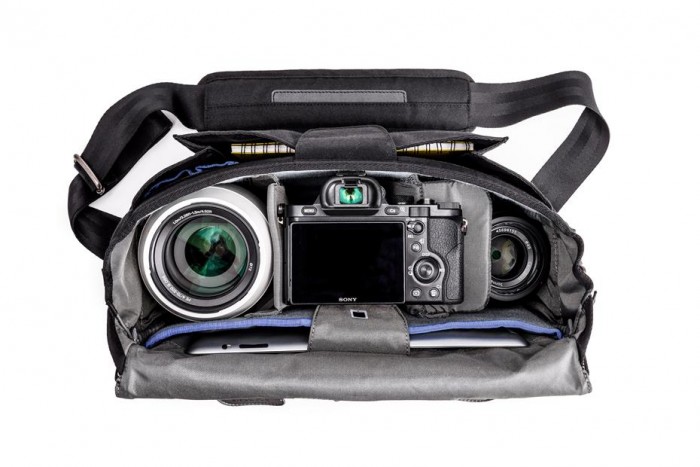 They offer sound silencers for the velcro seals on the front flap and include a rain cover for bad weather days.

While they are designed with mirrorless cameras in mind, they also accommodate small DSLR kits like the Canon Rebel T6s or the Nikon D5500. The Urban Approach 5 runs $119.75, while the Urban Approach 10 runs $134.75. Both will be available in April 2015. You can find the Urban Approach shoulder bags here on Think Tank Photo’s website. 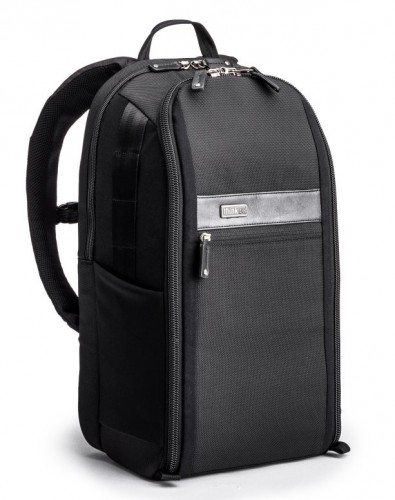 The Urban Approach 15 is a backpack for mirrorless camera systems that can also carry a 10″ tablet and a 15″ laptop. It is designed to handle 1-2 medium to large mirrorless bodies (like a Sony A7R and Fuji XT1) with lenses attached, along with 5-8 additional lenses (depending on the size). 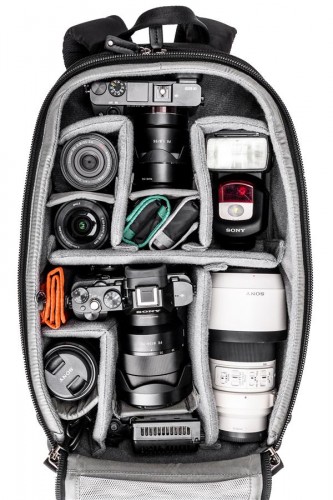 The Urban Approach 15 features YKK zippers and has a handle pass-through on the back for carrying it atop rolling luggage. A tripod can be carried on the side of the backpack with the side-pouch and strap. As with other Think Tank Photo bags, it also includes a rain cover. 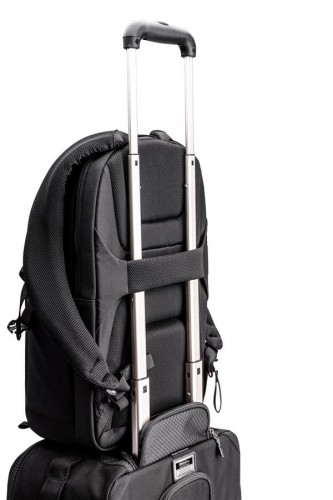 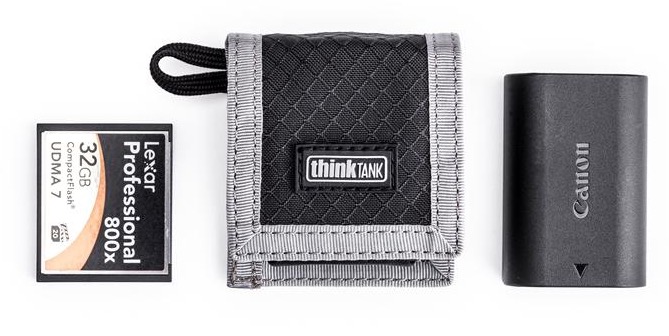 Finally, Think Tank Photo also announced a new accessory pouch – the CF/SD + Battery Wallet, which is just as the name describes. it holds one backup batter and one CF or SD card and is secured by a velcro closure. It runs $9.99 and will be available in April. Check it out here on Think Tank Photo’s website.