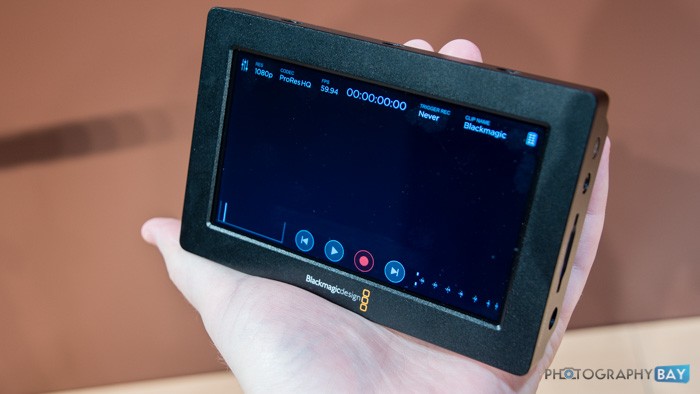 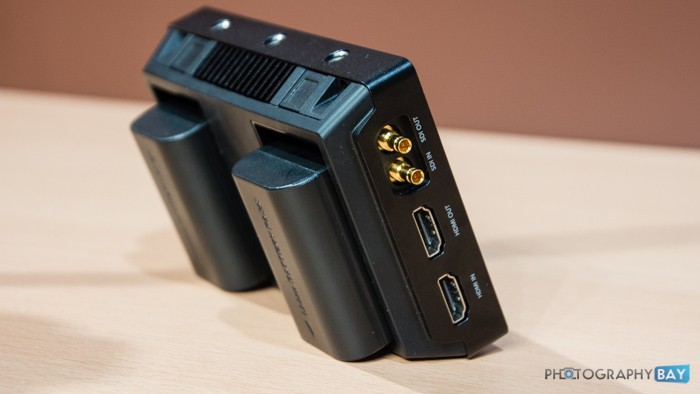 The Blackmagic Video Assist is powered by an AC adapter or a pair of Canon LP-E6 format batteries, which can be hot-swapped for uninterrupted use. 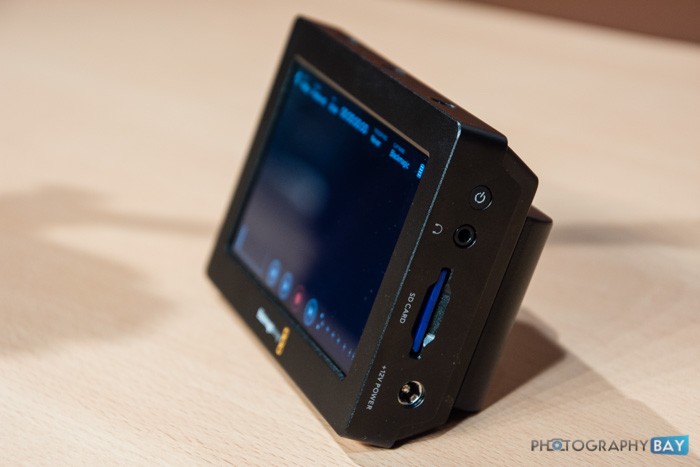 The monitor has a trio of 1/4″ mounting holes on the top and three more on the bottom for a variety of mounting options.

Blackmagic says it requires a UHS-I SDHC or SDXC card; however, I don’t think that just any UHS-I card will deliver the write-speed requirements for ProRes HQ. Accordingly, I suggest only using UHS-I cards with a Speed Class 3 rating, which will give you a minimum 30MB/s write speed. That will be good enough to capture ProRes 422 HQ footage, which has a hefty 220Mbps data rate and won’t record reliably onto cards that dip much below a constant 30MB/s write speed.

If you are interested in reading more about SD cards and data rate specs, check out Demystifying SD Cards.

UHS-I SDHC and SDXC cards are still dirt cheap compared to SSDs and CFast cards. I simply mention the data requirements as a preemptive warning to keep you out of trouble. $495 for what this monitor/recorder offers is a fantastic deal. And the fact that the media is cheap is just icing on the cake.

For the sake of comparison, a SanDisk Extreme Pro 128GB CFast card is currently $499.95. While the price of CFast cards will continue to drop, they won’t catch the low price points of SD cards in the foreseeable future.

The Blackmagic Design Video Assist will ship in July 2015 for $495. Check it out here at B&H Photo.