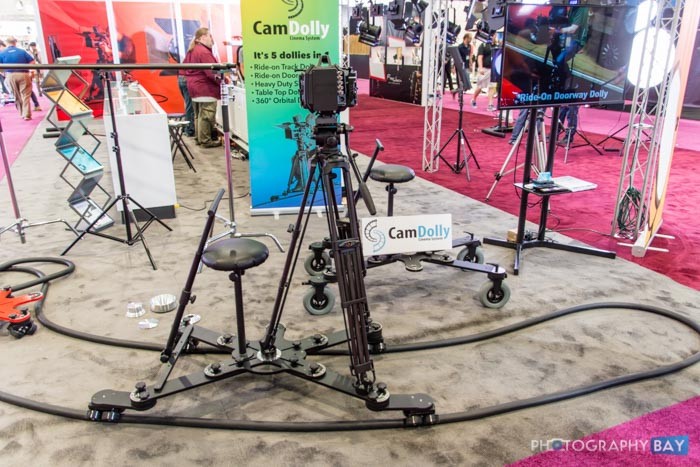 CamDolly is a new dolly and slider system for heavy duty cinema cameras and high-end cinema shots. It can function as a ride-on track dolly using heavy-duty flexible rail, a ride-on doorway dolly, a slider, a tabletop dolly or a 360° orbit dolly.

I got a demo of the CamDolly at NAB 2015 and was impressed with its versatility. For the price, this dolly does so much. The fact that you can throw your entire dolly kit with track in a compact car and one person can set this up is pretty impressive.

Check out the Kickstarter campaign video below for details on the CamDolly system.

The full CamDolly kit with two 50′ rubber rails is available for $3850 via Kickstarter pledges. You can see more details about the CamDolly here on Kickstarter.