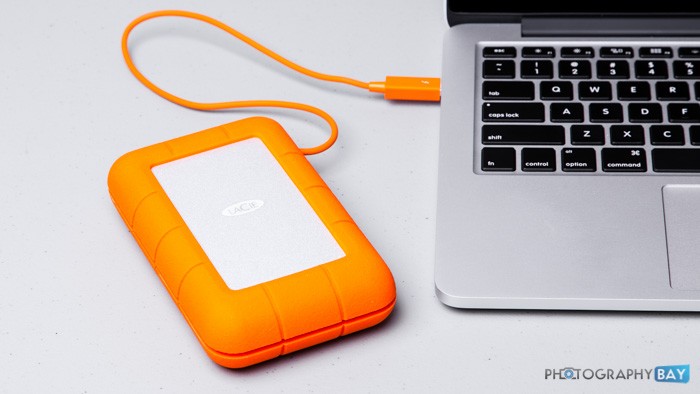 LaCie’s new Rugged RAID Thunderbolt 4TB external hard drive is a speedy addition to the Rugged line. It is bus-powered over Thunderbolt and includes an optional USB 3.0 port, which you can use with an AC adapter attached. 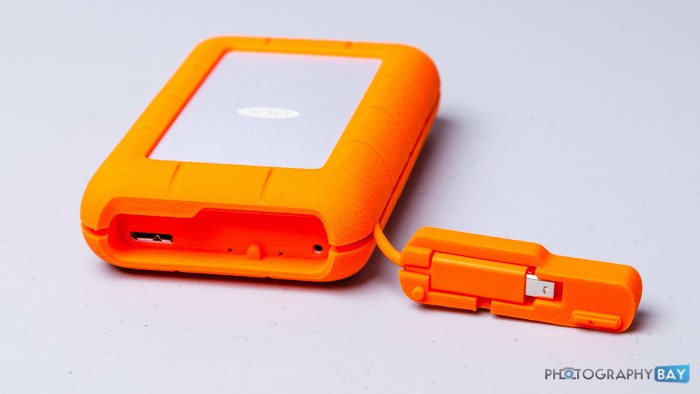 Due to the double dose of drives inside, it is a little bigger and weighs more than other portable hard drives. The rubber exterior surrounding the drive protects it from drops from up to 5-feet. An integrated Thunderbolt cable allows it to maintain its dust and water resistant status even while in operation. 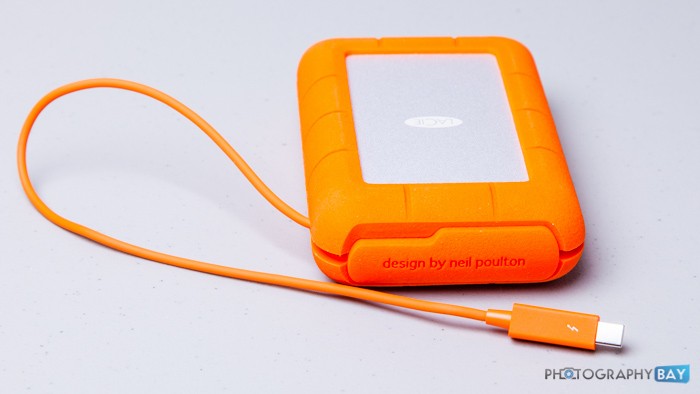 Aside from the rugged label, the things that are likely to bring you to this drive are the capacity and the speed, both of which are achievable thanks to the RAID 0 capability of the drive. You can also select RAID 1 as a format option.

Photo and video editors alike will appreciate the portable size of a 4TB drive. It is still a very compact package considering how much storage you have inside. 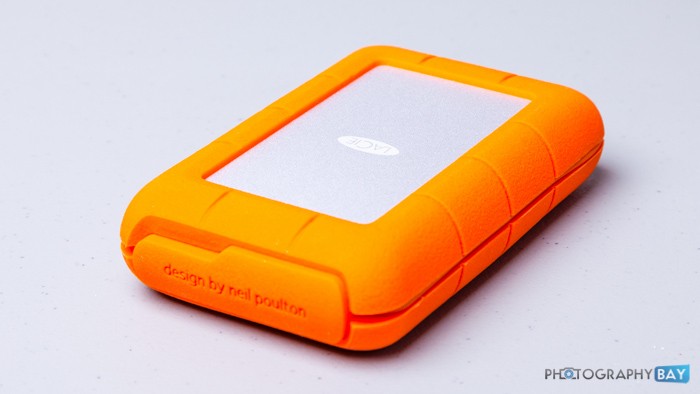 In RAID 0 configuration, the LaCie Rugged RAID Thunderbolt drive gave me a little better than 245MB/s write and read speeds, which you can see the disk speed test screenshot below. 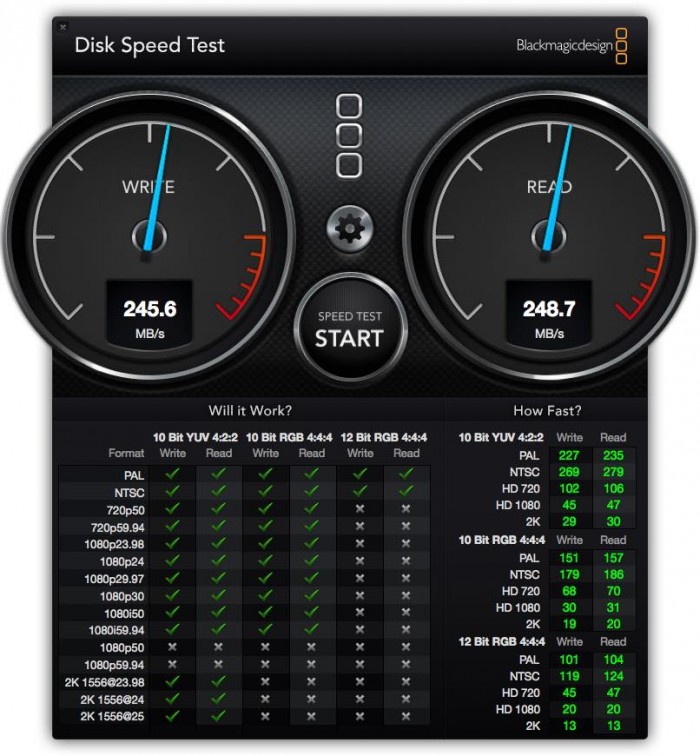 Notably, my tested speeds were even faster than LaCie’s max speed rating for the drive, which is 240MB/s. 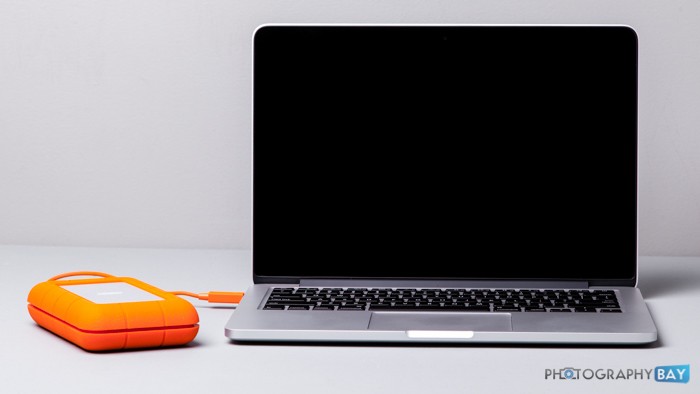 I ran the LaCie Rugged RAID Thunderbolt drive through the paces with photo and video editing over the past month. It does about as well as any portable drive that I have ever used. Sure, an SSD drive will best it in the speed department; however, you won’t find 4TB of SSD capacity in this size or price range.

At $399, LaCie’s 4TB Rugged RAID Thunderbolt drive falls close in line with similar capacity Thunderbolt drives on the market. The rugged features are an added bonus for this solid-performing hard drive. If you need loads of storage on the go, this drive is definitely worth your consideration.