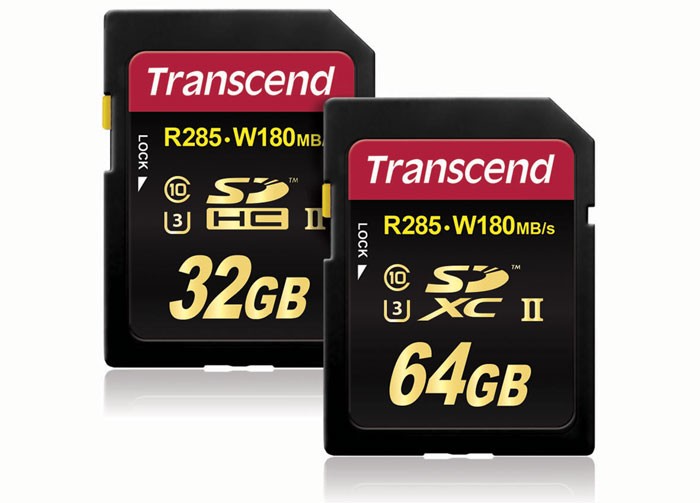 The max read/write speed ratings are much faster than what we are accustomed to seeing in SD cards and that’s due to the UHS-II bus type. This UHS-II bus actually has a physically different pin interface than UHS-I cards.

There is an extra row of pins on UHS-II cards that provide for faster data transfers to and from these cards. We are starting to see more and more cameras feature UHS-II card compatibility now and, of course, they are backward compatible with UHS-I cards as as well. The UHS-II cards, however, will help you clear the camera buffer faster and, in turn, shoot more/faster in new UHS-II devices.

The new Transcend UHS-II cards will initially be available as a 32GB SDHC and a 64GB SDXC card for $49.99 and $79.99, respectively. They should start shipping within a couple weeks. Watch for them here at B&H Photo.