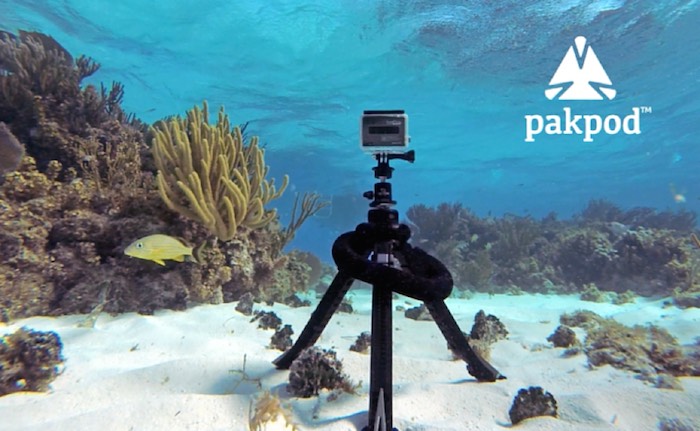 Pakpod is a reimagined tripod designed specifically for GoPro and smartphone shooters. It launched as a Kickstarter project yesterday and has already received over 50% of its pledge goal.

The Packpod is shorter than traditional tripods – extending to 17.75″ maximum length. Instead of standard tripod feet, it uses stakes that can secure the tripod into the ground but the stakes also can also serve as accessory adapters, with options stakes featuring 1/4-20 threaded holes. 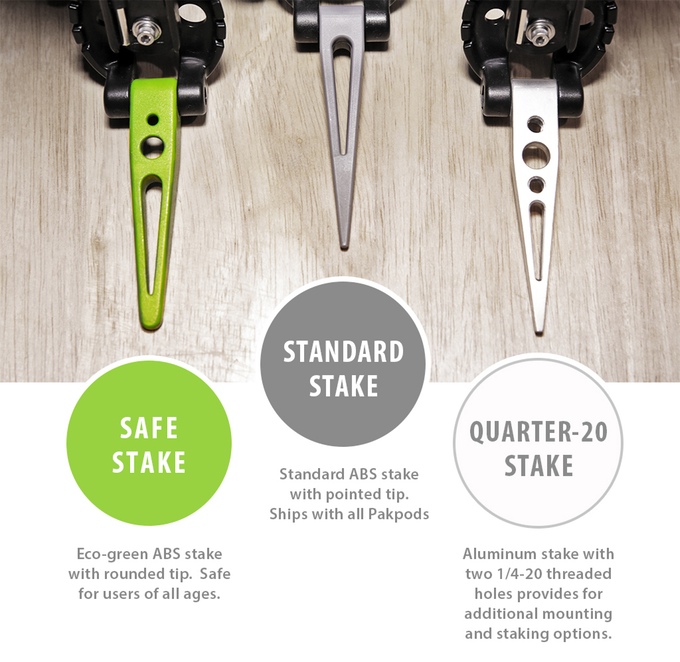 The Pakpod is made from ABS plastic and can be used underwater, above ground or even hung from a variety of places. 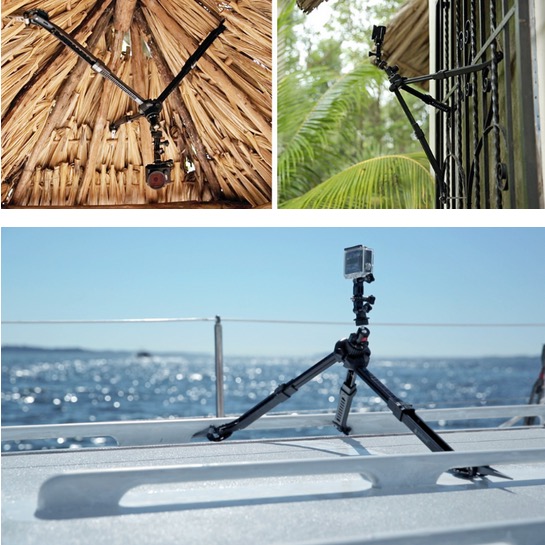 The rigid legs allow it to be used as a tripod fro DSLRs as well. The legs move independently through 180 degree of motion. It has 36 tie-down points that allow it to be secured just about anywhere you have an external anchor point.

The Pakpod pledges start at $79 for March 2016 delivery. There are a handful of early delivery options left from an small production run that should ship in time for the holidays for $99.

You can check out more about Packpod here on its Kickstarter page.