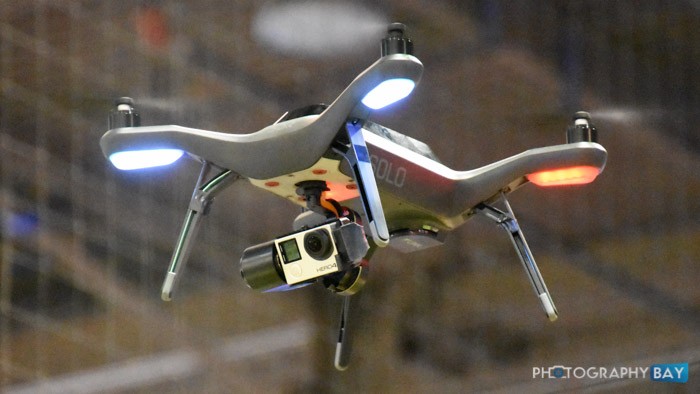 Not a week goes by without some kind of drone incident popping in our news feeds. Stories about drones interfering with commercial flights and even police and firefighting aircraft are becoming far too common.

And now we can’t have nice things…

NBC News is reporting that the US federal government is on the verge of requiring customers to register their personal drones and will work with the drone industry to set up a structure to do so. This could happen as soon as the end of this year.

The ease of use of quadcopters appearing on the market over the last few years has lowered the bar on the skill necessary to keep these radio controlled aircraft in the air. Hobbyists have been flying RC aircraft for decades with very few legal issues that threatened to limit their freedom.

Now with multi-rotor copters that can be controlled by a smartphone, a few hundred bucks and 10 minutes of setup time means you can put a drone up in the air. Of course, what happens after those drones are up in the air is what has led us to this point.

The FAA has been completely incapable of managing the boom in the drone business and now the federal government is left scrambling for a solution. Regardless of what regulations the FAA passes, it seems almost inevitable that we would get to this point.

The FAA doesn’t have the manpower to enforce the barrage of drones landing in consumers’ hands and, ultimately, up in our airspace. States are scrambling to pass a variety of laws – some of which may not be enforceable or effective at solving the complex problems created by millions of novice RC pilots.

I don’t know. But leave it to the federal government to figure out a way to tax fun. Enforcement is still going to be an issue. Hopefully, we don’t end up with the equivalent of the TSA policing drone operators around the country.

Stay tuned. This could get messy.