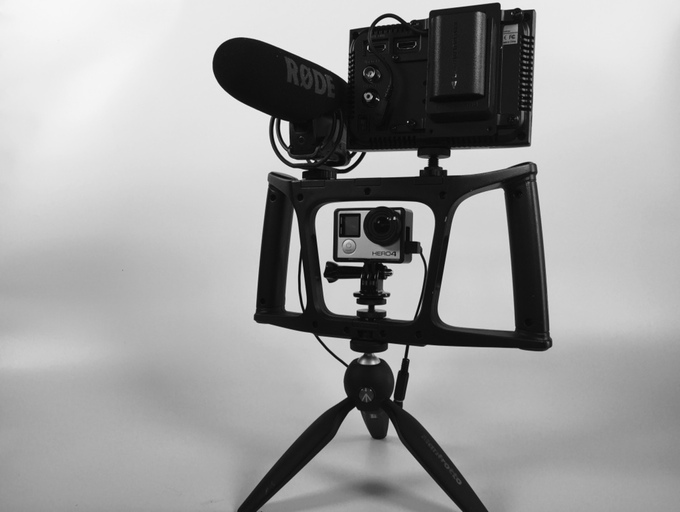 The iOgrapher started as a way to turn the iPad into a more professional video capturing device. It worked and the company has since produced variations for several other iOS devices. It’s a relatively affordable (by iOS and video production standards) mount/grip/rig for the iPhone and iPad and now the company is launching the iOgrapher GO for use with GoPro and other action cameras.

One of the challenges when shooting with a GoPro or other action camera is when you want to do something more serious than mount it on a bike helmet, surfboard or selfie stick. This is especially true when you want to do external monitoring (or recording) and attaching an external mic or light. 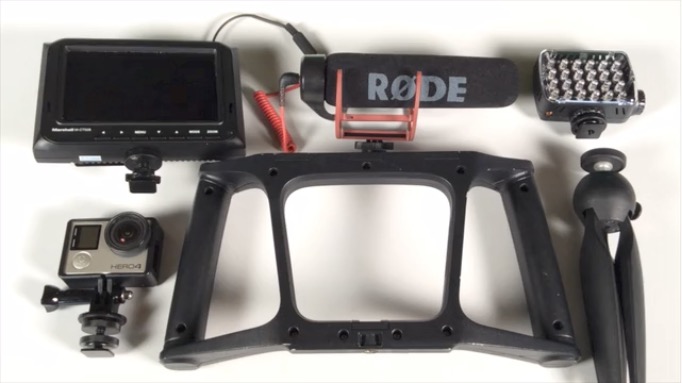 The iOgrapher GO’s various mounting points solve these issues, while maintaining the ability to handhold the camera. I think it’s a pretty smart evolution of the iOgrapher’s product line.

The iOgrapher GO is going to retail for $69.95 but can still be had for a $40 early-bird pledge on its Kickstarter campaign.

The Kickstarter project has been fully funded now and has 5 days left before it closes. The estimated delivery date is December 2015. Check it out here on its Kickstarter page and here on the iOgrapher website.