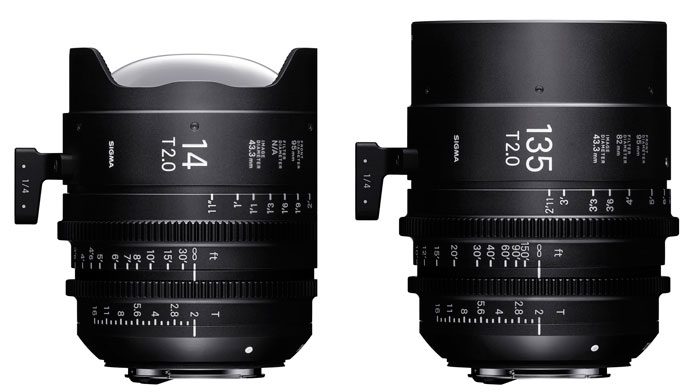 Just ahead of NAB, Sigma has announced a pair of new Cine Prime lenses for full frame sensors in Canon EF, Sony E and PL mounts.

Additionally, Sigma is now offering customers the option to order their lens in metric or imperial measurements as well as standard or full luminous paint on markings. Existing customers who wish to swap from one measurement system to the other can do so for a paid fee.

I’ll get an up close look at these and the other Sigma Cine Prime Lenses next week at NAB 2017 and will be sure to pass that along here on Photography Bay.