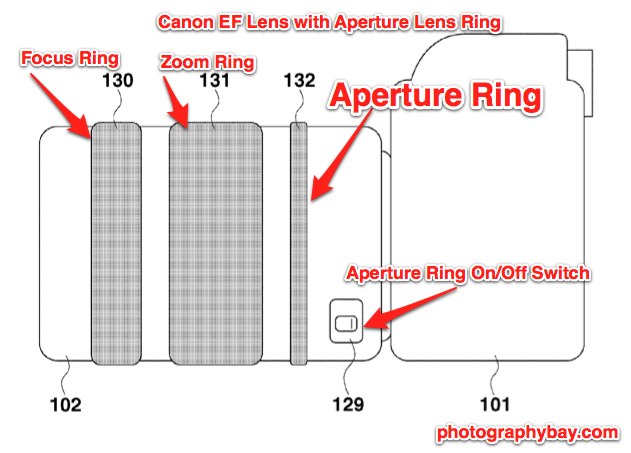 Anyone who has shot video with a Canon DSLR recognizes that smooth iris pulls are impossible while recording with Canon’s EF lenses.  In one of the more interesting patent applications of late, Canon revealed that it is working on new lenses with aperture rings for adjusting aperture settings during video capture.

The new lenses with aperture rings utilize electronic control of the lens diaphragm rather than a mechanical aperture ring of yesteryear. 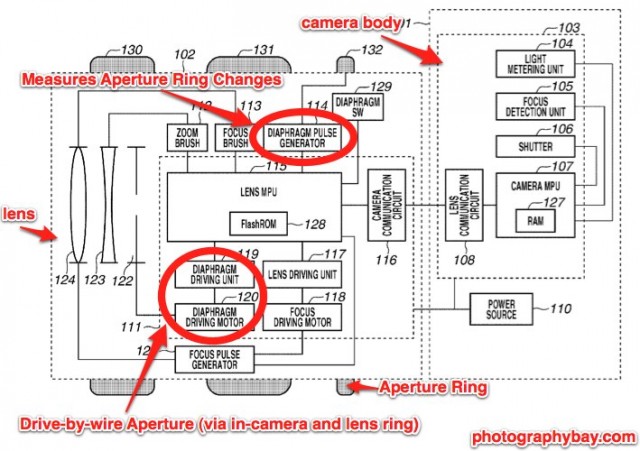 What’s not entirely clear is whether or not the aperture adjustments via the lens ring will offer step-less iris pulls.  This feature is not addressed in the patent application. However, the presumption is that a new lens design for iris adjustments during video capture would offer much smoother changes than the terrible 1/3-stop clicks we get now out of the adjustments from the camera body.

There are also numerous other features that could be built into these lenses (e.g., programmed/remote focus pulls, smoother/slower AF adjustments, etc.); however, this patent application was limited to a specific feature-set tied to this new aperture ring.

Another question that occurred to me while reading about this new lens system is whether the new lens MPU can effectively communicate with current Canon HDSLRs like the 5D Mark II and 7D.  Will Canon be able to make these lenses compatible via firmware updates to these older models?

As a final thought, it’s possible that this new lens type will be part of Canon’s upcoming video-related announcement on November 3.

What do you think about this addition to the Canon EOS system?