The EOS M is Canon’s first foray into the mirrorless camera market that is currently dominated by Micro Four Thirds models from Olympus and Panasonic, along with Sony’s NEX lineup. The EOS M was welcomed with a collective “It’s about time…” from most of the digital imaging press, who have wondered when Canon would get around to participating in this exploding market segment.

First impressions on Canon’s unveiling of the EOS M were mixed – with some excited to see Canon utilized such a compact form factor while retaining the APS-C sensor – and others (primarily enthusiasts) wondering why there was such a neglect of their market segment by the failure of Canon to include features like a viewfinder.

I sat on the fence – seeing the potential of a mass market mirrorless camera that segued easily from the point and shoot “feel” and into the professional image quality yielded by the large APS-C image sensor. When I saw the image quality first hand at PhotoPlus 2012 on a pre-production model, I was impressed with what Canon managed to do with a camera so small. 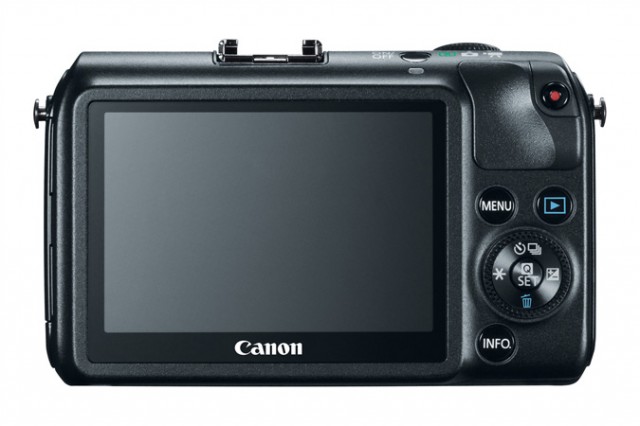 Now that I have had the chance to use the EOS M extensively, I am nothing but frustrated with the camera. The EOS M had the potential to be THE breakout camera in the mirrorless market – except for one fatal flaw.

For all that it is with beautiful image files produced from the excellent 18MP APS-C CMOS sensor inside of it, the ridiculously slow autofocus completely ruined the camera for me. And, it’s a camera that I wanted to like so very much.

Using the Canon EOS M with its 22mm f/2 kit lens, I can’t count the number of times that I held it up with a subject on the LCD, half-pressed the shutter button to activate the AF and waited . . . and waited. Frequently, I had time to talk to camera (in angry phrases that I won’t repeat here) while it attempted to focus.

The worst, however, was attempting to video with the EOS M as it tried to hold autofocus. It would pump in and out of focus for what seemed just for the heck of it. I cannot understand why a camera manufacturer that makes excellent video cameras throughout pro and consumer lines cannot get the AF right for the video function of its DSLR and mirrorless cameras.

Everything else on the camera is quite wonderful in my book. I know some folks wanted to see a viewfinder on this camera, but I was going to be ok without it. The controls and ergonomics were overall good enough for where I thought the camera fit in the market – positioned against Sony’s NEX-5R and its ilk from Olympus and Panasonic. I could have used a little more “grip” for my right hand, but other than that, the camera was just right. 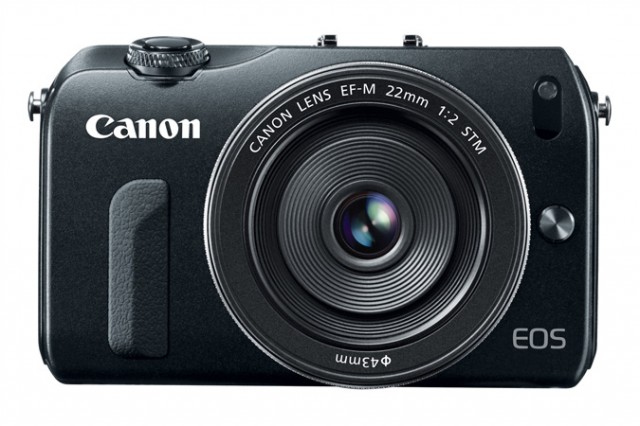 Unfortunately, I cannot recommend the Canon EOS M to anyone. Sure it takes existing EOS lenses if you purchase the adapter, but if you have been holding out for an EOS mirrorless camera, my recommendation is to keep waiting.

My personal recommendation for an entry-level mirrorless camera would be the Sony NEX-F3, which will soon be replaced by the Sony NEX-3N. Sony’s NEX “3 Series” keeps getting better and better and, unless Canon really nails the next EOS M-series camera, it remains the entry-level camera to beat in my book.