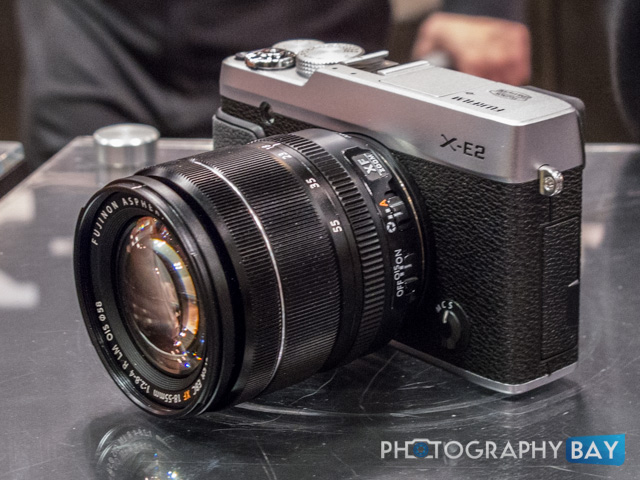 The Fuji X-E2 is very much an evolution of the popular Fuji X-E1. It has the same great look and feel, which hearkens back to the rangefinders of yesteryear. 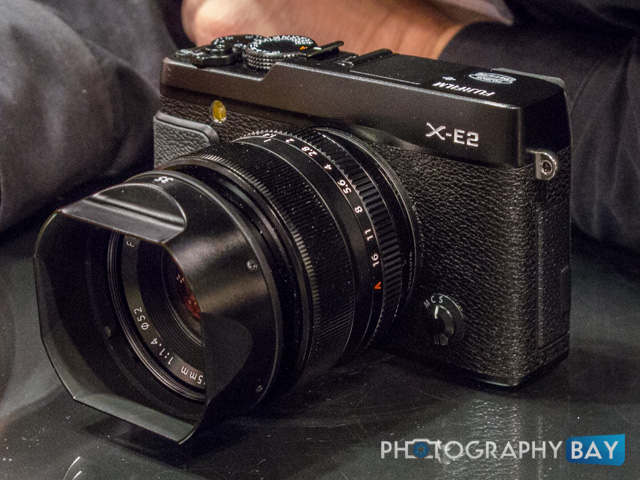 The bright OLED viewfinder looks great on the X-E2. It’s bright and high resolution at 2.36 million dots. Fuji cites improved AF as one of the big updates. Handling the preproduction model at PhotoPlus 2013, I can attest the fast AF performance. Moving from near to far points, it quickly racked focus on the 18-55mm kit lens. 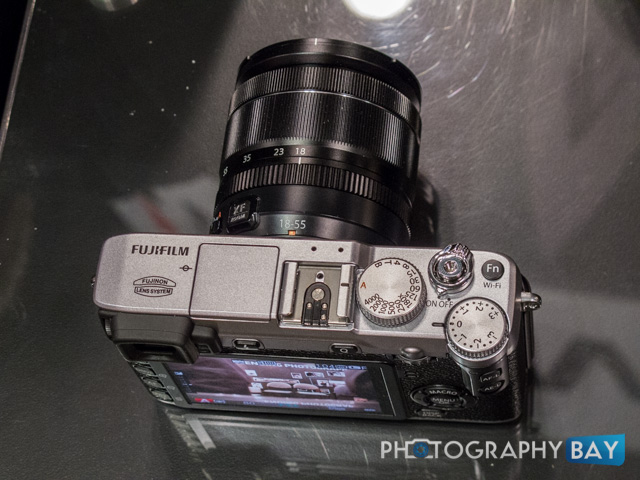 The Fuji X-E2 has a new sensor that features 100,000 phase detection pixels scattered across it, which is underlying foundation for the improved AF speed. It seems that the early generations of slow AF in mirrorless cameras are past us now that camera manufacturers are figuring out how to effectively implement phase-detection sensors directly on the primary image sensor. 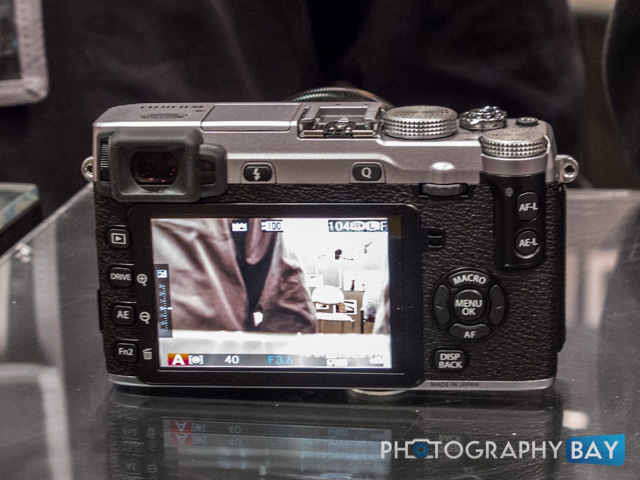 The aperture control ring on the kit lens remains a very slick feature for the Fuji X-Series. It’s a nice little throwback feature that actually works very well. Additionally, Fuji’s 18-55mm kit lens has a much better f/2.8-4 aperture range, whereas most other manufacturer’s kit lenses (for APS-C cameras) have a slower f/3.5-5.6 aperture range. 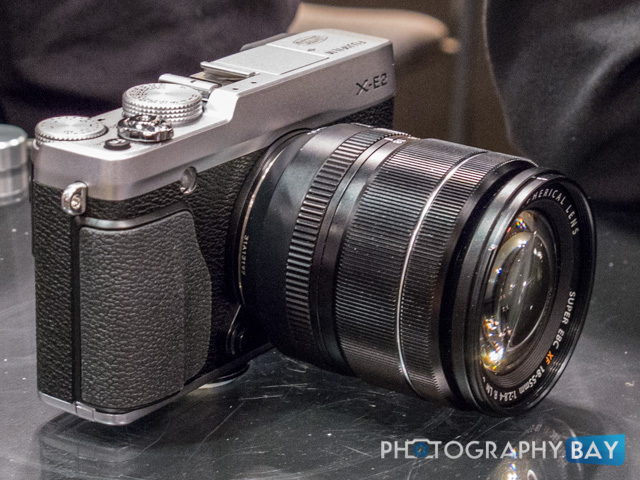 While there’s probably not enough reason for current X-E1 users to update to the X-E2, the new offering looks to be a worthy camera for anyone shopping for an enthusiast level mirrorless camera.