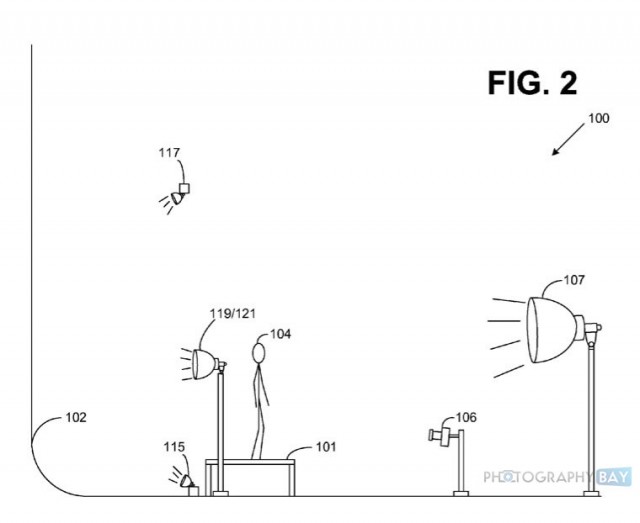 Amazon has had some pretty revolutionary ideas over the years. The Kindle is awesome. Prime is a great service. And drone delivery may be on the horizon. However, Amazon has gone a bit too far with one of its latest “inventions.”

Amazon Technologies, Inc. (a subsidiary of Amazon.com, Inc.) has legitimately patented studio the common studio photography method of photographing subjects on a seamless white background using a cyclorama and the USPTO actually granted the patent.

Amazon claims in the patent that its idea is some sort of novel approach and suggests:

Prior art solutions for achieving such a result for capturing images and/or video of objects set against a true white background include solutions that often involve some type of image retouching, post processing, “green screen” techniques, or other special effects and image and video manipulation to achieve the result of an object set against a true white background.

Accordingly, as will be described herein, embodiments of the present disclosure provide a studio arrangement in which an object can be photographed and/or filmed, and the images and/or video captured by the camera achieve the effect noted above without any image manipulation due to the particular arrangements of the subject, camera, lighting and background. (emphasis added)

[sarcasm] Because no photographer prior to Amazon’s filing on November 9, 2011 ever achieved a seamless white background without post processing or “green screen” techniques… [/sarcasm] 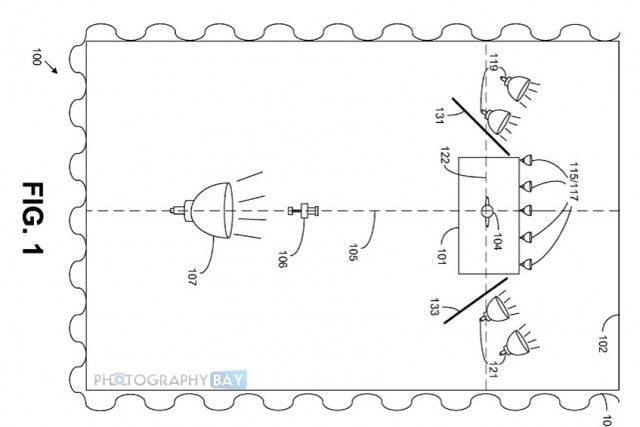 I’m a little rusty on my patent law; however, I’m pretty sure that the novelty of an invention is still a requirement for a valid patent. Accordingly, if an invention is commonly known to the public before it was “invented”, then it is not novel. Given that seamless white background studio photography techniques have been around since prior to Amazon’s 2011 filing, the patent should not have been granted.

While Amazon makes some pretty specific arrangement details in its patent (e.g., an elevated platform that is 21″ high), the general structure is the same techniques photographers have used for years to get that seamless background look.

So the next time you post one of your studio shots of a subject against a white background, don’t be surprised if you get a cease and desist letter from Amazon ordering you to stop using Amazon’s novel approach to studio lighting.

Seriously though, I can’t conceive what Amazon is thinking about doing with this patent application. You can read the patent for yourself here at the USPTO. And, if you have any thoughts on Amazon’s latest invention, fire away in the comments.