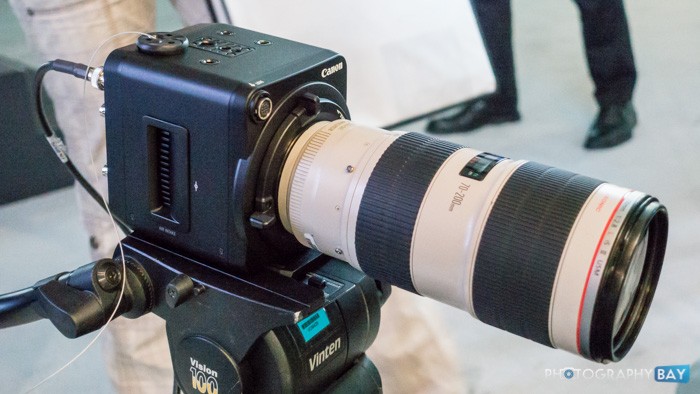 Canon recently announced the ME20F-SH, a full frame EF-mount camera with sensitivity up to ISO 4,000,000. 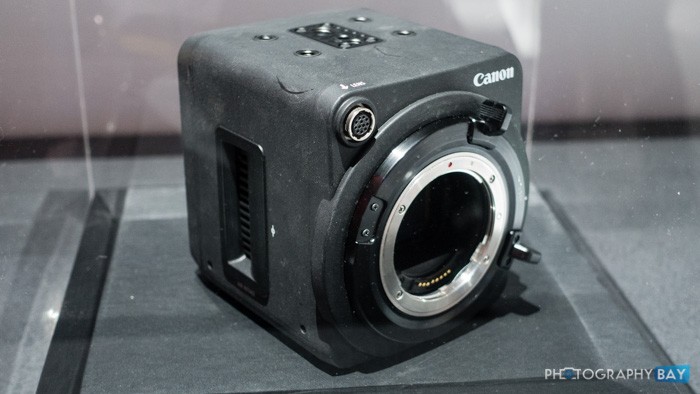 As with other recent announcements, the ME20F-SH was on display at the Canon Expo 2015 in New York last week. Notably, they had a working model on the Expo floor. 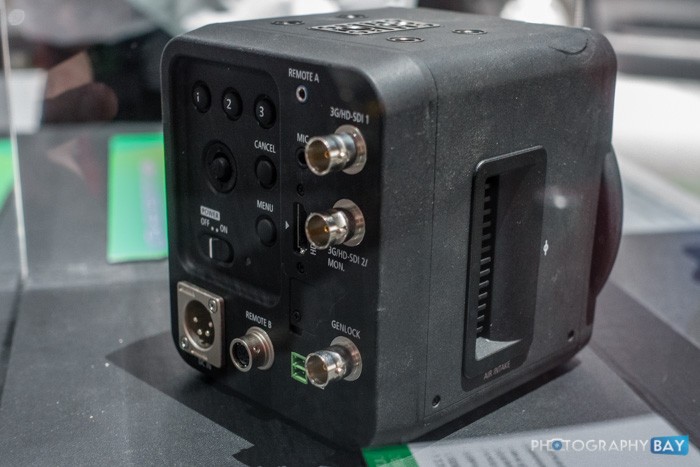 As a quick refresher, it is a 2.2MP 35mm full frame CMOS sensor with a large 19 micron square pixel size – that’s 7.5x the surface area of a pixel on the Canon EOS 1D X. 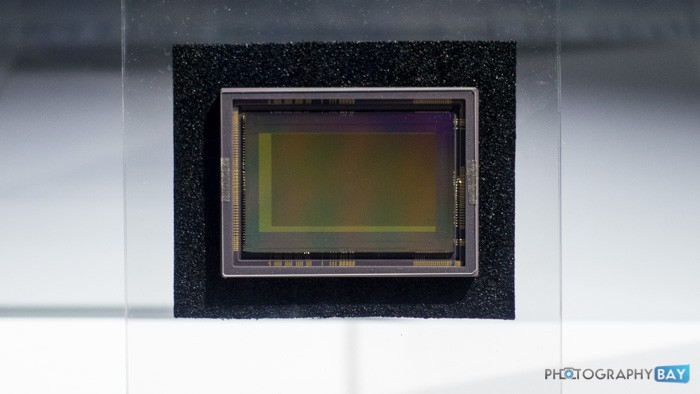 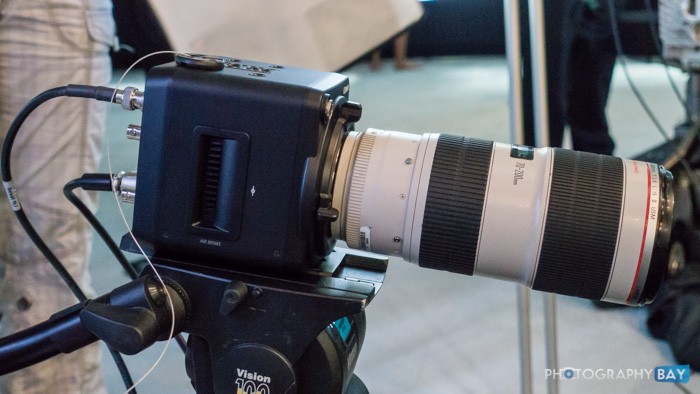 Additionally, it has a digital teleconverter for 2x or 4x magnification and captures full HD video with selectable frame rates of 59.94i/p to 23.98p – including 50p/50i/25i for global users. 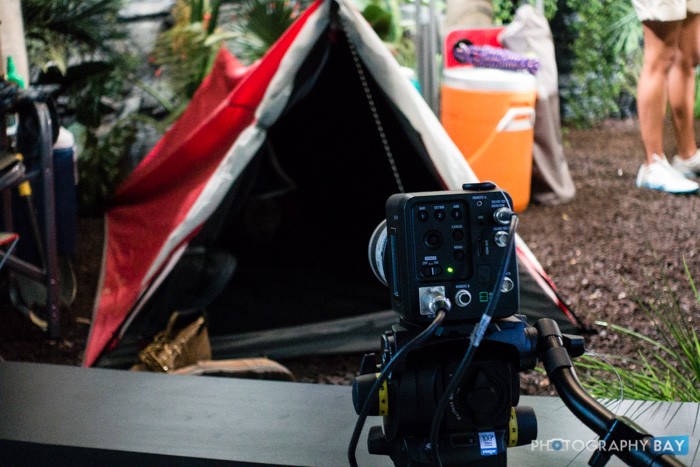 The demo model was framed up on a tent in a scene that was otherwise well-lit. Standing next to the camera, all I could see in the tent was a black area with no detail whatsoever. (The above shot was at ISO 6400 with the Sony RX100 IV and I was able to slightly make out some outlines of detail in Lightroom.) 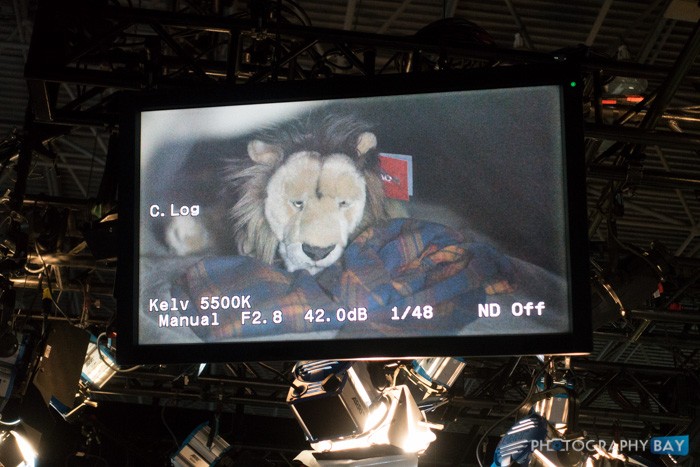 The ME20F-SH, however, was able to show a detailed view of stuffed lion inside the tent, which was being transmitted via the 3G-SDI output to a monitor above the camera. At 42dB, the ME20F-SH was operating at an equivalent of roughly ISO 100,000 – just a fraction of its full sensitivity spectrum. 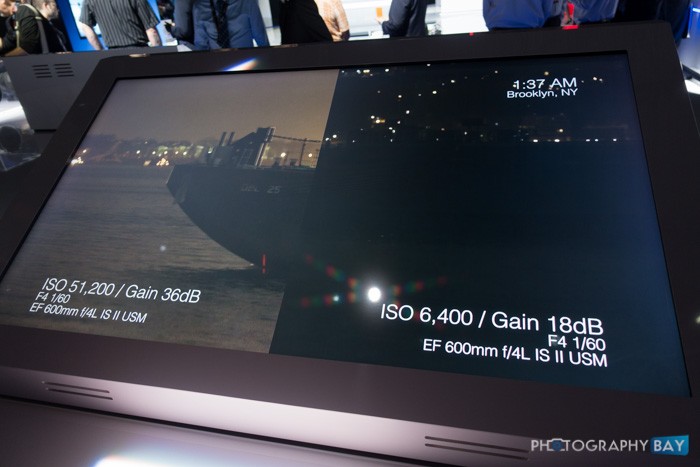 The picture was pretty stunning considering the gain settings they were showing off. Sure there is some slight noise there, but not what you might otherwise expect for these shots. I’d like to see some side-by-side shots with the ME20F-SH and the Sony A7S series but those are still two very different cameras for different markets. 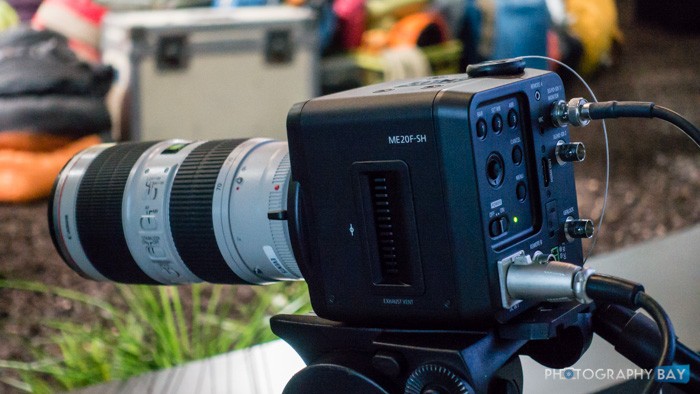 The camera features Canon Log and Wide DR gamma settings for extended flexibility in post production. The Canon ME20F-SH is expected to ship in December 2015 for $30,000. Check it out here at B&H Photo.

You can also view some sample footage here on Canon Japan’s website. 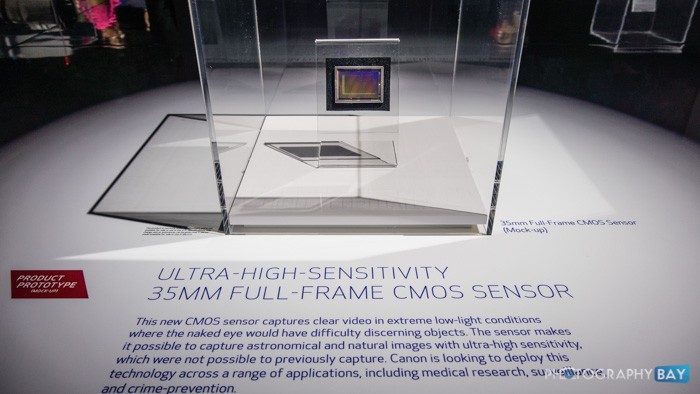 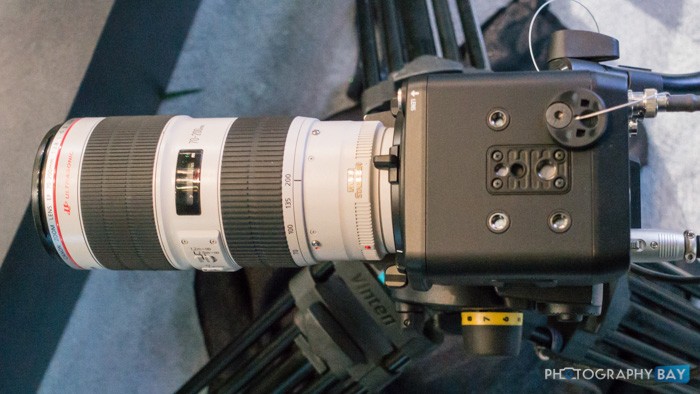 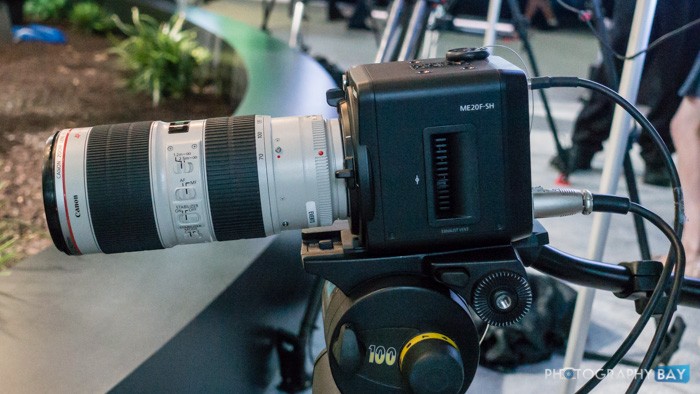