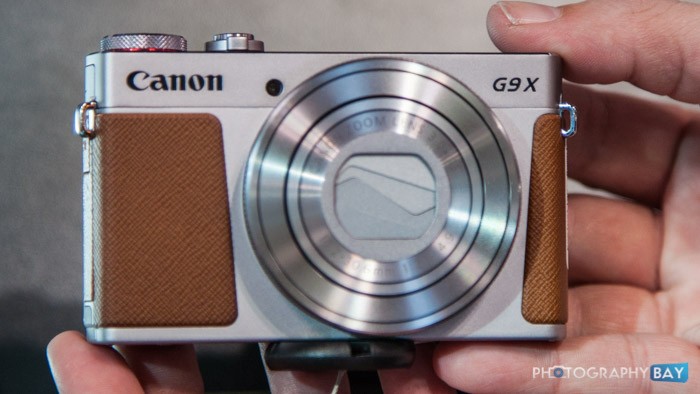 The Canon PowerShot G9 X and G5 X round out Canon’s top-of-the-line G-Series brand. Here’s a quick look up close with them.

The G9 X resides a step below the excellent PowerShot G7 X but is available in a silver and brown design in addition to the more traditional black color. 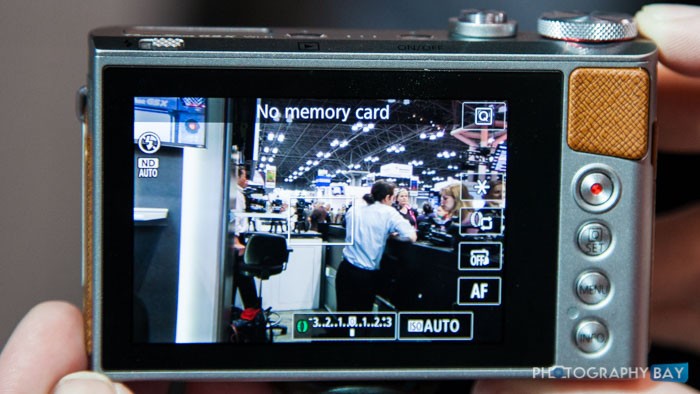 It has a great touchscreen (and only a touchscreen – no EVF option) with a simple set of controls and buttons. That said, Canon left the mode dial in place atop the camera for quick access to all of the shooting modes. 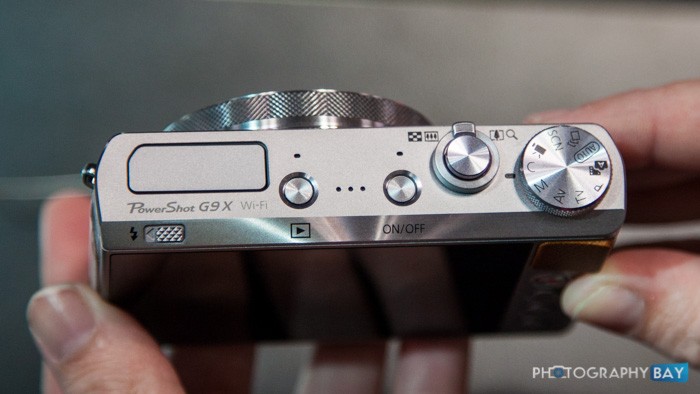 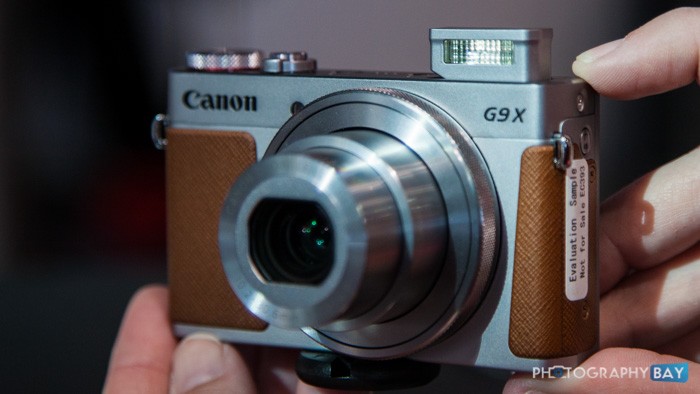 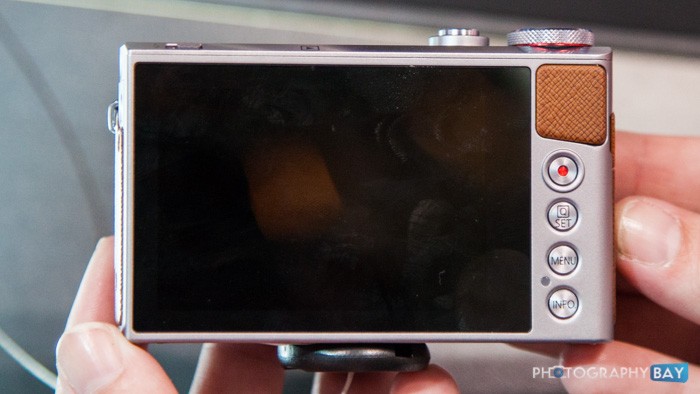 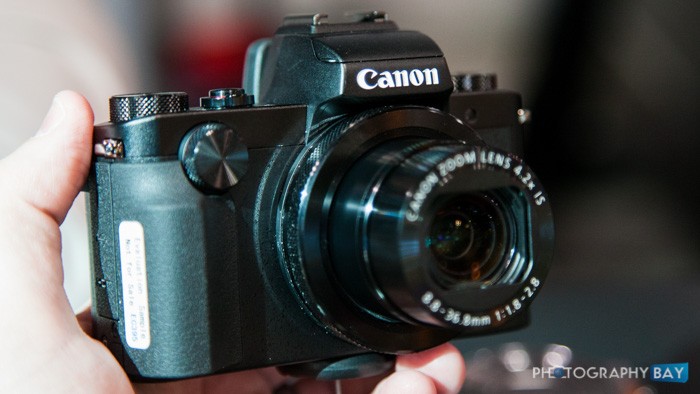 The Canon PowerShot G5 X is a more compact model than the G3 X. It sports a 24-100mm f/1.8-2.8 zoom lens with a 9-blade iris and Image Stabilization, along with a 2.36M-dot resolution OLED viewfinder. Additionally, it has a 3-inch 1.04M-dot resolution touchscreen LCD with a swing-out vari-angle design. 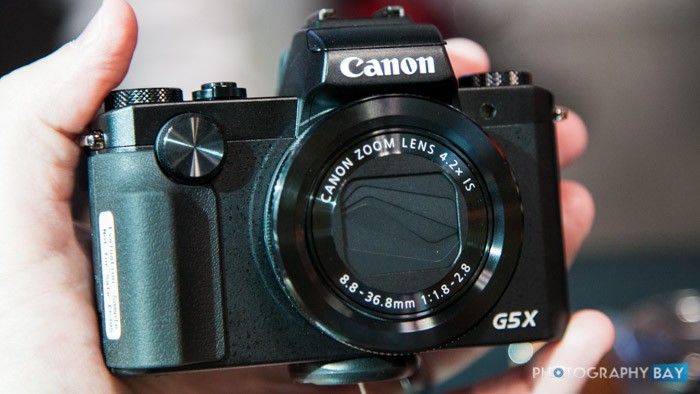 It very much feels like the spiritual successors to the older Canon PowerShot G16 and predecessor models. I don’t know if Canon will continue with the smaller sensor G-series after the G16 but they really don’t need to with the G5 X in place now. 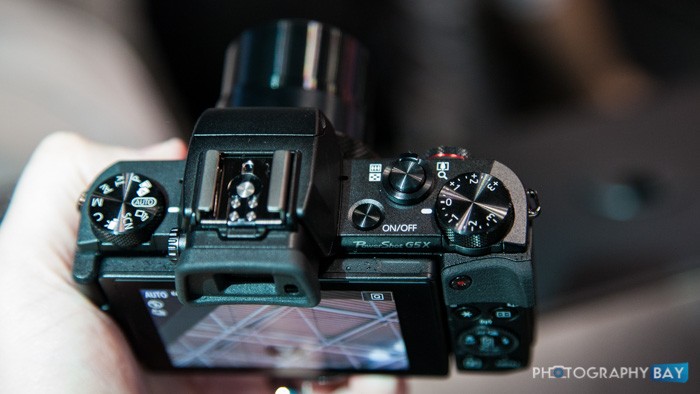 The EVF looks and works great for this compact camera. The controls are advanced and laid out well on the top and back of the G5 X. 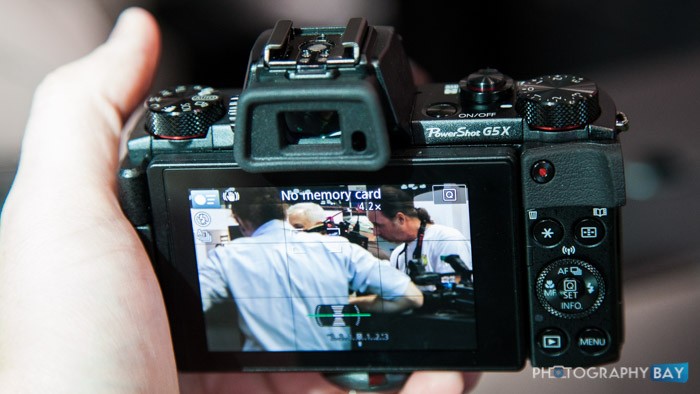 The flip-out LCD is nothing special in its own right but continues the tradition of what we’ve seen on the G16 and earlier models. 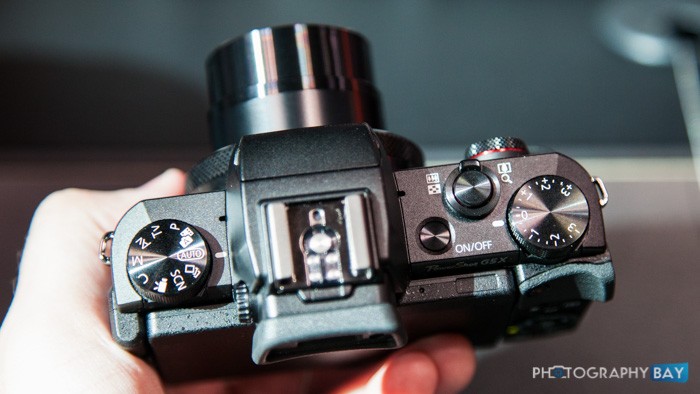 The G5 X also has a hot shoe on top for compatibility with Canon’s EX line of Speedlites and accessories. It also has its own built-in pop-up flash that resides in the faux pentaprism housing akin to a DSLR. 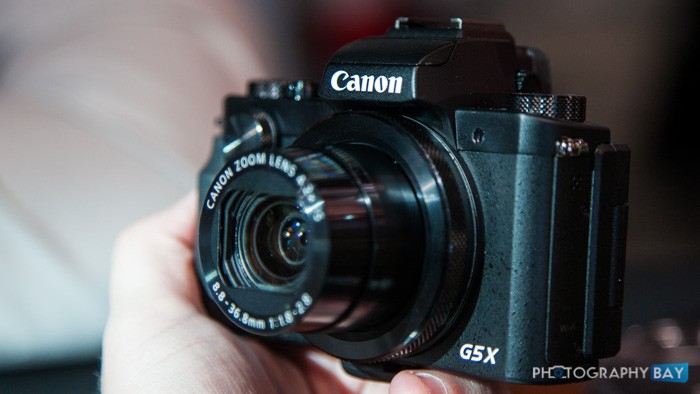