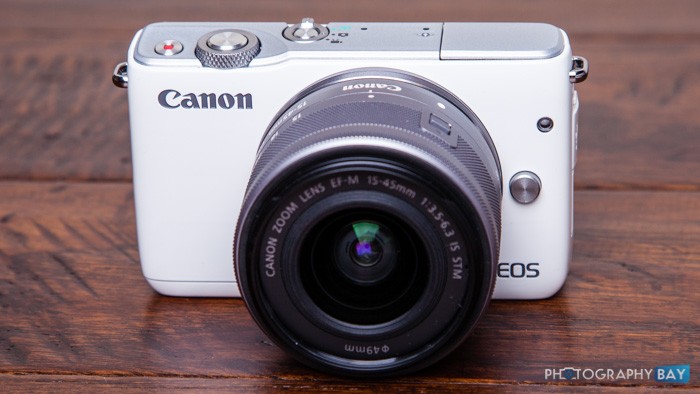 The Canon EOS M10 is the latest in the company’s efforts to become relevant in the mirrorless space. Fortunately, Canon is starting to figure this space out with some solid tech and really good overall user experience. While the EOS M10 may not be the camera the pros are waiting on, it is worth paying attention to because I think it signals what is to come.

There really isn’t a whole lot of sexy to the camera specs. It has a serviceable 18MP APS-C format sensor. If this isn’t the same sensor we’ve seen in the past few generations of Canon Rebels, then it is likely a close derivative. That’s not necessarily a bad thing though. It delivers great image quality for the price and package you get.

The EOS M10 also shoots 1080p video, which looks great – something Canon is also known for in recent years on its consumer DSLRs. 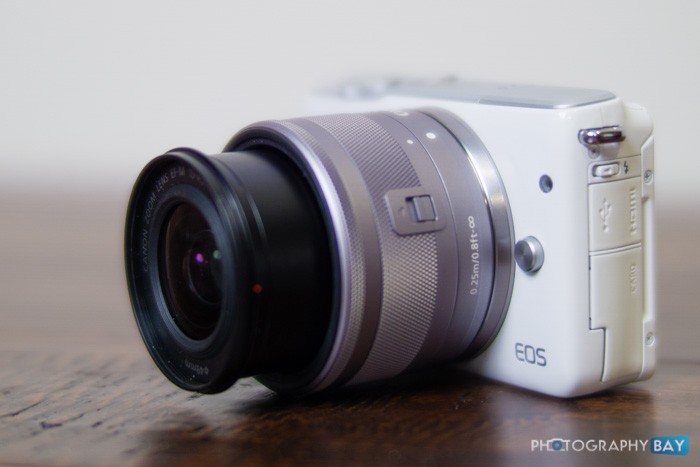 Where the M10 really feels the magic though is in the user experience. Canon has truly put a lot of thought into how the touch screen works in the shooting process and menu system. I don’t know that I have used a camera that is more intuitive to operate when you first pick it up. The menu, controls and touch controls rival even the mighty iPhone in the ease-of-use department. 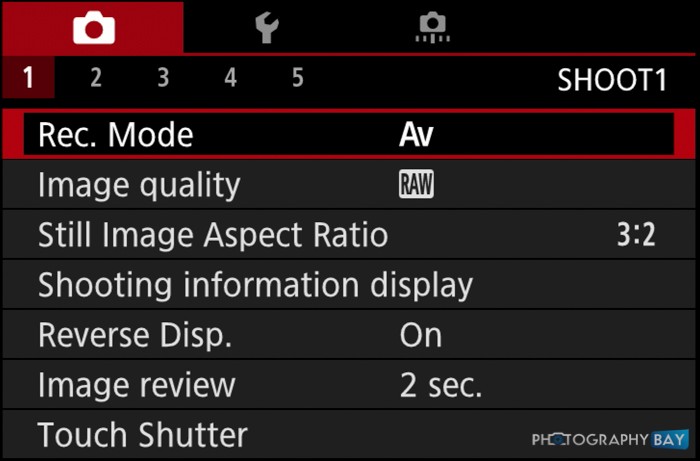 The tabbed menu layout is very intuitive to operate and it is so easy to gain access to settings and features using the touchscreen during live view. Basic shooting modes, the quick menu, touch shutter toggle, live view magnification, ISO, exposure compensation and shutter and aperture settings are all easily accessible from a single touch of the display while in shooting mode. Making changes to those settings is very intuitive to do as well. 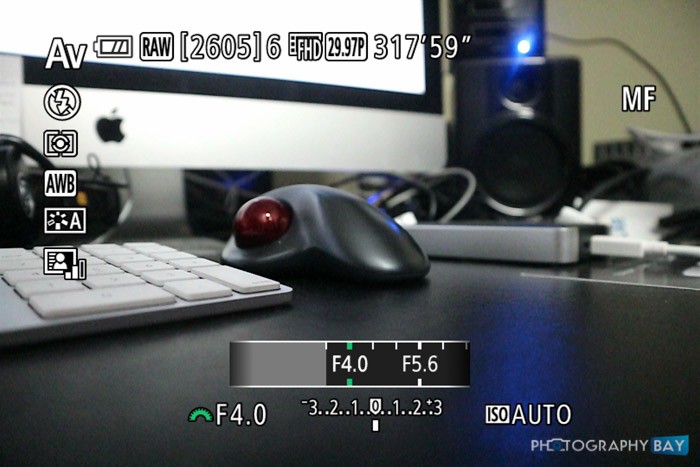 You can actually touch the screen and slide your finger to adjust aperture, ISO, shutter speed and exposure compensation – depending on which shooting mode you are in. Tapping the shooting mode icon in the top-left corner of the screen brings up the ability to select other shooting modes. I can’t emphasize enough how great the touchscreen and menu are on the EOS M10.

The selfie-mode on the EOS M10 was a major selling point for my wife. It’s important for her to be able to take selfies with our kids and I think that speaks toward a more common consumer shopper desire than most photo geeks like me care to consider. Since I’ve had the EOS M10, I’ve personally taken more selfies than with any other camera outside of the iPhone. It’s an easy to use feature that provides a higher quality experience than you get with a phone. 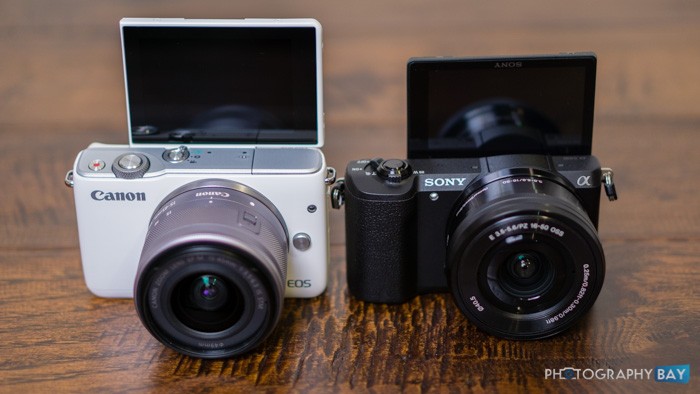 The takeaway from autofocus performance on the EOS M10 is that it no longer detracts from the user experience. That’s a huge step in the right direction from Canon.

Canon has been pushing WiFi into more and more of its cameras lately – and the EOS M10 is no exception. It features WiFi connectivity for smartphones and tablets and NFC connectivity for compatible Android devices. Unfortunately, on the iPhone, the WiFi experience is sub-par.

Connected cameras are a love/hate relationship for me. I love them when it works but I hate Hate HATE this nonsense. #lovehate #wifi #mirrorless #connected #tech

I know there are plenty of Android users ready to cast stones, but until it works perfect on the iPhone, it doesn’t really work at all. And that may not be Canon’s fault (I have similar problems with other cameras as well). A great deal of the onus is on Apple to enable its devices to play nice with users’ other devices. Apple is frequently late to the game on new technology (e.g., USB 3.0, 4K, etc.) and sometimes decides not to play at all in new tech. However, if Apple isn’t going to roll with NFC for connecting other devices, then it needs to adopt another wireless option.

While there were many times that the WiFi worked great, there are plenty of times that it frustrated the heck out of me too. That’s not something I want to risk dealing with on a daily basis. It’s a “neat” feature but still hasn’t arrived for iPhone users. 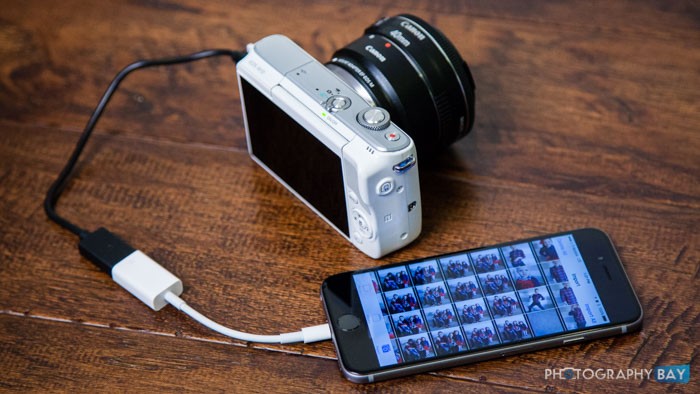 As it stands now, the most reliable and fastest way to connect your iPhone to your camera is to use Apple’s Lightning to USB Camera Adapter. It is so much faster and consistent than dealing with connecting via WiFi on your iPhone and it’s what I have been using ever since Apple updated support for iPhone connectivity in iOS 9. 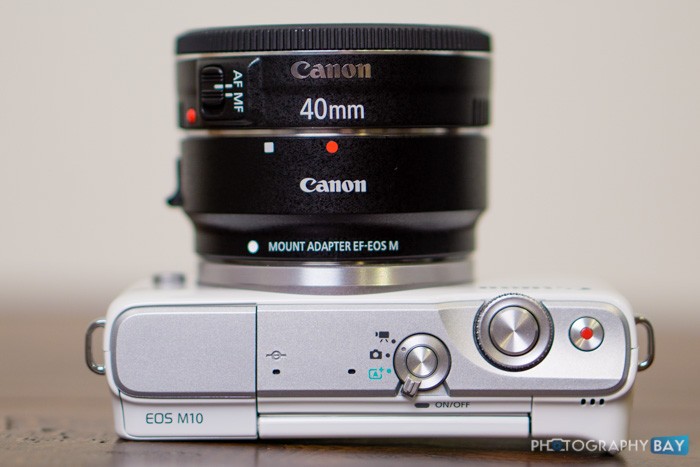 If you have other Canon cameras and lenses, you may be interested in using Canon’s mirrorless system because you can bring along those lenses to the EF-M mount mirrorless cameras with the help of an adapter. Canon’s current EF to EF-M adapter works well enough on EF and EF-S lenses to make it a worthwhile addition to any EOS M kit.

While the retail price of the adapter is around $200, you can still find it for around $50 as a “white box” item at B&H at the time of this review. The white box price means it’s not a true retail box and was probably broken up as an overstock item from those early EOS M kits that floundered because of the poor AF. I am afraid if the Canon EOS M system takes off now that Canon is putting out better cameras that we are going to see the white box items (and prices) disappear and retail prices come back into place at $200 a pop. 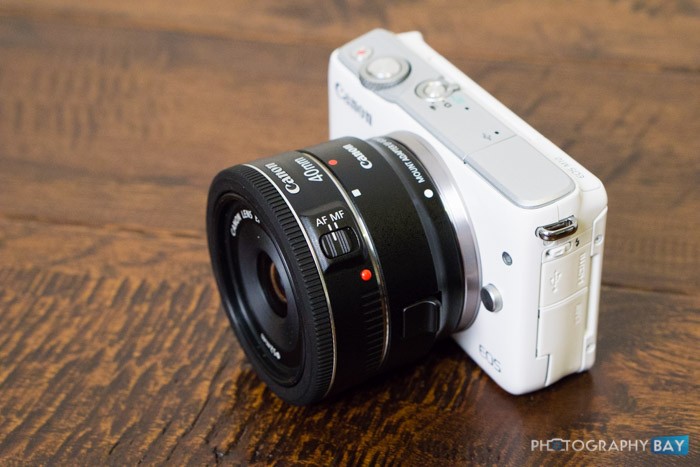 As for the performance of the EF-M lens adapter, I tried it on a number of Canon EF lenses and was pleasantly surprised at the capabilities of all the lenses I tried on the EOS M10. The newer STM models seemed to be the faster lenses, but the EOS M10 had no problem driving the AF and locking focus with much older USM models like the EF 50mm f/1.4 USM. I definitely recommend picking up the EF to EF-M adapter – especially if you can get it for $50. 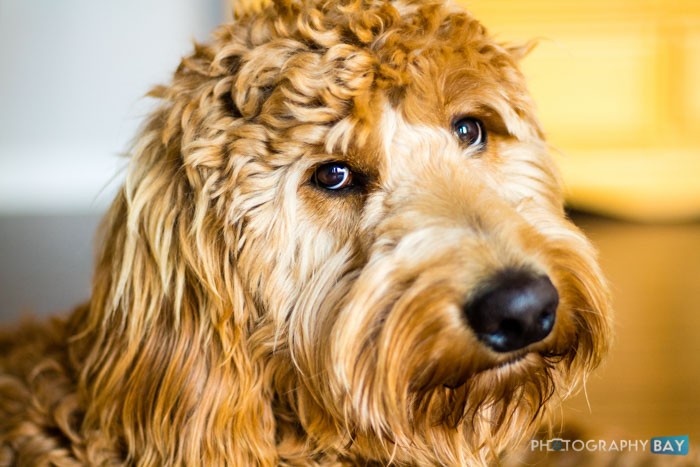 These days, discussions about image quality come down to really splitting hairs. I don’t think the EOS M10, as a consumer oriented camera, is worth splitting too many hairs. That said, the EOS M10 captures great images. 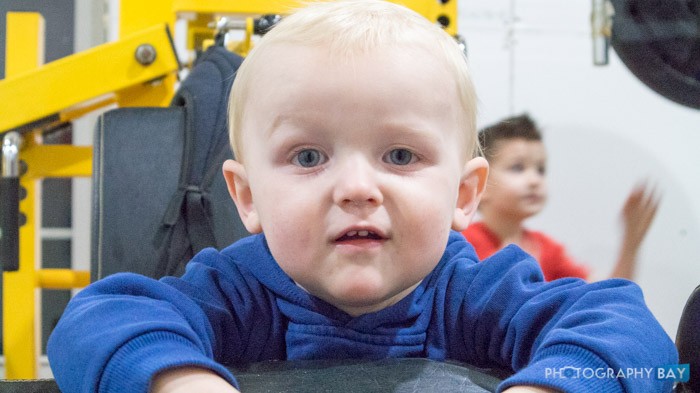 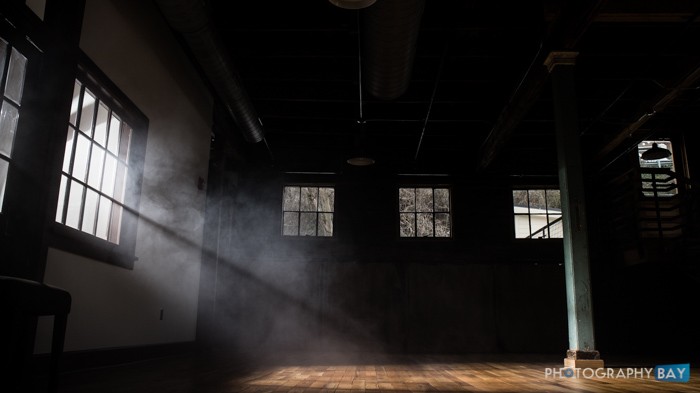 It uses an 18MP APS-C sensor, that is likely the same or a derivative of the sensors used in Canon’s consumer and prosumer DSLRs for several generations. The image quality is generally acceptable for consumer use up to ISO 3200 and can really be pushed beyond for low resolution needs (e.g., Facebook, small prints, etc.). Basically, you can look at the Canon Rebel T5i or SL1 for an equivalent of what to expect with the EOS M10. 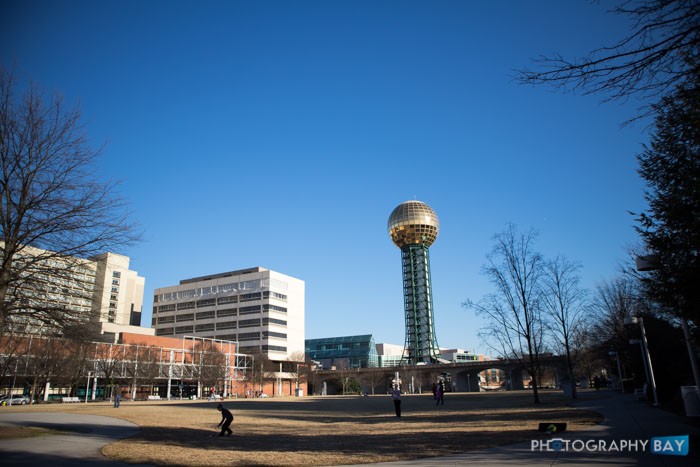 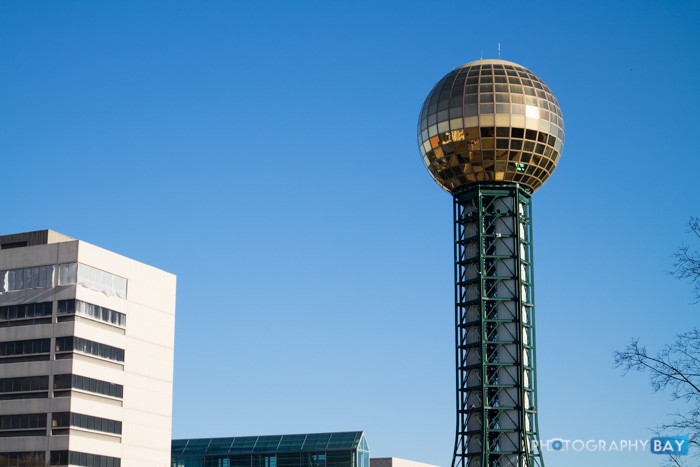 There are a number of what I consider rather gimmicky exposure modes but consumers may appreciate some of these pre-baked camera settings. A few samples: 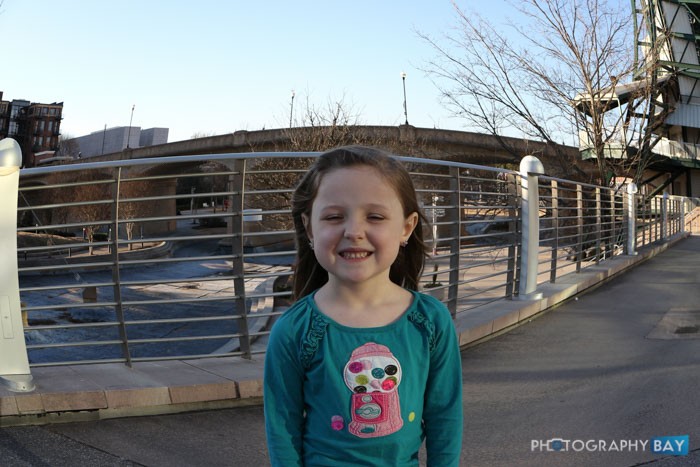 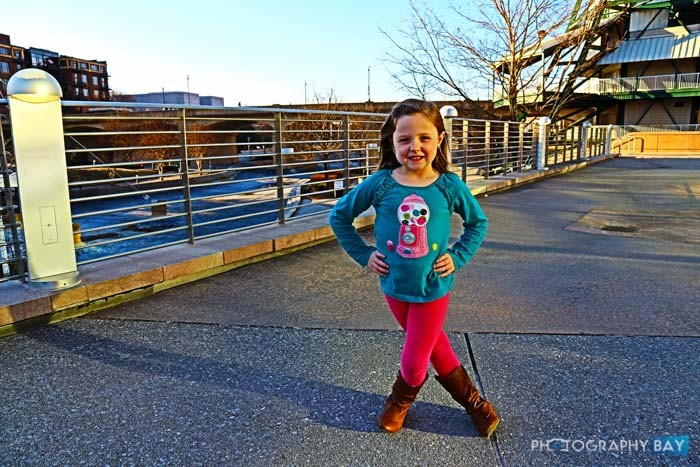 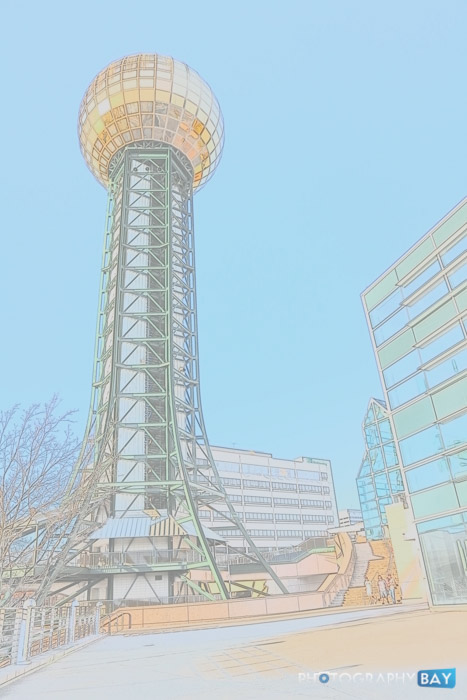 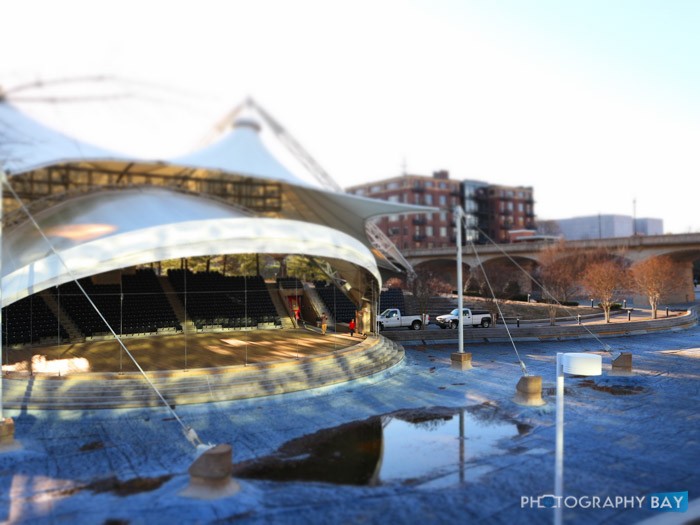 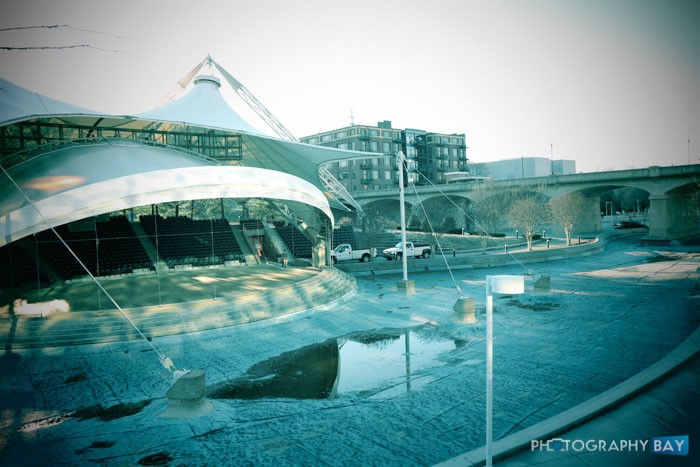 Toy camera effect (there are 3 different options within this one effect). 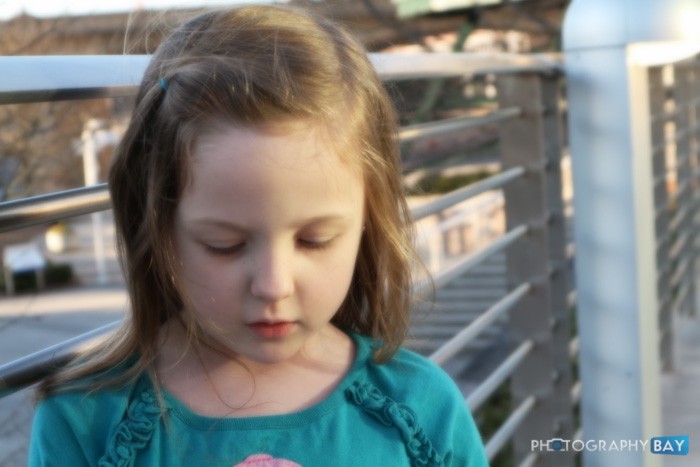 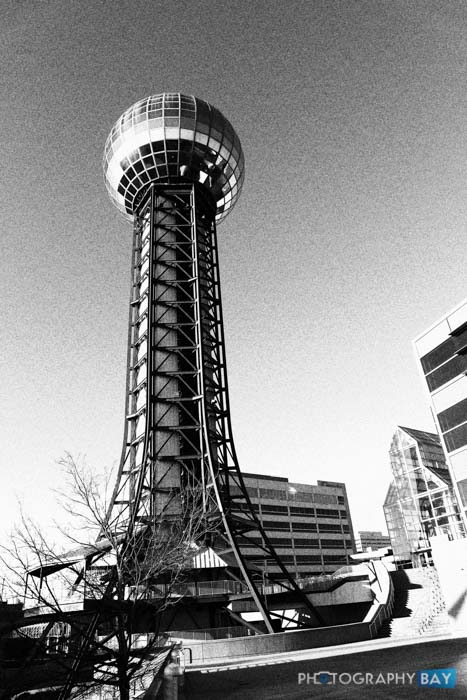 I think some of these effects will likely have an appeal to consumers who are accustomed to using Instagram and other photography apps on their smartphones. That said, I think Canon could do a better job in providing higher-quality and more trendy options.

The biggest shortcoming of the image quality, in my opinion, is the kit lens. That’s not because it’s just a low quality lens. I just think the f/6.3 minimum aperture that you get at 45mm is too dim to make a practical kit lens for this camera. Sony managed to make a 16-50mm f/3.5-5.6 kit lens for its mirrorless cameras and I’d liked to see Canon do at least the same. This is particularly frustrating when there are so few native lenses for the EF-M line.

As you can see, third-party lens manufacturer Rokinon actually makes more lenses for the Canon EOS M line of cameras than Canon makes.

Closing Thoughts on the EOS M10 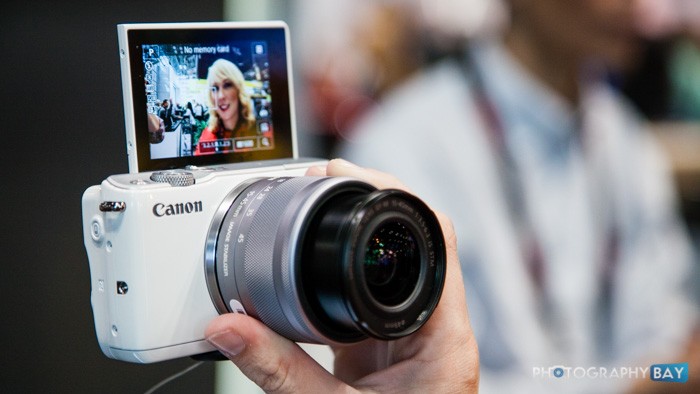 I bought the EOS M10 after my experience with it at PhotoPlus last fall. Overall, I’ve been very happy with the purchase and pleasantly surprised with its performance when using EF lenses with the adapter. I would like to see a fast 30mm and 50mm lens option for the native EF-M mount so that I can mimic the angle of view of my go-to primes on Canon EF and EF-S cameras.

The user-friendly nature and solid image quality of the EOS M10 makes it a great option for consumers. The lack of lenses and premium features make it a tough choice for prosumers and pros. Hopefully, Canon will continue to build its mirrorless line until it can compete with Sony, Panasonic and Olympus. For now, it remains a solid consumer camera and a Canon fanboy (like me) accessory camera for those with a bag of Canon EF lenses.

If you are on the fence between the EOS M10 and a Sony model, my recommendation is still the Sony E-mount cameras. While the EOS M10 has the best touchscreen interface of any camera I’ve used, the lens range and Sony’s proven commitment to the E-mount range edges out the upside of the EOS M line for most users.

You can find the Canon EOS M10 from Photography Bay’s trusted retail partner, B&H Photo, at the following link: