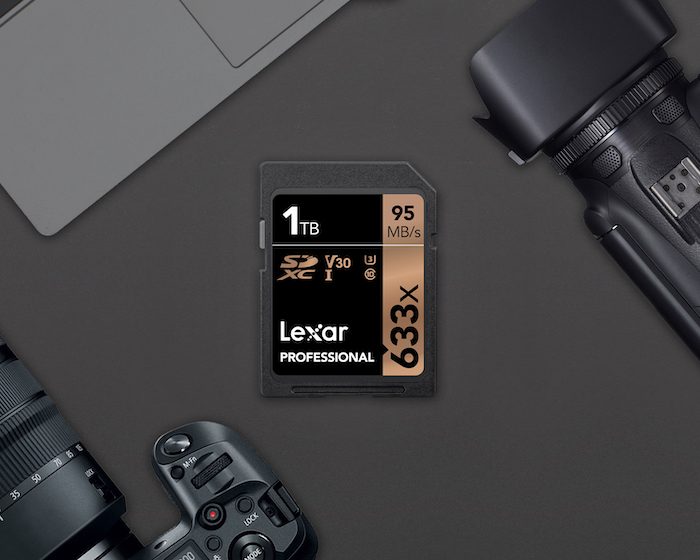 During CES last week, Lexar announced a new 1TB SDXC UHS-I memory card. As resolution for both still images and video continues to creep higher, these larger capacity cards will continue to become more relevant. Although, 1TB seems quite the reach for anything but 4K video right now.

Notably, the new SanDisk card is a UHS-I bus type, which means it lacks the potential speed available for UHS-II devices. This is particularly important when shooting high rates of RAW images or high data rate video. While the card has a max 95MB/s data read speed, it is rated V30 and Speed Class U3. Both of these speed ratings mean the card promises nothing more than a minimum sequential write speed of 30MB/s, which is about all we can expect from a UHS-I bus card. However, Lexar’s own specs state that the 1TB card is capable of “up to” 70MB/s write speeds. (Learn more about SD Card Specifications)

Frankly, this should be fine for most still image scenarios, as well as compressed 4K footage capture that is typical of in-camera recording. If you have a UHS-II camera or external recorder, consider your formats and required speeds before jumping aboard this massive storage card.