Often times you hear photographers say that a lens is fast or slow.  Lens speed can be a difficult concept for beginners to grasp.  So, let’s take a closer look at what we mean when we call a lens fast or slow.

It’s About the Light

A fast lens lets in more light to the sensor.

How We Define Lens Speed

When we talk about lens speed, we are referring to the maximum aperture of the lens.  The aperture of a lens is the diameter of the open circle or diaphragm inside a lens.  This diameter is expressed as an f-number, such as f/2.8 or f/16.

The f-number of a given lens is a mathematical expression that lets us use this as an aperture designation across all lenses of different focal lengths and still get the same exposure values.  We’re not going to worry about those fancy formulas here.  Instead we’re going to look at practical applications and what these aperture values or f-numbers mean when you are making adjustments to your camera.

Why “Fast” Lenses Are Better

Now that’s a pretty broad statement; however, most of us have more of a need for a “fast” lens than we do a slower lens.  There are a couple of big benefits to “fast” lenses:

2. Isolated subjects with out of focus backgrounds

Because more light can get in when using a lower f-number, you can often get better images in available light – especially when that light is relatively dim.

The above image was captured using a Canon 50mm lens using only available light.  By opening the the aperture all the way up to the f/1.8 setting, I was able to use available window light and keep a fast shutter speed of 1/250s.

Using a wide aperture can help prevent camera shake and decrease motion blur in available light scenes because you have the ability to use a faster shutter speed.

In addition to the exposure flexibility you get from using a wide aperture setting, you also can create a nice separation between the subject and the background.

By setting the aperture value to f/2.8 on my 70-200 lens (or, “shooting wide open” as you will hear photographers state when shooting with a lens at its widest aperture setting), I was able to separate my favorite subject from the background of flowers and trees.  If the aperture had been set higher to f/8 or so, then the flowers would be more in focus and, perhaps, distracting from the main subject.  While you don’t always need or want a shallow depth of field, it’s nice to have the option.

A smaller aperture value will increase the depth of field, which means more of the image will appear in focus. 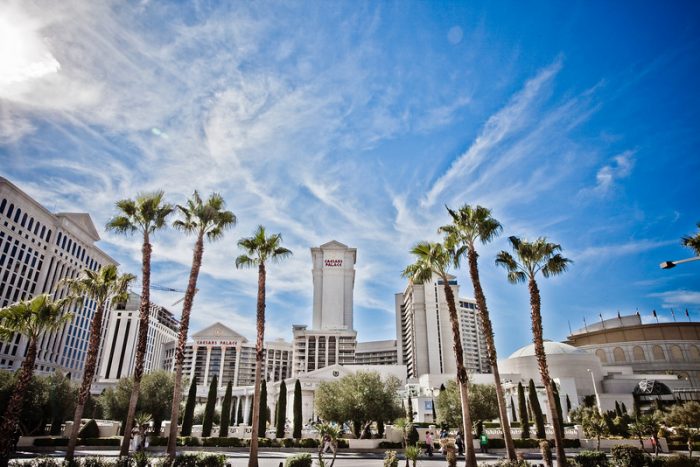 How to Set Aperture on Your Camera

In many of the modes on your camera, the aperture value is set automatically.  On DSLRs and many point and shoot cameras there is a mode called Aperture-priority mode that is typically marked with an “A” or “Av” on the mode dial.

By turning your mode dial to Aperture-priority, you take control of the aperture setting and let the camera choose the appropriate shutter speed in order to obtain a proper exposure.  When in Aperture-priority mode, you can adjust the aperture value throughout the entire range for the lens.

So, now you know that you can use a wider aperture setting (or, lower f-number) to get more out of scenes where you want to stick with available light.

Watch your shutter speeds though.

You don’t want to run out of the necessary amount of light to maintain a minimum shutter speed.  If your shutter speed drops too low, you’ll need to open the up the aperture even further or increase the sensitivity settings to a higher ISO value.

I’ve alluded to lens selection a couple of times already, but lets take a look at some examples of fast and slow lenses.

This is a fast lens.  Recall that the low f-number means that the diaphragm inside the lens is very large when all the way open.  These lenses are typically pretty affordable and solid performers across brands of cameras.  The 50mm focal length is great for portraits on smaller DSLRs.

Here are the lenses from the top brands: 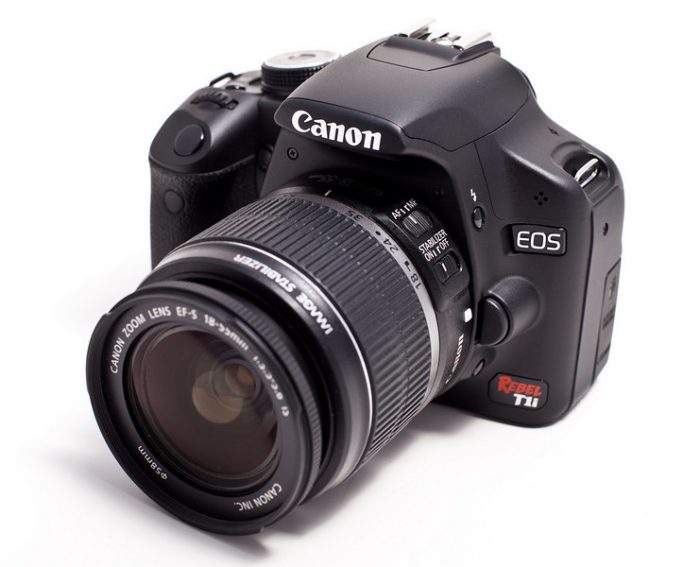 This is a slower lens.  This is a standard kit lens for entry-level DSLRs across several brands, including Canon, Nikon and Sony (e.g., Rebel T1i, D5000, A330, etc.)

Most of these kit lenses are decent performers; however, you can certainly tell a difference in low light.  Often times, it is difficult to capture images indoors using these lenses without also using flash.

In the earlier example of the bride, if I were shooting with an 18-55mm kit lens that had a maximum aperture of f/5.6 at 55mm, I would have to set my shutter speed to 1/25s to get the same exposure, which would put me at risk of getting camera shake blur or motion blur from the bride’s movement.  This is a practical example of the benefits of a fast lens, and why you often hear photographers concerned about lens speed.