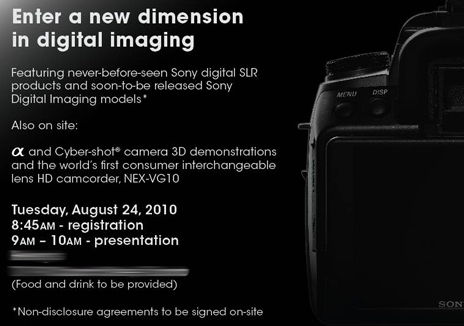 Sony has apparently sent out press invitations (not to me) for a closed doors event on August 24, which will feature “never-before-seen Sony digital SLR products and soon-to-be released Sony Digital Imaging models.”

It seems rather likely that these new DSLRs would be the previously-named Sony A55, A33, A560 and A580 models, which are expected to feature AVCHD video capture.