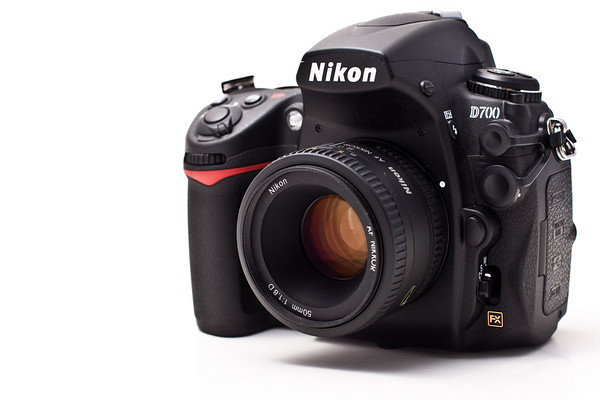 A few weeks ago, I asked Canon users what they wanted to see in the Canon 5D Mark III (or whatever it’s called).  Better autofocus, enhanced AEB options and dual CF card slots were some of the popular requests for Canon.

The Nikon D700 is a bit of a different animal though.  It’s got great AF, but no video options.  The photo purists out there would probably be happy to keep it that way; however, I suspect that the inclusion of HD video capture on the D3s likely signals that the smaller-bodied, full frame D700 replacement will get a dose of HD video as well.

Here’s what I think would be a great feature set for the D800 (on top of what’s already great about the D700):

That’s what I think would make a nice improvement on the D700’s successor.  What do you want?  Are you D700 shooters missing out on the megapixels?  Or, are the low noise levels at high ISOs worth sticking with 12MP?

For the sake of squashing any rumors, I don’t know when a D700 replacement is coming and I don’t know that it will or won’t be called the Nikon D800.  The point of this post is just to open the mic to Nikon users since the Canon guys had such strong opinions last time around.