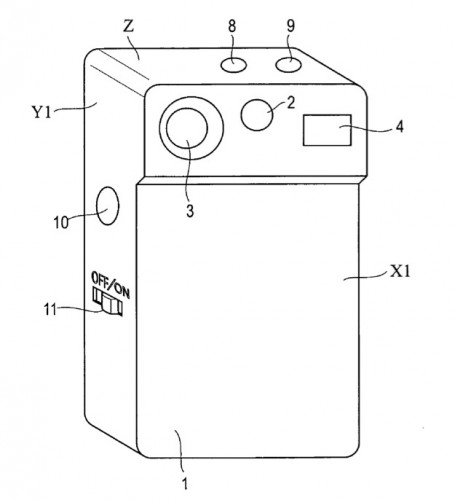 A recent Nikon patent application concerning the voice recording capability of camera reveals an oddly-shaped camera with a touchscreen interface and a stylus for menu navigation. 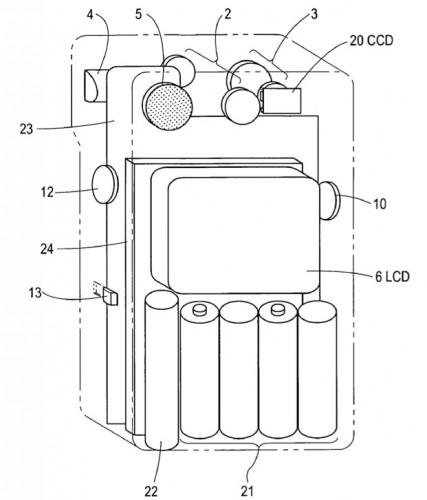 The camera described in the application uses 4 AA batteries for power and looks much like a Flip-style camera, but is clearly designated as a still image camera. 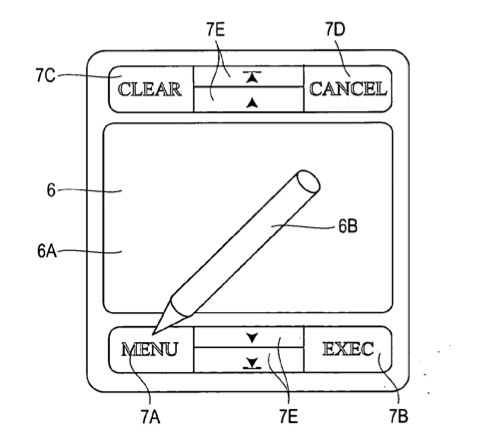 Interestingly, the patent application details the frame rates for the camera with three possible selections – S, L and H.  Obviously, in Single mode the camera captures on 1 frame each time the shutter is pressed.  What will perk your ears up though is that L (for “low continuous”) mode captures 8 frames per second and H (“high continuous”) captures an impressive 30 frames per second.

Of course, the complete specifications aren’t detailed in the application; however, the 30 frame per second speed is expressly noted for still image photography and there is no mention of video capture for this particular camera embodiment.  Here’s how Nikon describes it:

Other noteworthy features include a touchscreen interface that can be used with a stylus or finger inputs.  Additionally, the camera features a calendar and other smartphone-like functions.  Obviously, it’s not a phone, but as I read the application, it didn’t seem like just any old point and shoot camera.  Maybe some kind of professional-use PDA device? 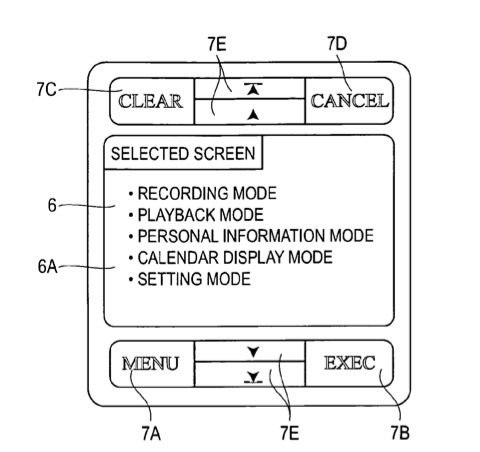 The patent application was filed in February 2011.  As always when looking at patents, it doesn’t necessarily mean something is coming to market.  If you want to check out the 23 pages of light reading, I’ve including a download link for the patent application below, along with more images from the application. 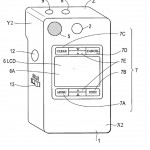 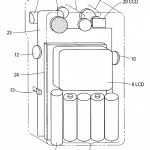 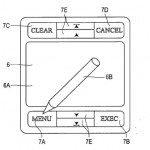 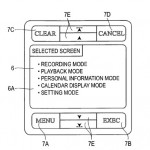 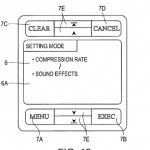 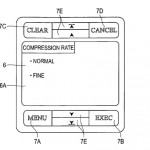 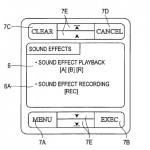 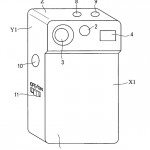