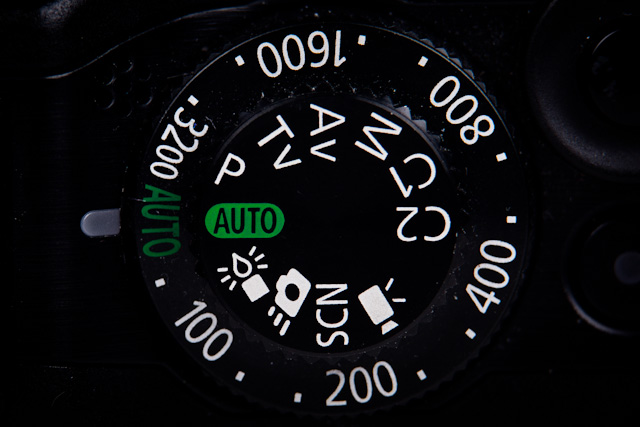 Regardless of your current skill level, you have probably used the little green square mode on a camera at some point. This green square (or little green camera) mode is commonly referred to as the full auto shooting mode.

Many times, when you are shooting in this mode, you get great photos.  Other times though, your images don’t quite come out the way you envisioned them when looking through the viewfinder.  Maybe they are too dark on a person’s face, maybe the thing you want to be in focus is out of focus, or maybe the colors just don’t look right.

That’s what happens when you give control to a dumb box.  That’s right.  Your camera is dumb – especially when it’s in the little green square mode.

Ok, so maybe “dumb” is a little harsh, but it’s just doing math – you know, programs, algorithms, and so on.  Some very smart people have programmed these cameras to evaluate light and objects, and then have the cameras produce a pre-programmed response that works for the average photographic situation.

Automatic is not always a good thing in less-than-optimum conditions.  When the camera mode dial is set to the green square, it is trying to control everything.  From exposure settings, to autofocus settings, and on most cameras, even the use of flash is relegated to the camera’s sole discretion.

In full auto mode (i.e., the green square), the camera decides the appropriate shutter speed, aperture and ISO settings.  Often times, these can be the most intimidating settings for novice photographers to adjust.  However, the camera’s choice for these settings can ruin a photo opportunity in less-than-optimum situations.

In full auto mode, the camera is measuring the exposure values across the entire frame.  This means that if you are taking a photo of your family or friends with a bright sky behind them, the camera will often underexpose the people in order to balance them with the bright sky.  Of course, it doesn’t have to be a bright sky, a bright lamp or other light source in the background can trick the camera into thinking that the people in the photo need to be darker.

The camera is not mad at the people in the photo, it just doesn’t know that they are the important part of the photo.

The camera sees the world’s bright and dark scenes as a middle gray – or 18% gray as it is known among photographers.  This middle gray is a balance of light and dark areas across an entire scene to create a proper exposure.  This is what the camera is doing when it evaluates a scene with its built-in light meter. 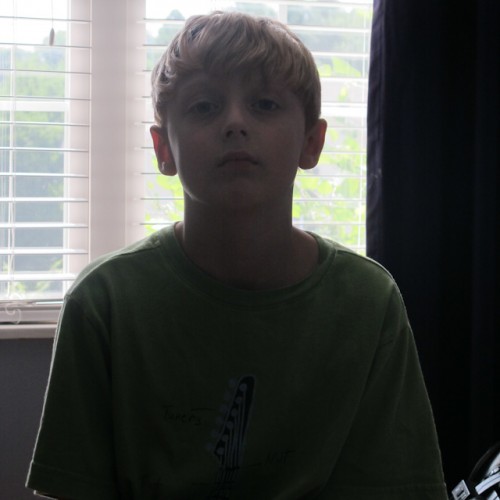 With this middle gray concept in mind, take a look at the photo above.  I used the green square mode to capture this photo of my son in front of a window in his room (he was very excited about my request to use him as a model – as you can tell).

This should be simple, right?  It’s just a picture of kid – and there’s a window behind him.

The camera did its middle gray thing just right; however, because the window behind him was so much brighter than than his face with the room light hitting it, the camera thought that he needed to be darker to balance against the bright area and make a photo that fit within its middle gray rule. 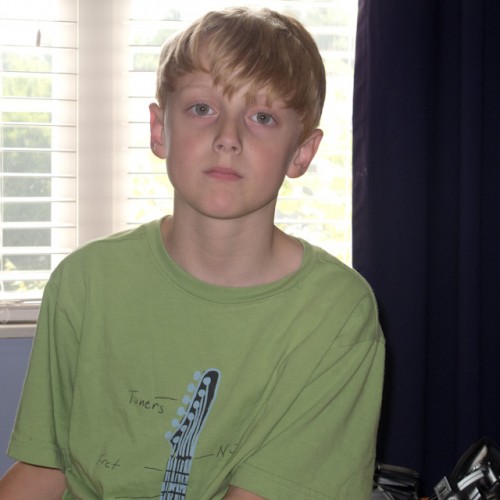 It is actually pretty simple to get a properly-exposed photo out of this scene.  You just won’t be making it in the green square mode.

The above photo was captured using Program mode, which is represented by a ‘P’ on the mode dial or in the camera’s menu.  We will discuss Program mode in a later article, but what is important to understand is that it allows me to force the camera away from its middle gray evaluation of the entire scene or, as I did in this case, decide for myself when the camera’s flash should fire.

Understanding what your camera is looking for when you are composing your shot will help you in deciding whether it is ok to leave the camera in the green square mode or to take some control away from the camera.  Sometimes, you just have to do it yourself to get the shot that you have in mind.

Most compact cameras nowadays have face detection auto focus, which generally works quite well and is usually enabled in the green square mode.  Some entry-level DSLRs cameras offer face detection in certain shooting modes.  When face detection fails though or you don’t have faces in your shot, it can ruin a photo because everything comes out blurry (or out of focus).

The default autofocus mode on most cameras (when face detection is not active or available) usually favors focusing on the closest object to the camera.  That is just great when your subject happens to be the closest object in your photo.  If you want to include a bigger scene in your photo, however, the camera may want focus on something different than what you intend.

If you are like me, you have probably been bitten by a photo that looked nice on the back of the camera’s tiny LCD but ended up being out of focus when you made a larger print.  Maybe it turned out that it focused on the ground that was a few feet in front of where your kids were standing instead of on your kids’ smiling faces?  Of course, I’m speaking from experience here.

There is an easy way around the autofocus dilemma of the green square mode, and it’s something available on every DSLR on the market, as well as almost every compact camera out there.  We’ll discuss this easy and nearly foolproof function in a later article as well.  For now, I just want to familiarize you with what happens in full auto mode. 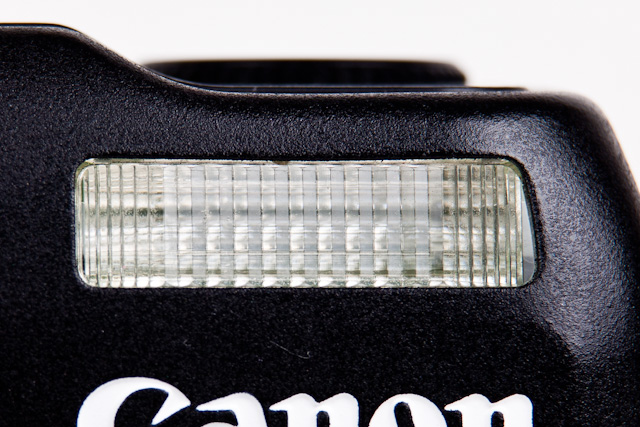 That built-in flash on just about every camera produced is a great feature to have, so long as it is used in the appropriate situations.  Unfortunately, many cameras take control of the built-in flash when shooting in full auto mode, which might be the wrong look for your photo or can even embarrass you by popping at an inappropriate time.

Notably, several of the most recent cameras will sometimes sense a backlit scenario and automatically apply fill-flash.  I think this is great – and it’s a testament to the quality of engineers who are designing today’s cameras.  Unfortunately, even the newest cameras are not always consistent in recognizing such situations and applying the appropriate fill-flash.  This is where your brain should kick in.  You should be using your understanding of how the camera works and know how you can artistically use its features to get the photo you have in mind.

If your camera takes complete control of the flash in the green square mode, then that alone is reason enough to avoid using the green square mode altogether.  There are some great uses for pop-up or on-camera flashes, but they should only be by your own choosing based on what you see (not what the camera sees).

These are some of the major functions that the camera controls when you operate it in full auto mode.  While the full auto setting can yield some great photos at times, it can also be maddening when you don’t know why your photos come out different than what you want.

I hope these tips help you recognize problems that can exist when shooting in full auto mode.  In a future post, we’ll look at other camera modes that allow you to more precisely control just what your camera is doing.