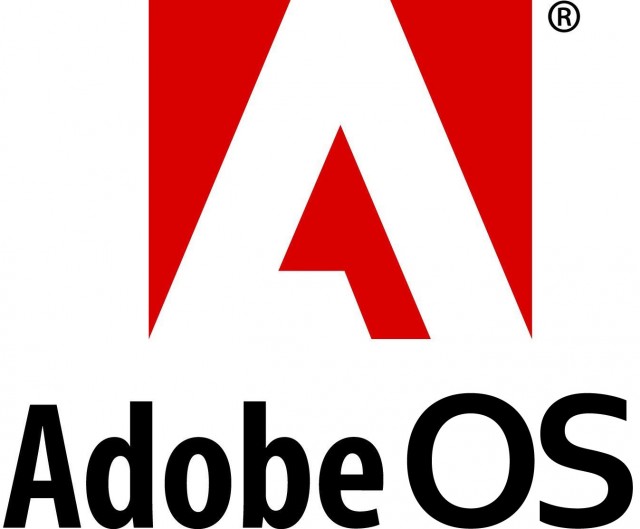 In the whole wide world that we live in, there are only two operating systems on which most creative professionals can accomplish their work. It’s about high-time for a third, real choice.  Isn’t it?

I use both Macs and PCs daily.  They both have their advantages and disadvantages.

The biggest problem I see is that the big two operating systems are built as one-size fits all products.  And that’s the one thing they don’t do – they don’t fit all users.  Certainly not creative professionals.

And that’s why I think the creative world is ready for an OS choice built with them in mind.  I can’t think of a better company to make something like that happen than Adobe.

Now, I don’t know whether or not Adobe is even thinking about doing something like this, but I sure hope they are. I think the timing is perfect for Adobe to launch an OS solution for creative professionals that is hardware agnostic and is built around the concept of speed for creative development.

My biggest problem with the Mac is the closed platform.  And it’s not the “closed for the sake of security” stuff that bothers me. It’s more of the “big bad bully closed” feeling that gets me.

No matter how much I spend on a high-powered Mac, I’m wedded to Apple’s whims when it comes to future hardware expansion or software support.  But, my biggest fear of Apple’s closed environment is exemplified in the Mac App Store.

Of course, we can still buy software off the shelves for our Macs, but for how much longer?  When is Apple going to decide that “the best way to secure the Mac OS is to establish an Mac App approval process?”  The developer frustrations from the iPhone App Store echo in my head.

So far, the Mac App Store has been a very smooth tool to use.  But, I don’t trust Apple.

And with the ongoing Final Cut Pro X fiasco, a lot of other pro users have lost trust and faith in Apple as well.  While I don’t really have a dog in the Final Cut Pro X fight, the way Apple has handled the support of its faithful pro userbase has been rather sad.

Frankly, I like Final Cut Pro X.  While it is very different from an interface standpoint as compared to FCP 7, I’m learning to use it and can see its potential for the way I handle media.  That said, I also know editors who are up the creek with an outdated, unsupported 32-bit FCP 7 that’s been declared end-of-life by almighty Apple.  That sucks.

Some people respond to these criticisms with, “well, then, don’t upgrade!”  Ok.  So, you want editors working on film and TV projects to stick to a stale, 32-bit program (assuming they don’t run out of needed licenses for additional, needed seats) for another decade – with no other updates?

The “don’t upgrade” comments come from those who are either ignorant to the problems this FCP X has created for working professionals or unwavering fanboys.  In either event, “don’t upgrade” doesn’t solve anything.

So, what’s happening to the creative professionals who cannot use FCP X?

Both companies are enticing FCP 7 users to jump ship and swim over to their more traditional and power-user-friendly platforms with some pretty attractive discounts.  And while I have only used AVID a little in the past, it is still an industry standard.  And, for the more affordable platforms, I actually prefer Adobe’s Premiere Pro over Final Cut Pro 7.

The reason for this preference is not the interface.  They are very similar, in fact.  Heck, you can even use FCP 7 keyboard layouts to work in Premiere Pro.

The actual reason I chose Premiere Pro over FCP 7 as my primary editing platform when I started getting more serious about video editing was performance and the integration among Adobe’s Creative Suite programs.  One of the big reasons that everyone was so excited about a 64-bit version of Final Cut Pro is because FCP 7 had its limitations with RAM and processing power on the speedy new Macs.

I also love the ability to roundtrip media between Premiere Pro, Soundbooth (now Audition in CS5.5) and After Effects.  Just about every time I edit media in Premiere Pro, I’m sending something out to one of the other programs and then bring it back in seamlessly.

And, it’s not just video programs either for Adobe.  I frequently use Lightroom and Photoshop together with near seamless integration.

For some reason, Adobe just feels like its more “on the side” of creative professionals, while Apple more and more feels like the Man – shucking and jiving me for all it can get.

And then, there’s the hardware lockout.  Sure, lots of DIYers create their Hackintosh projects, but that’s not helpful when you need support from your manufacturer or you need to know that your machine is going to be stable on current and future OS upgrades.

Apple seems to love proprietary or creating its own “standard.”  Apple gave the USB 3.0 the finger even though it has boomed on PCs over the past year or so.  While Thunderbolt looks to be quite the cool alternative I/O standard, we’ve been waiting for products to roll out for months.  What we hoped would be a flood of Thunderbolt products this Summer has turned into a slow trickle of only a handful of products and a $50 Thunderbolt cable direct from Apple.

The reason I use a Windows PC is because it’s not a Mac.  Along with the closed platform rant above, you get so much more bang-for-your buck when you buy a PC.  That’s not a Windows OS thing, but a hardware thing, which I think is one of the biggest advantages to go with Windows.

But then, trying to troubleshoot why some kind of fax driver is interfering with a webcam becomes a regular hassle.  And then, there’s bloatware.  Anything and everything that Microsoft and PC vendors can throw on a computer ends up on there and it unnecessarily uses system resources.

And then there’s security.  Microsoft’s legacy support issues seem entirely opposite of Apple – to a fault.  At some point, you have to cut off support for obsolete programs and functionality (not to give Apple any slack here for what it did to professional editors with FCP X).  Yet, because so many different types of users are married to Microsoft, it simply can’t cut support when it otherwise should.

I have a love-hate relationship with my desktop PC.  Unlike my Mac, it doesn’t “just work.”  Weird driver issues crash the video card on an infrequent basis, but it’s always at a point when I haven’t saved my work.  There always seem to be half-a-dozen or so programs that need to be updated.  And, there’s always something running in the background that shouldn’t be.

On the other side, I’m free to upgrade my system using whatever components from whichever manufacturer that I choose.  The price point for those components, or a system as a whole, is generally more than reasonable – and a certifiable bargain compared to what options Apple offers me.

If Windows was as reliable as OS X, I wouldn’t be writing this right now.  But the fact that Windows tries to be everything to everyone prevents it from doing what we need it to do . . . just work.

I can’t think of a company in a better position to compete in the desktop OS market than Adobe.  The company already has a strong, faithful userbase who would jump on the ability to operate independent of Apple’s overpriced hardware and growing stranglehold on software support and distribution, or – on the other hand – would jump ship from Microsoft’s bloated and buggy Windows OS.

Adobe is really making a push toward the mobile market right now, supporting app development across a broad range of devices.  However, Adobe professional software users live and breath on full-fledged computers – PC and Mac.

Adobe already has what appears to be a pretty strong partnership with HP, which could certainly develop “certified” hardware configurations that come preloaded and optimized with Adobe OS and Creative Suite software.  I can’t see HP balking at that arrangement since you can get already get turnkey Windows systems that are pretty much the same.  Why can’t we just have the same thing without the Windows crap between Adobe and the hardware?

I think the addition of an Adobe OS could be another consolidating move on the company’s part (like the Macromedia acquisition) to further solidify it’s position as a single resource for creative professionals.  As a result, I think Adobe OS could be a win-win for the company and its software users.

Am I the only one who feels like there should be another choice of operating systems?

If not Adobe, then who?