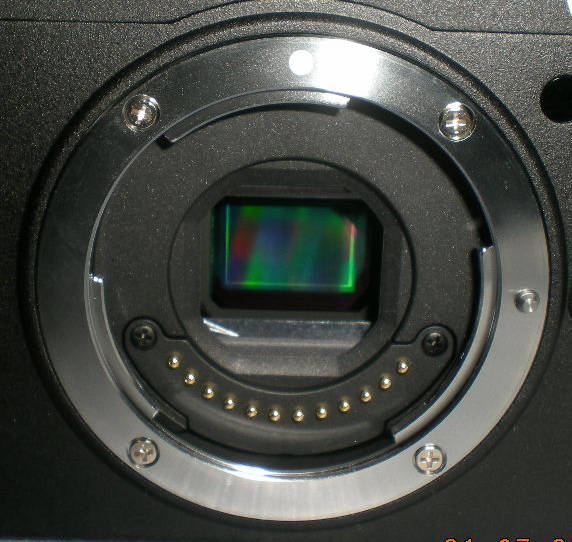 We may be seeing an entirely new Nikon mount next month.  Above, you see the lens mount of the Nikon mirrorless project camera, believed to be known internally as the X810.

According to Nikon aficionado Thom Hogan, the launch of a Nikon mirrorless camera utilizing a 1-inch, 2.7x crop sensor is imminent. Sources tell him that a launch of the camera (that goes with the leaked lens mount above) is likely to happen around the end of September, but certainly before CES rolls around in January.

The new camera is expected to launch with three lenses in the system – a “wide angle prime, kit zoom, telephoto zoom.”

Of course, there’s no word on pricing or final availability; however, a September launch would presume that these will start shipping in time to make the holiday rush in November and December.