The Olympus E-P3 is the third model in the flagship Micro Four Thirds lineup known as PEN cameras, which got started with the E-P1.  I’ve been using the Olympus E-P3 for a couple of days now and wanted to give you some of my initial thoughts on the new camera and why it’s the best PEN yet.

First of all, it’s fast.

I haven’t cared too much for the prior PEN models due to a rather sluggish AF performance, especially when compared to Panasonic Micro Four Thirds and Sony NEX cameras.  The short hand-on time I had with the E-PL2 demonstrated a somewhat faster AF system; however, the E-P3’s autofocus speed at or better than what Panasonic and Sony are doing with their mirrorless cameras. 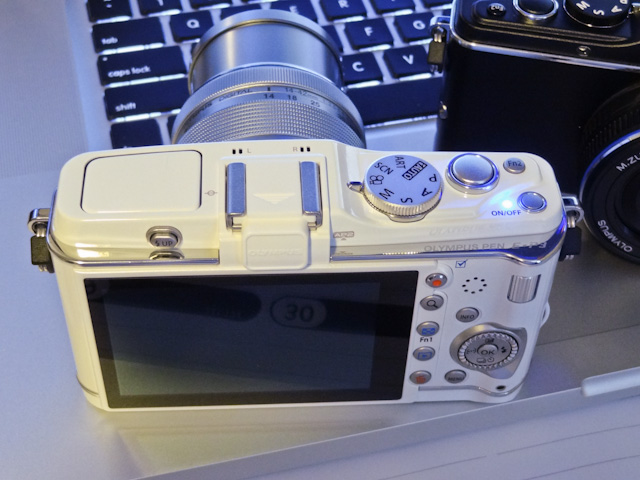 The E-P3 has a great design and control layout.  When the E-P1 came out, I was disappointed that it didn’t have a pop-up flash, opting only for external flash via the hot shoe.

These cameras are great for serious photographers who want to do some casual shooting, as well as the consumer crowd who wants a bit more than the average point and shoot.  In both of these scenarios, I think a pop-up flash is a very smart option to include.

Olympus somehow managed to keep the size down and include a pop-up flash that is completely hidden inside the body when not in use.  And for those who want to go a bit more on the serious side, there’s still a standard hot shoe on top.  So, big kudos on the clean design and flash functionality.

Keeping with the design and controls for a bit, the menu system is smart and intuitive throughout.  Of course, a mode dial up top gets you where you need to go for basic shooting modes.  And, I really like the way Olympus handles the other popular adjustments and controls via the side dock overlay in the LCD that you can bring up with a quick tap on the OK button. 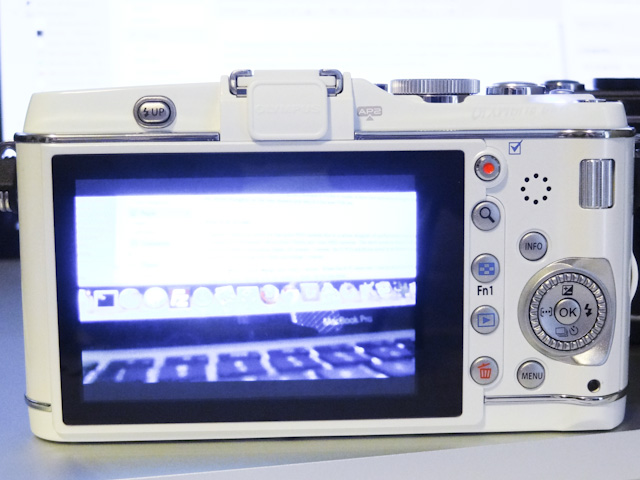 Another great feature with the E-P3 is a robust video mode with full manual exposure control available.  I’m looking forward to shooting a bit more video with the E-P3, but it looks very promising for both enthusiasts and casual shooters.

On the casual side of the video feature, the autofocus appears to be pretty smooth and accurate with the 14-42mm kit lens.  As a result, the E-P3 has the very real possibility of becoming a true dual-purpose camera – even for everyday casual video.

This just a hint at some of the power in this pint-sized shooter that I’m rather excited about.  Expect to see lots more about the Olympus E-P3 as we talk about specs, image quality and more in future installments here.  For now, I’m off to shoot some more stills and video with the new camera.