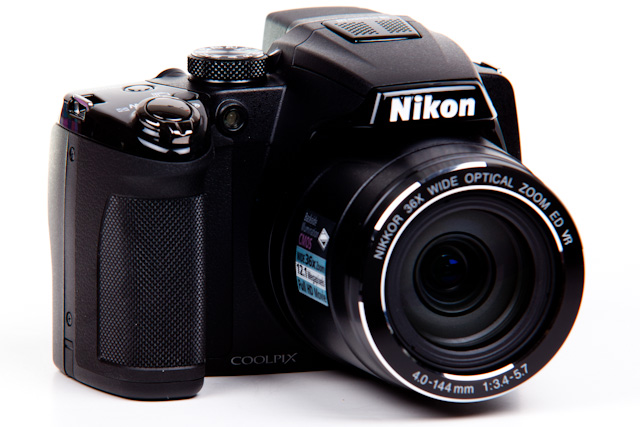 With a broad feature set and fast performance, the P500 is a jack of all trades that’s begging to tag along on vacation or sports outings. 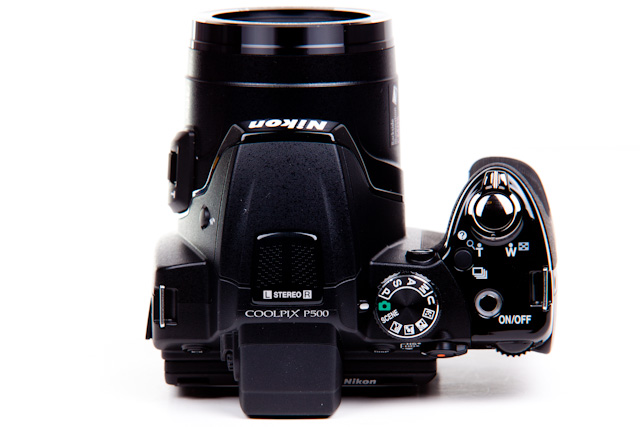 As a superzoom camera, the P500 is pretty typical in size.  It has a nice rubberized grip and a rather typical control layout.

In the hand, the Nikon P500 feels a lot like an entry-level DLSR – again, typical for a superzoom.  It’s not a pocket camera, but you don’t really expect that with a zoom range equivalent to 23-810mm on a full frame DSLR.

The P500 has a nicely-crafted grip on the right side that offers a comfortable rubberized pad for your fingers.  A small lip on the inside helps the grip rest securely in your hand.

On top of the camera, you get the typical mode dial with quick access to auto shooting mode, along with more customizable PASM modes for those enthusiasts looking for a little more control.

The shutter release has a zoom rocker switch that wraps around it, which works just fine.  However, Nikon has stepped up the game with a zoom switch on the left side of the lens housing, which works great during two-handed operation. 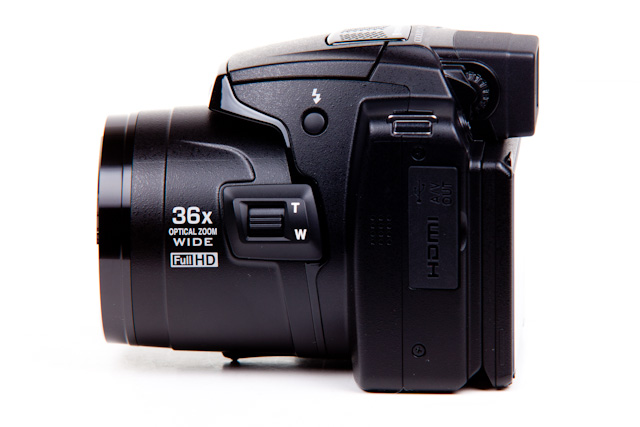 And, you’ll need to use two hands to help steady the camera when zooming way out to the max telephoto reach of the P500.  That’s not because the image stabilization doesn’t work well (it does) – it’s just because reaching out to an 810mm-equivalent is insane. 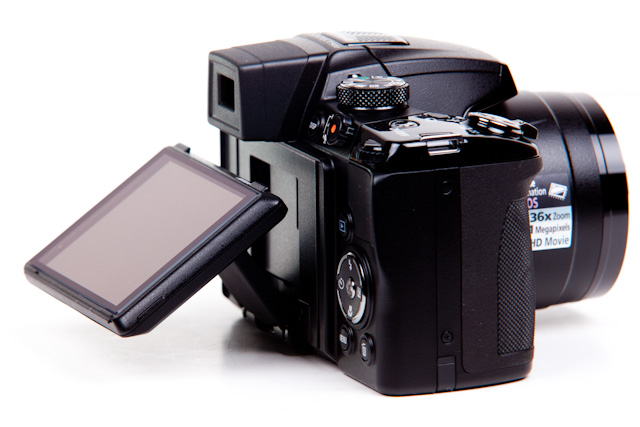 Moving to the back of the camera, you get a high-resolution, articulating 3-inch LCD.  It tilts up and down, but unfortunately, there’s no side-to-side swivel mechanism.  However, the P500 includes an electronic viewfinder – albeit at a lower 230k-dot resolution.  Even with the lower resolution, I found the EVF effective and comfortable to use.  There is a toggle button on the right side of the EVF, which lets you switch between the EVF and rear LCD as displays. 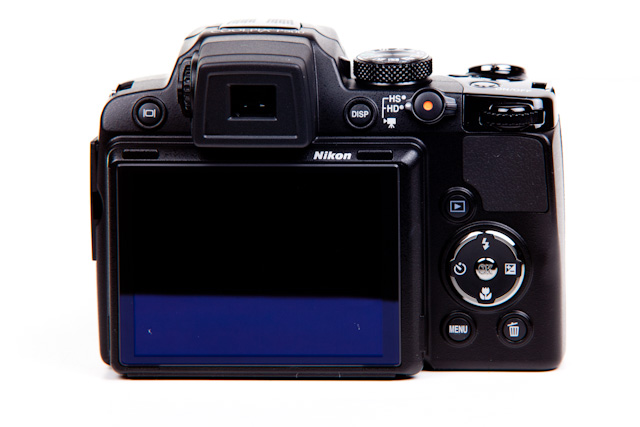 The P500 gives you quick access to a direct record button with additional kudos rewarded for the quick switch to change from 1080p HD to high-speed video capture.

A scroll wheel is found just above the thumbpad on the rear of the P500, which aids in camera settings and menu selection.  A rather standard 4-way control and set button rounds out the rear controls with the typical array of menu, preview and delete access buttons.

The P500 is a solid performer in terms of overall speed in AF acquisition, shutter delay and menu response.  It’s also very intuitive to pick up and start using.  There are no real conundrums in the menu operation.  Even the slow motion video recording is easy to figure out with the setting switch right in front of you.

And again, the zoom range is just huge.  Take a look at the following pair of images, which show you the same scene at opposite ends of the focal range of the P500.

The P500 does a solid job throughout the ISO range for a superzoom camera.  It’s still a point and shoot camera, however, so don’t expect DSLR-quality out of it.  If anything, Nikon favors noise reduction over image sharpness, which isn’t exactly a new thing with Coolpix models.  Unfortunately though, we’re stuck with JPEG image files, so there’s no ability for enthusiast shooters to take RAW files into their image editor of choice and push the noise and sharpness levels to their own tastes.

Below are a few sample images to give you a flavor of what the P500’s images look like at various ISO settings.  Feel free to right-click and choose “Save file as…” in order download the full size images for your personal inspection (not for republication). 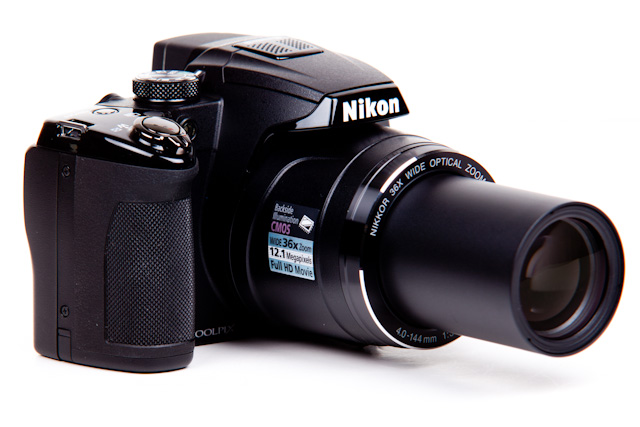 Below is a short sample of some clips I shot at both the high-speed frame rates.  Note that the 240fps footage has been up-rezzed in post from its native 320 x 240 resolution to standard VGA 640 x 480 resolution in order to match the 120fps frame size.

The slow motion feature is a very fun one on the P500.  The fact that you limited to VGA resolution in the slow motion settings is a bit of disappointment.  This resolution makes it hard to mix the video with other HD resolution video from the P500.

Even 1280 x 720 would have made a world of difference with the P500’s slow motion video.  As a result, the slow motion video options remain a bit gimmicky on the P500.  Look for Nikon and other manufacturers to pass this hurdle in the next generation or two.

For now, the P500 will deliver some decent HD video at regular frame rates, which is part of what makes the P500 a do-it-all kind of camera. 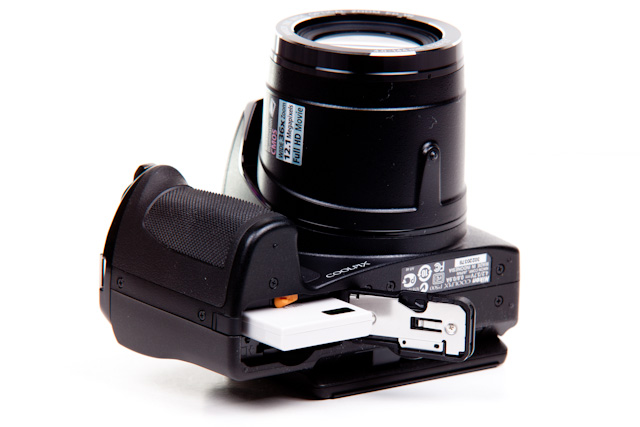 Nikon EN-EL5 Battery – The Nikon P500 comes with one of these rechargeable lithium-ion batteries; however, if you’re going to be away from power for an extended period, you can pick up spares.

Memory cards – The P500 uses SD-format memory cards, including the new SDXC format.  Nikon recommends using a Class 6 or higher rated SD card for capturing HD video on the P500.  Lexar’s Platinum 16GB SDHC card is a great fit for both its size and speed in the Nikon P500.  It’s also very affordable.  You can find more approved SD cards on Nikon’s website.

Memory card reader – If you don’t own a memory card reader, they make transferring images to your computer a world faster. I highly recommend picking one up with the P500. They’re cheap and big time saver. Kingston makes a good card reader for about $12. 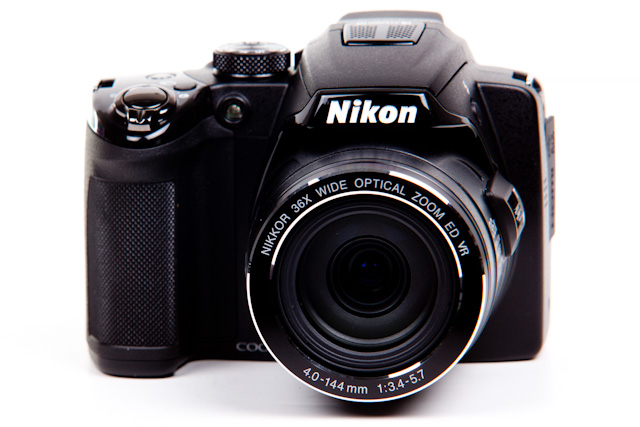 The Nikon P500 is a worthy successor to the P100.  While it is lacking some features that I think would push it over the top (e.g., RAW image capture, HD slow motion, etc.), it still has a lot to offer.  All in all, the P500 is a solid performer as a casual shooter and vacation camera. 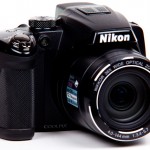 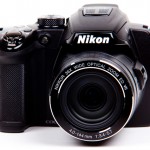 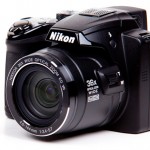 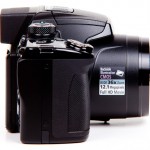 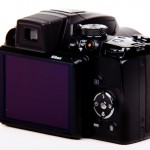 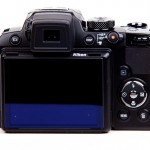 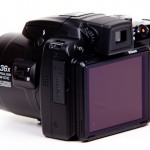 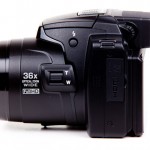 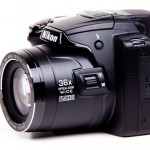 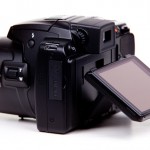 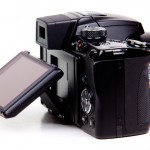 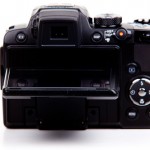 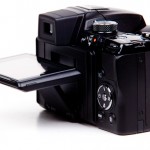 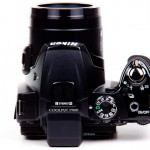 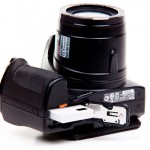 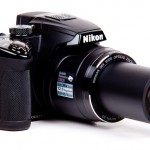 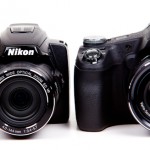 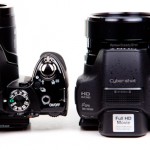 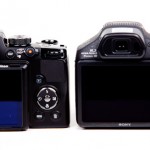