I’ve already covered how to import AVCHD files into Final Cut Pro X; however, working with AVCHD 2.0 files at 60p requires another step to get the footage into FCP X.  Still yet, it’s not so bad.

The quick workaround is to use the free Media Converter app and download the “Re-wrap AVCHD for Quicktime” preset, which takes your .MTS files and converts them to H.264 Quicktime files.  You can then import the files into Final Cut Pro X like an ordinary .MOV file from a Canon DSLR (i.e., File > Import > Files…).

Once you have the footage in FCP X, you can play it back at normal speeds in the event preview window.  When you find the portion of video you want to use, select the range you want or mark your in/out points.  Then drop the footage into your timeline.

At this point, we’re still in normal editing in FCP X.  If you want to produce the slow motion effect from your 60p footage, you’ll need to make sure your timeline was created as a 30p or 24p timeline.

When you drop the 60p footage into the timeline, you’ll notice that nothing changes.  It still plays in the timeline at normal speed, which is OK if that’s what you want to do.  FCP X will handle rendering the footage out at 24p without missing a beat. 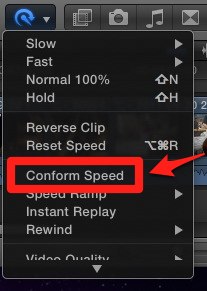 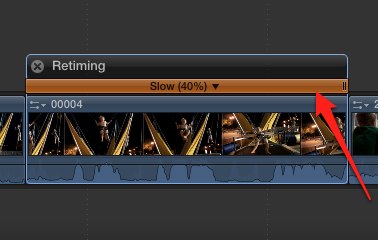 If you used the Media Converter preset with audio, you’ll note that your audio has been slowed down, which can be quite funny with dialog – particularly since FCP X maintains the original pitch.  In most cases, overcranked footage works best without the original audio.  Obviously, this is one scenario where the Sony NEX-5n’s clicking noise isn’t an issue.  Hopefully, Sony will fix this soon.

We’ve been using the Canon 7D for 720p footage at 60fps for a while. And while the 7D has performed admirably, the NEX-5n makes the other APS-C cameras a bit obsolete in the overcrank department.

The NEX-5n offers one of the most affordable ways to get 1920×1080 footage at 60p.  I suspect a lot of folks who rely heavily on overcranked footage in their productions are going to be all over the NEX-5n.