I had the chance to sit down with a Nikon technical manager and talk about the new V1 and J1 mirrorless cameras.

The biggest difference for me when handling the Nikon V1 and J1 is the lens size.  In my Sony NEX-5N review, I pointed out that the lens size was a shortcoming of an otherwise compact system.  And while I’m not ready to say the Nikon 1 Series is better or worse than the Sony NEX or Olympus/Panasonic Micro Four Thirds systems, it is clear that the 2.7x crop sensor allows for a much more proportional lens design that “fits” the camera body better. 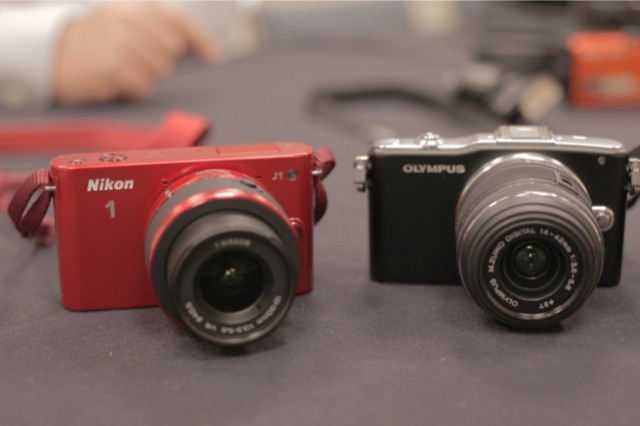 The camera body size of the Nikon 1 Series cameras is not so much smaller than compact mirrorless cameras like the Olympus E-PM1. 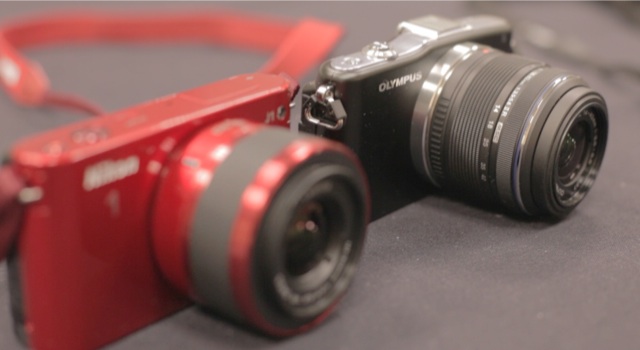 When you hold the cameras in your hand though, it’s clear that the bigger kit lens on the Olympus E-PM1 is more cumbersome on the compact camera body.  That said, it’s not so extreme as the NEX series with its APS-C sensor, which require bigger, DSLR-sized lenses.

The Nikon 1 Series impresses on size, speed and feature set.  Of course, there’s a whole lot more to determining whether its the right camera for you.  Nikon says the target market isn’t the DSLR user base.  And, I think they’re right about that.  I think the Nikon 1 Series fits the point and shoot users who are ready to move up to something a little higher quality, but may be a little intimidated by DSLRs.  Time will tell if the Nikon 1 Series becomes a hit in spite of its late arrival to the mirrorless market.