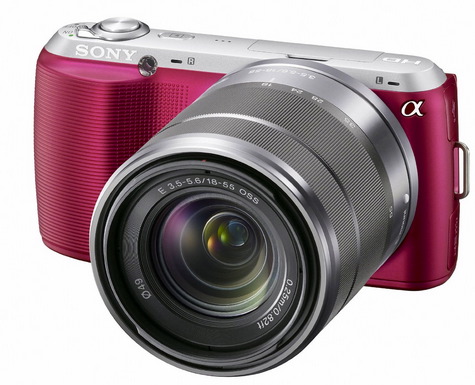 The Sony NEX-C3 rounds out the bottom end of the NEX line; however, it’s still quite the full-featured camera.  I’ve already raved about the Sony NEX-5n (aside from a now-fixed problem with the audio capture in movie mode).  The NEX-C3 is just as impressive of a camera to me.

It offers a 16.2MP CMOS image sensor and captures 720p HD video in an easy to use MPEG-4 format.  It is a full-time live view camera, which means you don’t have to put your eye up to the viewfinder in order to frame your image.  In fact, there is no viewfinder.

The Sony NEX-C3 is a “mirrorless” camera, which offers the same APS-C sized sensor as found in DSLRs like the Nikon D3100 and Canon Rebel T3i. As a result, it is somewhat of a competitor to these larger (and some would say, ‘more serious’) cameras.  However, the Sony NEX-C3 also competes head-to-head with the large offering of mirrorless cameras in the Micro Four Thirds lineup, as well as other interchangeable lens models from Samsung and Nikon. 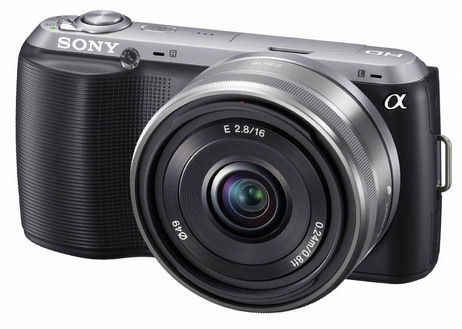 The 16mm f/2.8 lens is nearly the perfect fit for ultra-compact carry though.  That said, my wife regularly packs the NEX-C3 with the 18-55mm kit lens attached in her purse.  She used to carry around a Canon G12, and the NEX-C3 kit really isn’t that much more of a burden.

Sony has a lot of things going for it with the NEX line.  The focus is fast on every NEX camera I’ve ever used, and the NEX-C3 is no exception.  Additionally, the image quality is just as good as what you’ll get out of most entry-level DSLRs.

If you’re pixel peeping, you may notice that one camera is better than the other; however, if you are that discerning, you probably aren’t the target audience for the NEX-C3 anyway.  As far as image quality goes, the NEX-C3 delivers more than enough for any casual photographer and most enthusiasts and pros to boot. 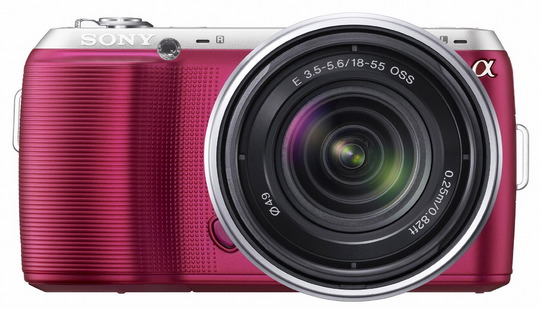 What’s more is that the Sony NEX-C3 is available in pink. Personally, I’m not a big fan of pink cameras, but for some reason lots of girls seem to love them.  And that was THE selling point for my wife.  Now, I’m not going to buy a pink camera just because it’s pink . . . it has to deliver the goods too.  And, the NEX-C3 does just that.  The fact that it comes in pink made it an easy sell on my wife. 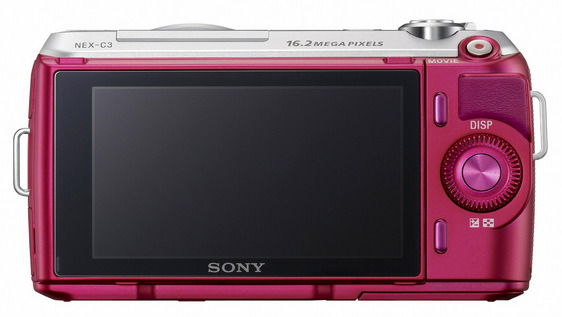 In terms of user experience, the NEX-C3 is an easy camera to get to know.  It has a separate shutter release and movie record button for still images and video capture, respectively.  Additionally, the tilting LCD screen is great for shots of kids because you don’t have to get down on your hands and knees in order to frame up a shot on their level. 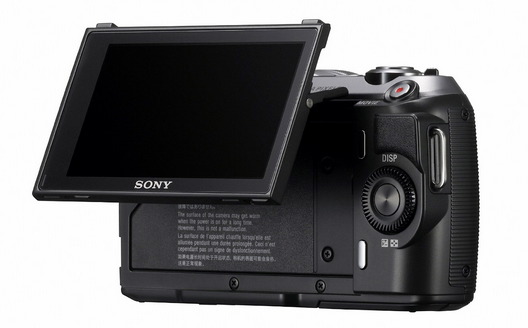 Controls are simple once you adjust your way of thinking to Sony’s on-screen mode dial.  There is a lot of custom control available if you are more of an experienced photographer; however, it may prove frustrating to dig through the menus.  However, I find that the camera functions quite well in Auto or Program mode for the typical snapshots that we use it for.  If you are a control freak and thinking about a mirrorless camera, might I suggest the Sony NEX-7 or Fuji X-Pro 1.

Like the Sony NEX-5N, the NEX-C3 does not include a built-in flash.  Instead, the camera ships with a detachable flash that screws into a proprietary mount on top of the camera.  This is one reason I feel that the NEX-5N and NEX-C3 stay in consumer land since you can’t extend the strobist capabilities that much (which is totally fine for what they are).

My practice and recommendation has been to leave the flash attached at all times. The flash flips down when not in use and doesn’t add that much more bulk to the camera.  Flip the flash up and camera recognizes what’s going on and will turn it on and add some fill flash to your images.

Lens selection is a little scant for the NEX cameras at the moment; however, the new Sigma 30mm f/2.8 EX DN looks promising.  I just ordered one and will pass along my thoughts on it after I have a chance to put it through the paces.  Sony or someone really needs to develop a pancake prime lens in the 25mm to 40mm range at f/2 or brighter for the NEX-mount.  I think such a lens would be a killer walkaround lens for the NEX-C3 and other NEX models.  I find the 16mm f/2.8 just a little too wide as an all-purpose lens.

All in all, I highly recommend the Sony NEX-C3 as a go-to camera for anyone looking to step up from a point and shoot camera to a camera that will enable them to take higher quality images.  The NEX-C3 is a camera that I personally purchased and have absolutely no regrets in that purchase.

It’s simple, small and will instantly provide better images than what you are accustomed to seeing out of a point and shoot model.  Even though most of our images with the NEX-C3 end up on Facebook or no larger than 5×7 prints, the images are markedly improved from the Canon G12 that it replaced.

The NEX-C3 is available from Photography Bay’s trusted retail affiliates at the following links: