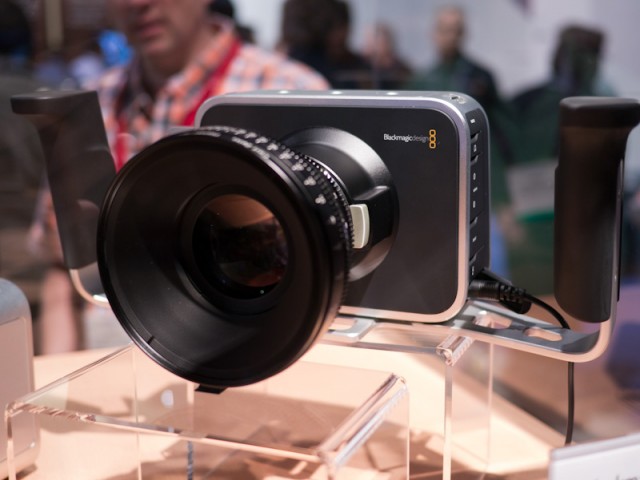 I walk onto the NAB 2012 show floor this morning to be greeted by a new Blackmagic Cinema Camera.  It certainly doesn’t look like other cinema cameras on the market; however, it’s a very intriguing camera on its own. 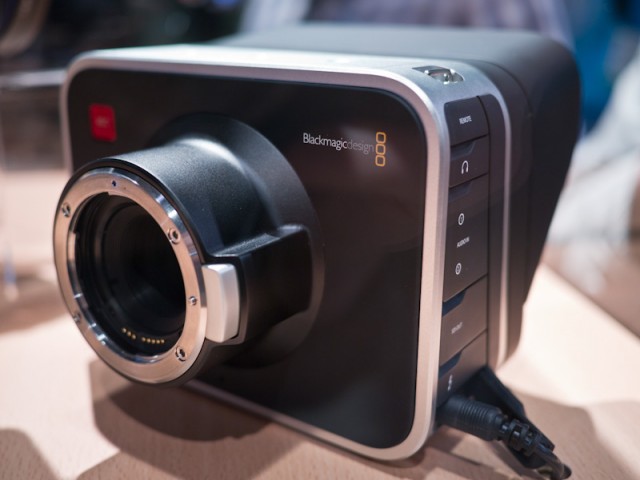 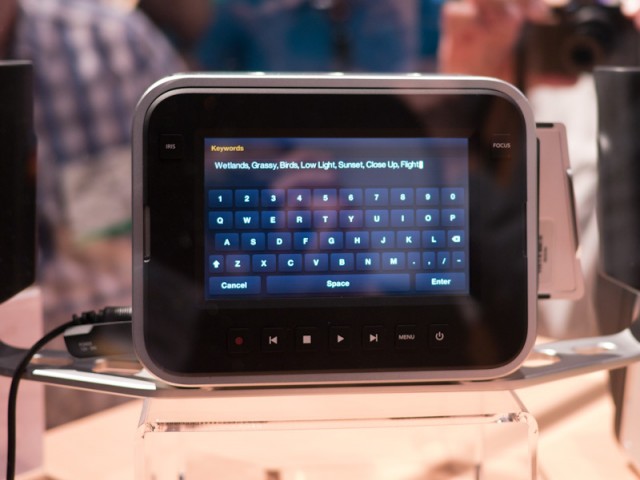 The display is a 5″ LCD is at 800 x 480 resolution with capacitive touchscreen control.   The lens mount is EF and ZF mount compatible with electronic iris control. 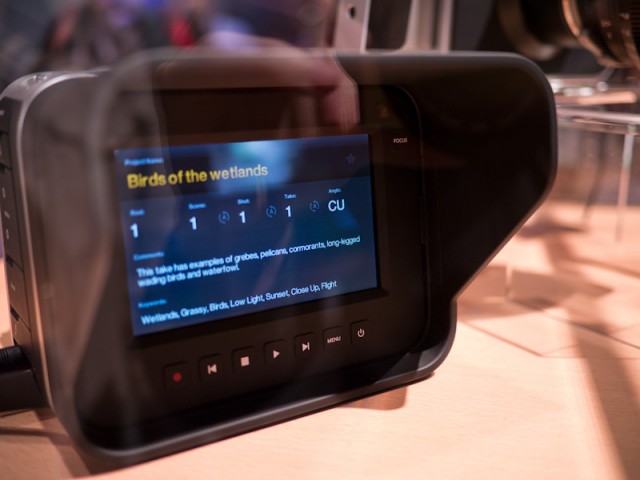 Video is recorded to a removable 2.5” SSD that is formatted to Mac OS Extended format. (SSDs can be formatted on any Mac or use Mediafour MacDrive (not included) on a Windows PC.) 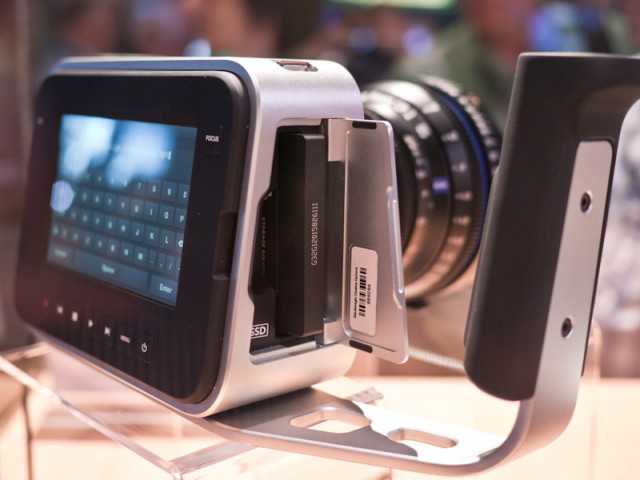 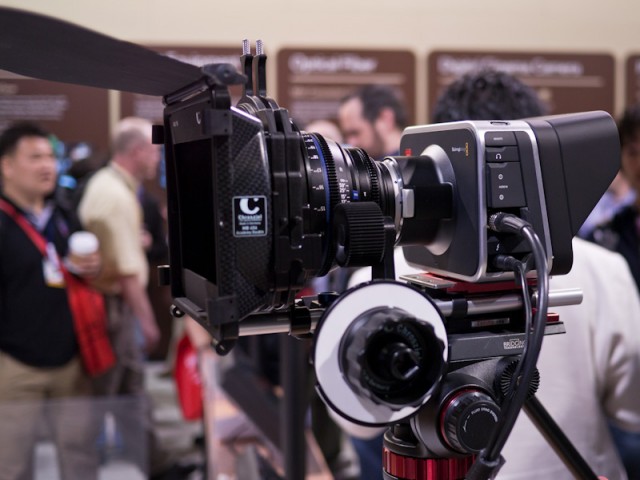 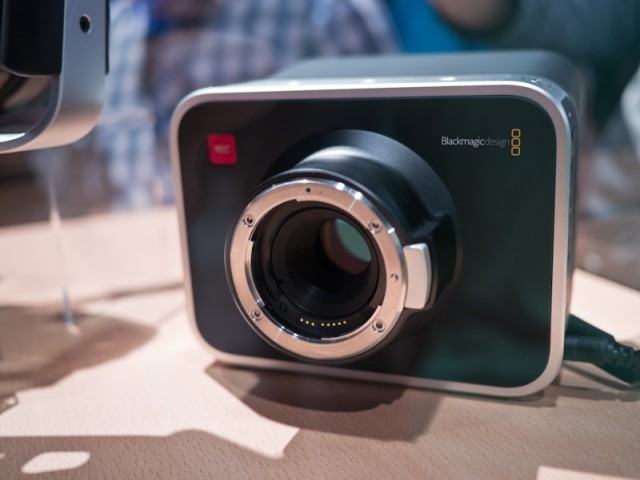 The Blackmagic Cinema Camera is priced at $2995.