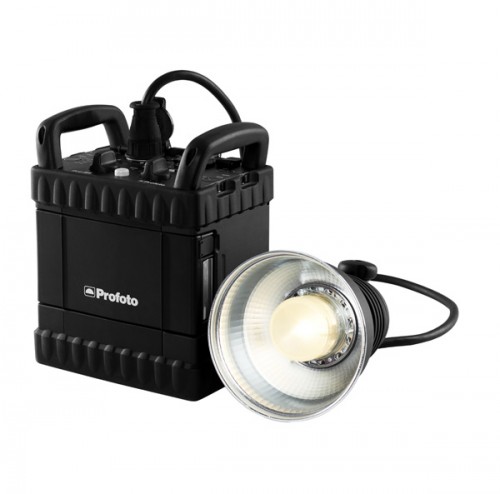 Profoto has announced the new Pro-B4 1000 Air with a crazy flash durations down to 1/25,000 of a second (significantly improving on the speed of the Pro-B3).  The Pro-B4 1000 Air can fire up to 30 flashes per second at the lowest power setting and will recycle in less than a second at full power.  Power output is controlled in 1/10 f-stop increments and can be displayed in f-stops or watt seconds.

The Pro-B4’s Li-Ion battery can fully recharge in under 45 minutes and can even be recharged while in use.  The chassis is solid-cast aluminum and is wrapped in a sturdy rubber frame to handle those rough gigs.