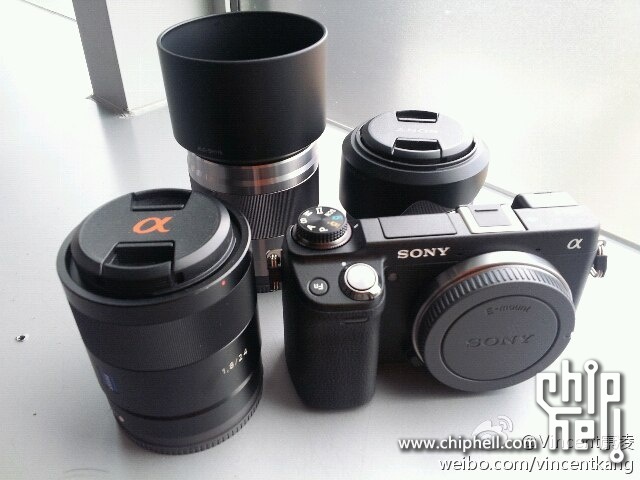 Here’s yet another leaked image of the upcoming Sony NEX-6.  Note the electronic viewfinder that can be seen on the back left corner of the camera.  Some readers had asked about it in prior posts.

The Sony NEX-6 is due to be announced on September 12 as a mid-range mirrorless camera situated between the Sony NEX-5R and NEX-7 in the lineup.  As a refresher, the expected specifications are listed below.