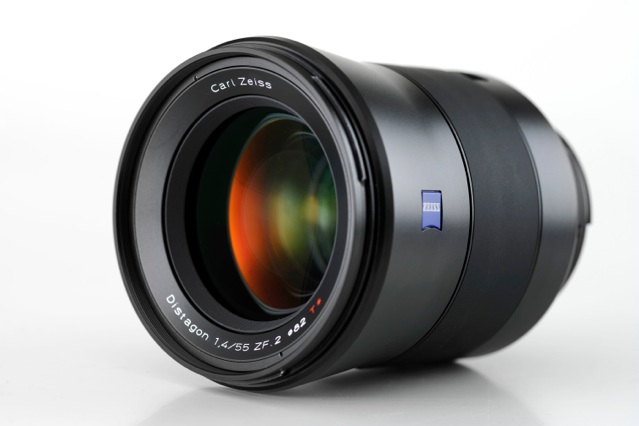 Zeiss has announced its new 55mm f/1.4 Distagon T* lens for Canon and Nikon mounts.  The new lens is first model of a new product family from Zeiss.

“Thanks to a newly developed optical design, this lens is superior to conventional full-frame lenses, and it achieves with powerful full-frame, full-format cameras an image performance that until now has only been seen with medium-format systems. The first prototype of this new range will celebrate its world debut at photokina. The family of lenses is expected to be on the market in the second half of 2013 for EF bayonet (ZE) and F bayonet (ZF.2).” -Zeiss Press Statement

Along with the announcement of this new lens, Zeiss revealed that (at Photokina 2012) it would be showing a sneak preview of “a new family of autofocus lenses for mirrorless system cameras (CSC) that will most likely be available in mid-2013 . . . . We are convinced that as a result of the new and very high-quality cameras and lenses that are coming onto the scene, this market will become even more important. We see lots of potential, which is why we will offer more products for this target group in the future . . . .”