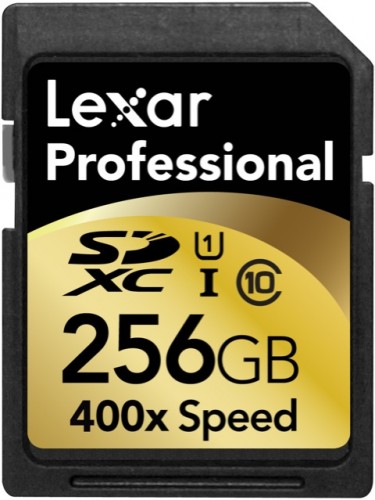 Lexar announced a new 256GB SDXC UHS-I memory card at Photokina 2012.  While Lexar get’s the claim the world’s largest SD card for a short time, the new card will retail for $900 when it arrives in stores next month.

The new card offers a minimum guaranteed read speed of 60MB/s; however, Lexar is mum on the write speed, only saying that it is slower.  Of course, the Class 10 certification means that it will handle HD video from any camera that uses SD cards, which is most likely the only real purpose for using a card this big . . . for now.