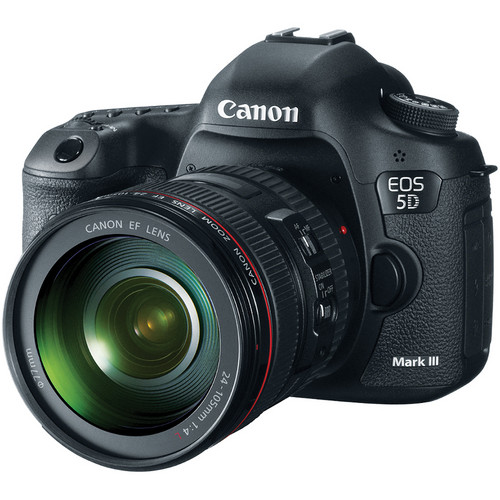 Canon just announced a powerful firmware update for the 5D Mark III.  The new firmware, due April 2013, will provide uncompressed HDMI output for 4:2:2 8-bit video capture via an external recorder.

Additionally, the 5D Mark III will gain the ability to autofocus at f/8 when equipped with Canon teleconverters (akin to the recent firmware update of the Canon 1D X).

A bit ironic that Canon announced this right after the new Magic Lantern firmware update that unlocks HDMI-out for the 5D Mark III, no?

You can read the full Canon press release below.

When shooting video, HDMI Output makes possible the recording of high-definition uncompressed video data (YCbCr 4:2:2, 8 bit) from the EOS 5D Mark III to an external recorder via the camera’s HDMI terminal. This, in turn, facilitates the editing of video data with minimal image degradation for greater on-site workflow efficiency during motion picture and video productions. Additionally, video being captured can be displayed on an external monitor, enabling real-time, on-site monitoring of high-definition video during shooting.

Even when the EOS 5D Mark III is equipped with an extender and lens making possible a maximum aperture of f/8, the firmware update supports AF employing the camera’s central cross-type points (currently compatible with maximum apertures up to f/5.6). Accordingly, the update will allow users to take advantage of AF when shooting distant subjects, benefitting sports and nature photographers, particularly when using telephoto lenses.

The new firmware update will be available, at no charge, in April 2013 from the Canon U.S.A. website and can be downloaded by end users or through Canon Factory Service Centers.