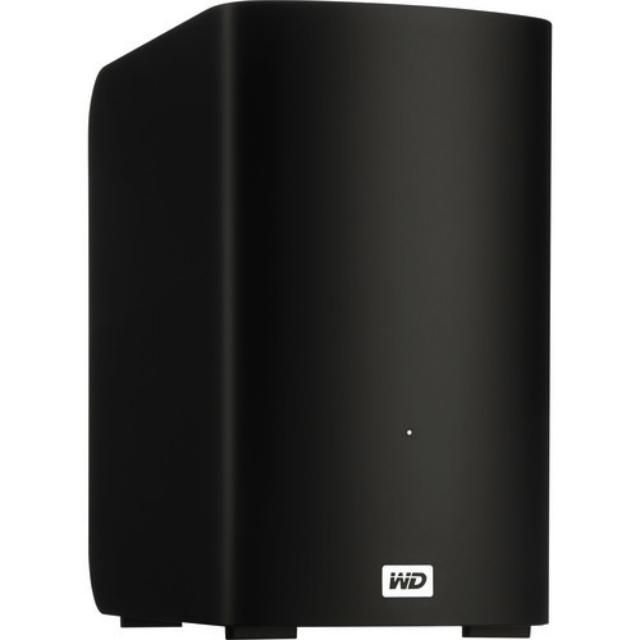 The Western Digital VelociRaptor Duo Thunderbolt drive is a power-user’s dream external drive kitted out with two 10,000RPM VelociRaptor drives. Inside the box, WD includes a Thunderbolt cable (a $50 accessory), which was missing from the original WD My Book Thunderbolt Duo.

The drive has two Thunderbolt ports, which allows you to daisy chain it with other My Book Thunderbolt Duo or VelociRaptor Duo drives. Additionally, you can add a displayport monitor at the end of the chain. 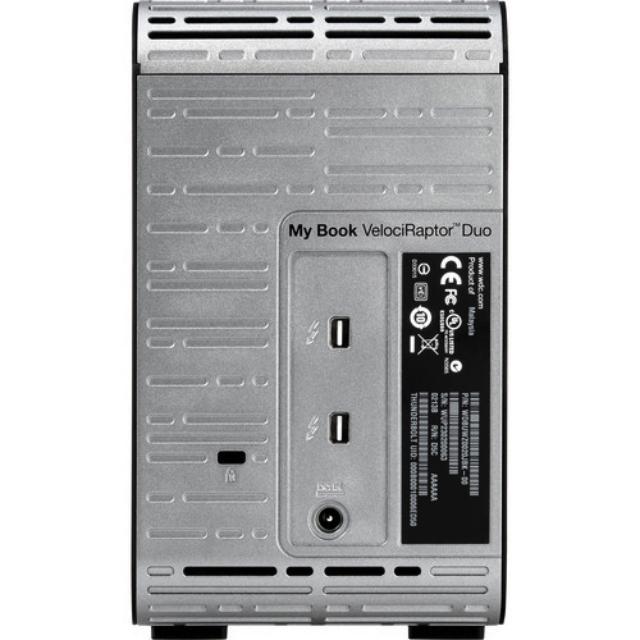 WD ships the drive preformatted as Mac OS X HFS+ journaled in RAID 0 to take full advantage of the speedy drives. It can also be formatted as RAID 1 or JBOD; however, that would make no sense for a drive like this since you would be losing the crazy speed advantage of the 10,000RPM drives in RAID 0. If you are looking for a RAID 1 or JBOD (just a bunch of disks) Thunderbolt solution, go with a standard WD My Book Thunderbolt Duo drive. 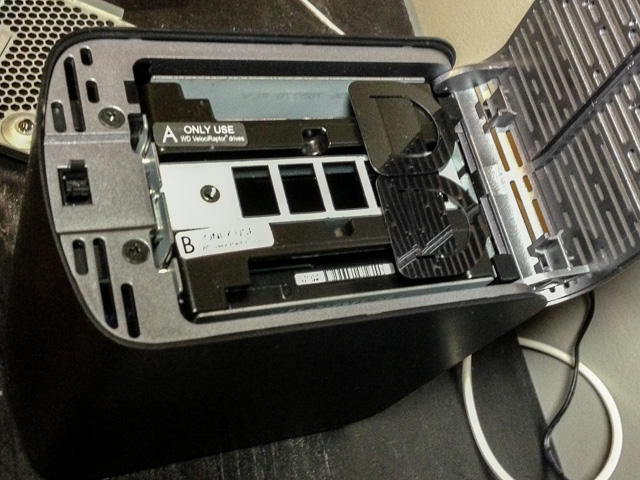 The VelociRaptor Duo has user accessible drives, so replacing the drives is as easy as opening the top of the case and lifting out a drive. WD notes on a warning label that you should only replace the drives with WD VelociRaptor drives though. Of course, there is also the peace of mind that the unit comes with a 3-year warranty from WD to cover any problems that you have with the unit.

WD claims write speeds of 380MB/s and read speeds up to 400MB/s. I didn’t quite get that out of my set up with my MacBook Pro attached to the VelociRaptor Duo; however, the 344.2MB/s write speed and 364.9MB/s read speed were still much faster than the 240MB/s-ish speeds I got out of the standard My Book Thunderbolt Duo. 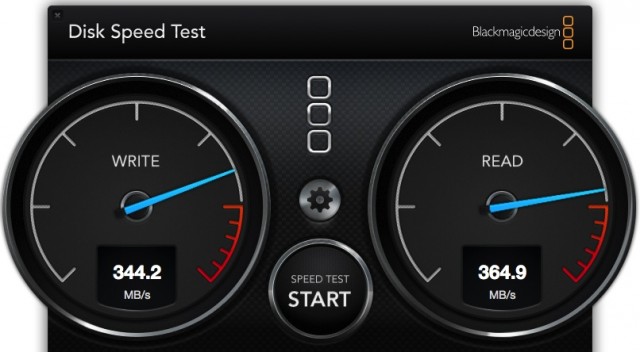 In terms of everyday use, I’ve been using the drive for weeks with a DVI monitor as a second screen attached to the drive using a displayport-to-DVI adapter. Not a single problem has arisen in my normal usage. Working with photo and video files, the VelociRaptor Duo has handled everything I’ve thrown at it with ease.

The only gripe I have is that it can be a bit noisy as a desktop unit. It can be annoying, but it doesn’t really interfere with my workflow. If I’m doing some critical audio mixing, I’ve either got my monitors turned up loud or I’ve got my Sony MDR-7506 headphones on my ears. A bit of noise is part of the price you pay though to have so much speed out of spinning drives.

While the current price of $850 for a 2TB drive seems out of the ordinary, it’s the speed you pay for. And, short of an SSD drive, you’re not going to approach this kind of performance for this price. Moreover, when you consider the storage space vs. speed, you can’t quite touch this with an SSD drive or array just yet.

LaCie offers a 1TB external SSD Thunderbolt unit; however, the price tag is $1000 for a single terabyte. LaCie’s drive is built with dual 512GB SSD drives configured in RAID 0, which pushes it to disk read/write speeds of around 800MB/s. So, SSDs will definitely allow for even more speed, but the price is still at a premium for half the storage space of the Velociraptor Duo.

If you need the SSD kind of speed and more storage space, as noted above, you can daisy chain VelociRaptor units with each other or with the standard My Book Thunderbolt drives. Doing so will maintain the RAID 0 configuration across drives for some massive storage and speed options.

If you daisy-chain two My Book VelociRaptor Duo units together in RAID 0, WD claims write speeds go up to 760MB/s and reads speeds hit 800MB/s . . . and, of course, you’ll have 4TB of disk space to go with all that speed. Adding the standard My Book Thunderbolt drives to the daisy chain will also increase speeds, but not at the same rate of doubling up with VelociRaptor Duo units. 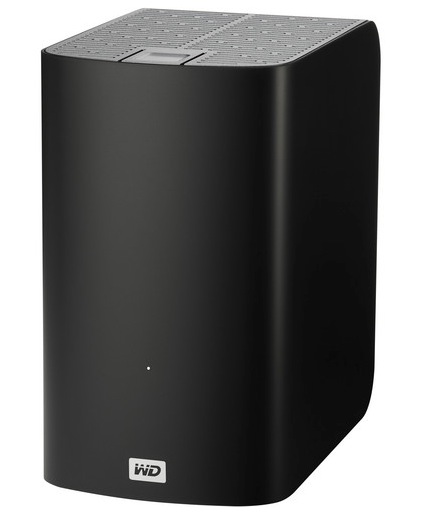 You can find the WD My Book Thunderbolt VelociRaptor Duo on Western Digital’s website, B&H Photo and Amazon.com.