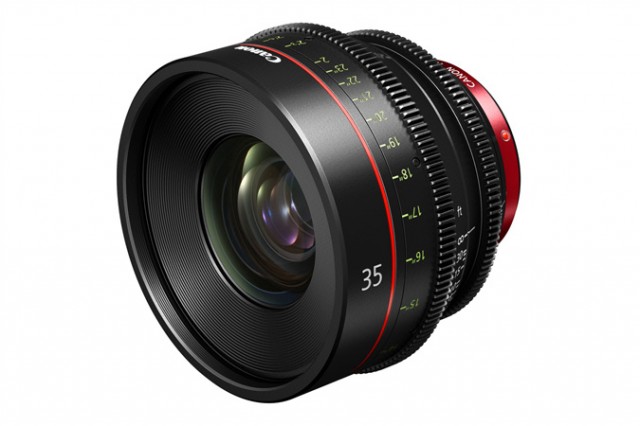 Complete specs aren’t yet available; however, it should provide a T-stop around T1.3 or T1.5  in order to fit in nicely with the current 24mm and 50mm primes. As with the other models, the new 35mm will sport an 11-blade aperture diaphragm and should be spec’d to deliver 4K optical performance.

No word yet on availability or pricing; however, if the existing CN-E prime pricing continues with this model, expect it to be in the $5,000 range.